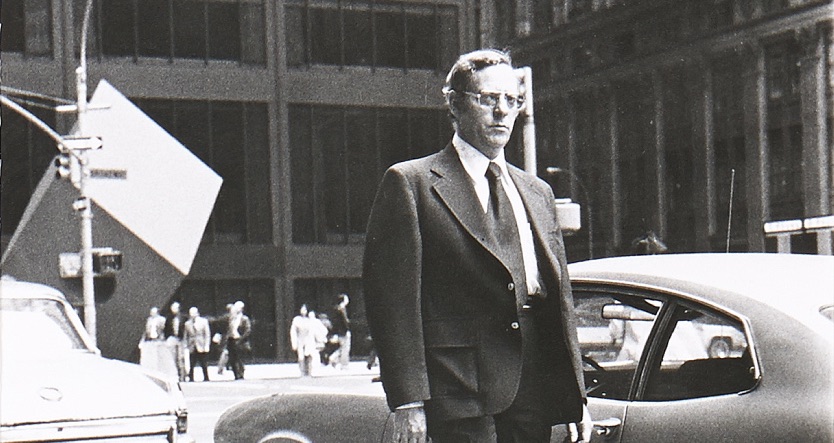 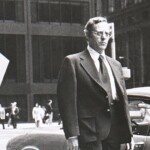 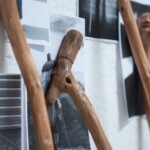 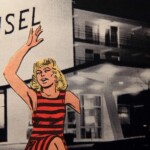 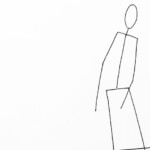 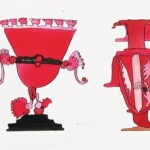 For its last exhibition of 2020, Grieder Contemporary presents works of five renowned international artists. Each artist occupies one wall of the exhibition space, giving way to a dialogue between recent and older pieces, which include photography, installation, drawing and sculpture. Additionally, videos of each artist (except Matt Mullican) will be screened during the exhibition.

The series “Given Names” (1976) is one of the many works that conceptual artist and musician Dieter Meier carried out in the public space. The photographs depict people in the street who were given names invented by the artist. The names seem to match the outer appearance of the unwittingly involved passers-by and raise questions about physical features and premature judgements of people.

“Walking logic” (2017) is an installation inspired by Christian Jankowski‘s visit to Bratislava. He rests sticks against the walls of the gallery and uses them to hold images that illustrate the use of these sticks throughout the ages. Jankowski was particularly interested in these objects that have been used as a support, weapon and symbol for the walker for thousands of years. A surprising dialogue emerges from the juxtaposition of the carved wooden faces and the illustrated faces.

The exhibition includes a series of stills for films that reflect the process of Lewis Klahr film-making but which are stand-alone works that explore the treasure chest of rich associations and chance encounters that make up Klahr’s very particular but vast archive.

The “Stick Figure Set” (1974-1975) represents Matt Mullican‘s iconic stick figure from the late seventies. The artist represents an imaginary character called Glen who is reduced to the maximum degree of abstraction and the simplest possible graphic representation. The ink drawings combine childlike simplicity with an immense power of expression.

In the serie of drawings “Melting Sun” (2014) Christine Rebet has taken the precious objects, which have always been associated with wealth, beauty and exclusivity, and transformed them into forms offering a raft of associations and sociocritical interpretations.

Opening hours Friday 11 am – 6 pm, and by prior arrangement