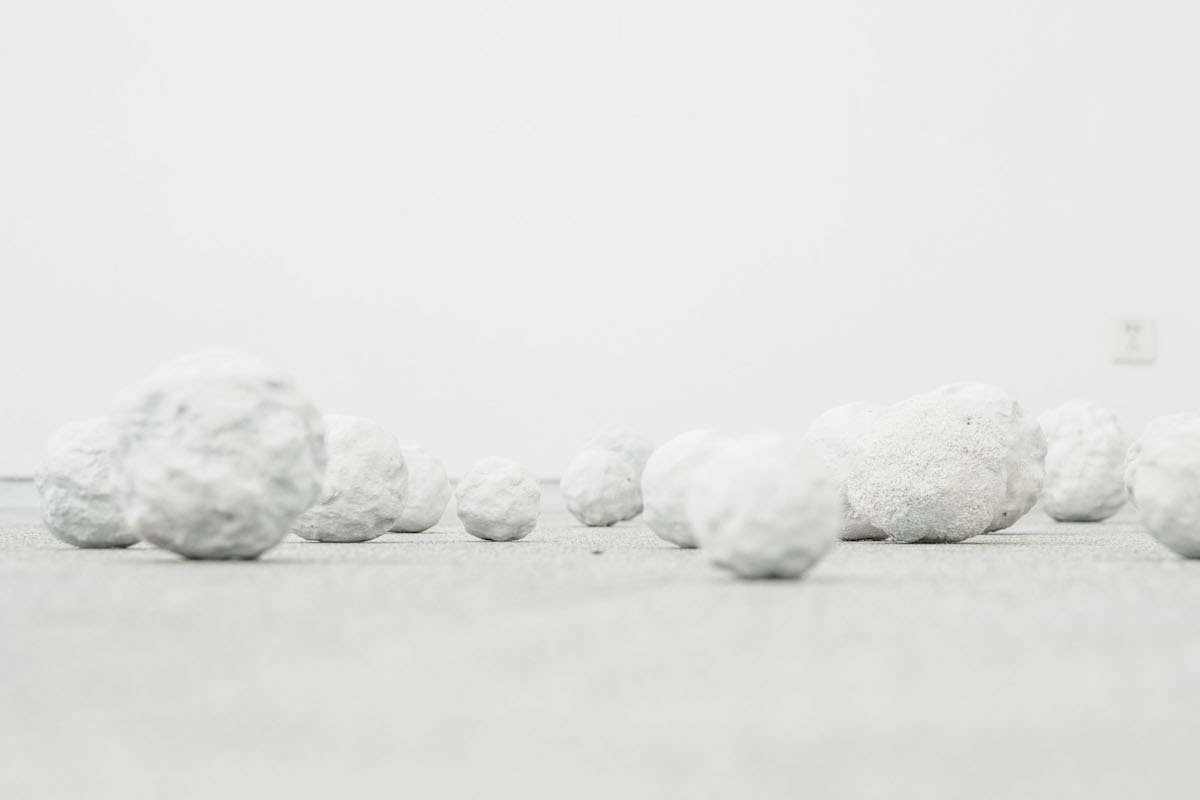 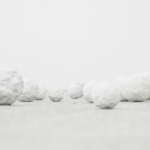 Featured at this exhibition are Aida Makoto, one of the gallery’s representative associated artists, and Sone Yutaka. The artists, both of them born in 1965, have maintained a longstanding private friendship, but present their works together in an exhibition for the very first time here.

Sone is presently based in Antwerp, Belgium, while also working in ateliers he maintains in Chongwu, Fujian (China), Guadalajara and Michoacan (Mexico), and Takamatsu, Kagawa (Japan). Next to large sculptures made from marble, and performances staged using sculptures, Sone operates across a wide range of artistic formats, including also video, installation, and drawing.

In Akita, where he found an opportunity to set up residence amidst the travel restrictions due to Covid-19, Sone teamed up with a number of acquainted artists and curators, and together they launched the “Summer 2022” project that runs from this October until March 2023. There once was a certain movement in the US that occurred primarily in and around San Francisco. It was a time when the Vietnam War was in full swing, and a sense of stagnation was spreading among the American populace. Against that backdrop, young people became aware of the numerous contradictions in their society, and began to deny consumerist values, believing that they could change the world by non-violent, spiritual and meditative methods. Opposing war, and promoting free love and exemption from military service, they expressed themselves through a variety of means, including gatherings, drugs, music, painting and poetry. The phenomenon that encompassed all of these activities, commonly referred to as the “Summer of Love,” has significantly contributed to the establishment of counterculture. One may understand it as a big social experiment with the aim to find ways for mankind to retain its humanity.

Coming 55 years later in 2022, the “Summer 2022” project was inspired by the feeling that, in a situation of increasing social unrest fanned by incidents like the ongoing worldwide spread of Covid-19, and the Russian invasion of Ukraine, it is necessary to speak up against the violence that increasingly proliferates directly and indirectly in our social environments. Based on the idea to overcome all kinds of obstacles such as differences in nationality, ethnic background, gender, generation and culture, and form a partnership that is just as loose by structure as it is firm regarding the position against war and violence, the artists got together with the aim to spread the word among the wider public by exhibiting works, distributing printed matter such as texts and photographs, and creating opportunities for participation in talk sessions.

The main title of this exhibition, which precedes “Summer 2022,” is taken from a telegraphic message in Morse code that contains the command to attack Pearl Harbor: “Niitakayama nobore 1208.” At 3,952 meters, Mt. Niitakayama (Yu Shan) is the highest mountain in Taiwan. Taiwan was at the time under Japanese rule, and from the fact that Mt. Yu Shan was higher than Mt. Fuji, it was given the Japanese name “Nii (new) taka (high) yama (mountain).” The meaning of “Niitakayama nobore 1208” can be interpreted as saying, “Aim at the peak and take power,” and this code is how the order to “attack Pearl Harbor on 12.8” was delivered.

At this exhibition, Sone presents his work “Snowballs” (2017), a ceramic sculpture modeled after snowballs made using actual snow from Mt. Yu Shan, and new landscape paintings of the mountain. Aida Makoto chose “A Picture of an Air Raid on New York City (War Painting Returns)” (1996), his most well-known painting, to be shown at the exhibition. Through their works, responding to the signs of the times and social conditions, the two artists present to us the origins and obligations of art, and its potentials in terms of development, including the translation of shapeless memories into sculptures, and the richness of human imagination that transcends reality. The artists’ sincere attitude and demand to look at our own history of causing damage before making anti-war and anti-violent statements, will encourage visitors to dig once again in their memory regarding invasive attacks on collective bodies.

During the exhibition period, a mimeo newspaper will be printed based on texts and comments from the artists themselves as well as various other people, as a medium to connect this event to the “Summer 2022” project. The exhibition will only be open for three weeks, and we hope that you won’t miss this valuable opportunity.