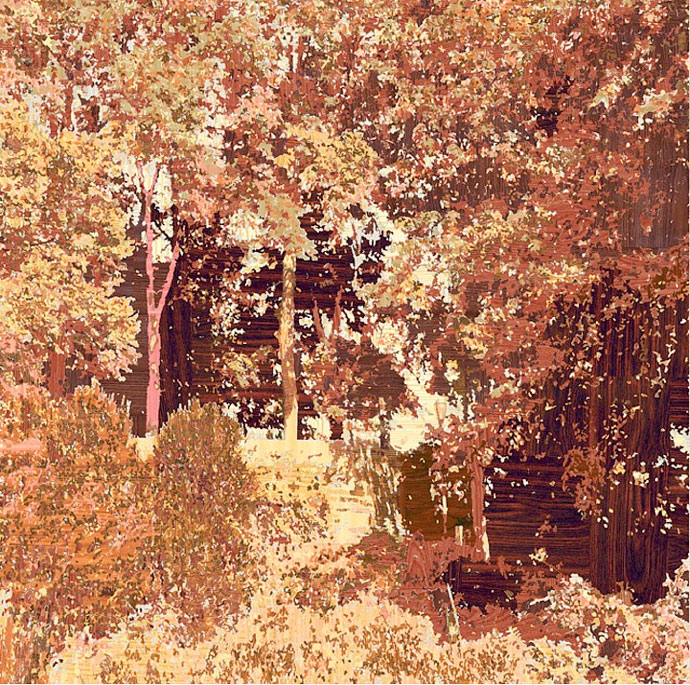 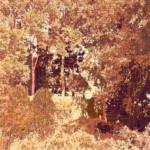 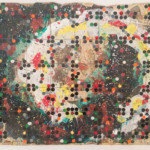 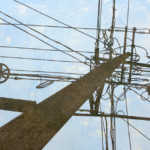 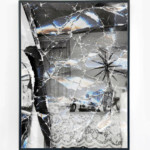 Margaret Thatcher Projects is pleased to announce “Alternative Perspectives”, a group exhibition of works by Gary Carsley, Nobu Fukui, William Steiger and Raphael Zollinger. Working in diverse mediums and methods, each artist’s works reflect the notion of fragmented imagery, the blurring and bridging of personal and collective memory, and the complexities of re-framing the image by processes of layering and collaging; resulting in works that are metaphorically rich. The exhibition serves as a portal for contemplating the impact of how fluctuating perspectives come into play in questioning and examining the relationship we have to our environment, and how memory and belief systems play their part to alter that perspective.

Sydney-based artist Gary Carsley coined a term “Draguerreotypes”, a nod to the historic photographic technique Daguerreotypes, to describe his digitally rendered works. Carsley being his draguerreotypes, by taking photographs of important international parks then outputs them as photographic monoprints. He then schematizes them into layers of dark and light, and from a vast archive of scanned adhesive laminated faux wood grain motifs, he builds a collaged image fragment by fragment. The results are images that look like highly complex pieces of marquetry, but which in reality exist only as digitized faux copies of nature. They are designed and curated representations of nature rather than nature itself, or as it can be called in this context, “dragged” nature.

Nobu Fukui was born in Tokyo, Japan, and came to the United States in 1962. Fukui, known for his lush paintings in which he uses clippings from manga or American comics as readily as he would from fine art magazines. The artist appropriates the iconic imagery of cartoon heroes, major artworks, political figures, and celebrities for insertion in his work. Scattered in a frenzy of color, the images, cut paper, and beads that adorn his surfaces sparkle with vitality and embrace the velocity of imagery to which we as a society have grown increasingly accustomed.

William Steiger‘s hand-cut collages using artist-made marbleized paper continue to explore familiar themes of urban and rural landscape and architecture in clean, precise lines and forms. In this exhibition Steiger sets his unsentimental vision on humble telephone poles and their tendrils of communication wires. The soaring view Steiger gives us imbues these ubiquitous structures with the majesty of important architecture.

New York based artist Raphael Zollinger combines languages inherent in both sculpture and photography to construct forms that break down the distinctions between image and object, expression and documentation, icon and index, art and technology. Image and form are fused to function as a lens looking at both the past, by way of imagery carried on the surface that captures specific autobiographical moments, while remaining rooted in the present, by way of the object’s digitally derived facture. This process enables Zollinger and the audience to question how objects and images build and shed meaning over time within a screen-based culture.