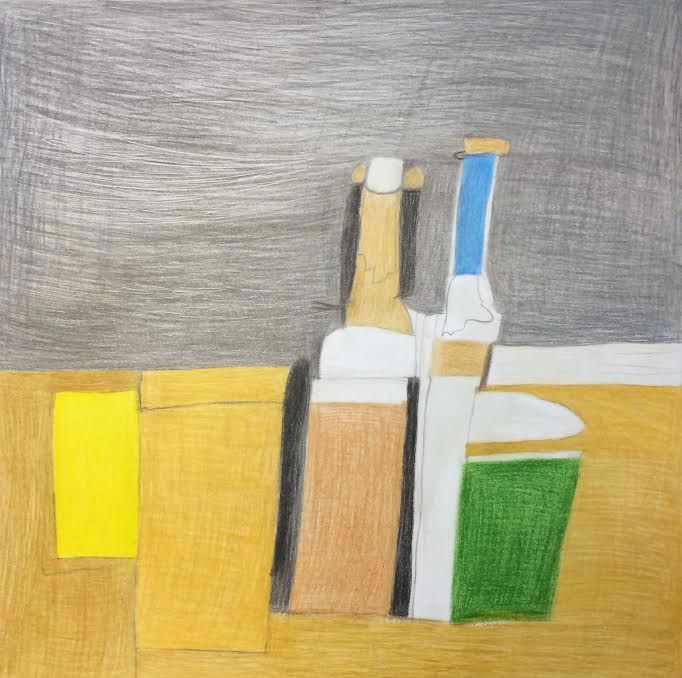 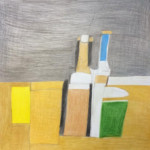 Morgan Lehman is pleased to present a selection of drawings by Andrew Hostick. This the artist’s first exhibition with the gallery.

Hostick is self-taught, taking as his subject the advertisements and reproductions found in various art magazines including “Art In America” and “Artforum”. In each drawing Hostick inscribes and scores the mat board with heavy-handed marks, slowly building up a velvety sheen of colored pencil. The resulting works constitute a beautiful collapse of both primitive and contemporary sensibilities, and comment directly on a sort of voyeuristic access to an Art World largely inaccessible to the artist as outsider practitioner.

Andrew Hostick originally became interested in creating art in high school. In 2010 he joined the Visionaries + Voices Studios in Cincinnati, Ohio, and since then has developed a focused studio practice.