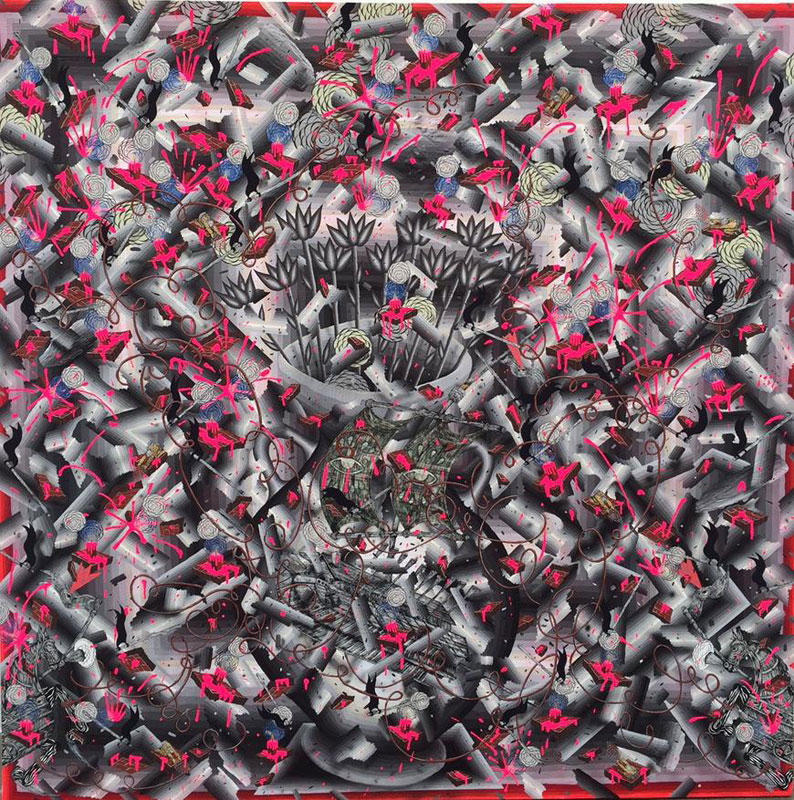 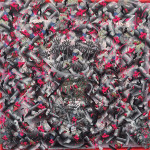 Mark Moore Gallery is proud to announce “Cyclical Nature,” the gallery’s second major solo show from artist Andrew Schoultz. Inspired by the recurrent nature of war and histories bound to repeat themselves, Schoultz’s latest exhibition toggles between his signature frenetic imagery and a new stark minimalism reminiscent of various art historical conventions – though both illustrate a topical, dystopian vision.

In this new body of work, notions of war, spirituality, and sociopolitical imperialism are prominent motifs, which parallel an equally repetitive contemporary pursuit of accumulation and power. “Cyclical Nature” examines not only the repetition of the same wars, but also the way in which they are recorded and memorialized, as well as how the past is recorded (and often glorified).

“Many of the wars being fought are the same wars that have been fought for hundreds and hundreds of years. For me, it makes sense to reference some historical art that was perhaps talking about, or recording the history, and put it in a contemporary context … after all, it is the same story, just a different time period. ” -Andrew Schoultz

Referencing iconic imagery such as suits of armor, battle horses, war ships, and all-seeing eyes, Schoultz makes connections between emblems of power and violence across cultures and epochs. All too reminiscent of the modern world, Schoultz shows us a beautiful yet brutal world of power structures, and urges us to resist.