Annabeth Rosen – Tie Me to the Mast 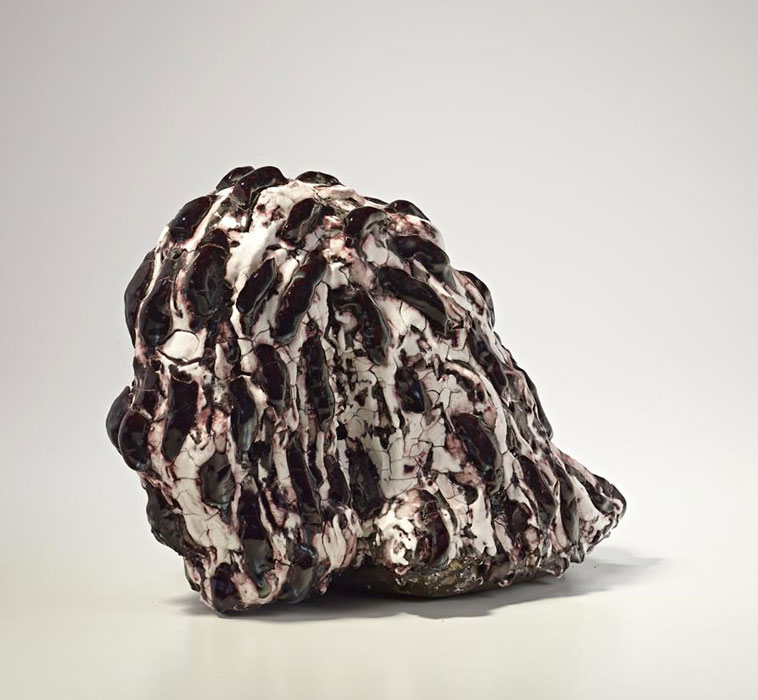 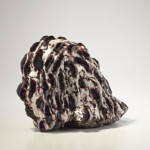 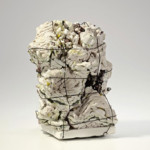 P•P•O•W is pleased to present “Tie Me to the Mast”, a solo exhibition by Annabeth Rosen, a distinguished sculptor in the community of West Coast ceramicists. Her work explores the fundamental properties of ceramics by directly confronting the aesthetic and chemical relationships between sculptural form and painterly surface. Rosen’s formally intuitive process is enabled by a complex understanding of historical conventions, composite materials, and chemical properties, placing her work in the tradition of experimental ceramicists including Peter Voulkos, Betty Woodman, Linda Benglis, and Martin Puryear.

The exhibition, her first with the gallery, will feature a series of small-scale ceramic sculptures, elaborate organic forms that reveal layer upon layer of clay, glaze, and salt, fired using a ‘salt flux’ technique, which triggers a self-glazing reaction. A signature innovation to this centuries-old technique, through this process Rosen mixes surface chemistry into the body of her work, creating a solid mass whose glaze rises to the fore during the firing process. Rejecting historical standards that distinguish decorative arts as ‘perfect’, Rosen’s practice can be described as an effort to undermine established conventions about an object’s merit, resulting in an extensive body of work that embraces the challenges of a robust studio practice: precarious balance, fissured surfaces, and accumulated fragments.

Among the works on view will be “Roil”, a large-scale sculptural work of individual ceramic forms, piled on top of one another like layered gestures. Each individual piece is painted, and together the work takes on the effect of an abstract painting, ‘framed’ in a custom pedestal made of metal. Pieced together, the work appears as if in motion, a swirling, cascading form, seemingly driven by an inner velocity.

Rosen describes the ceramic process for her as breaking down the barrier between the visual and sensual. Her works invite not only an aesthetic evaluation, but a physical one as well. Creating works that appear as if caught in a state of motion, the sculptures evoke a visceral response in the viewer, inviting them to investigate the cracks and cervices visible on the work’s surface. Interested in the way in which the clay changes through being worked and formed, Rosen pushes the limits of the material, building up works, firing them, adding new elements, firing them again, and so on, exploiting the clay to create cracks in the surface of the finished work that exposes the nature of the materials.

“My work represents a tally of touches that are informed by years of deliberate working experience,” said Rosen. “My process may allude to a desire to blur contemporary experience into something timeless and familiar, like ceramics itself. I engage in both recklessness and thoughtfulness at the same time, embracing the awkward and the unfinished, the partial and the raw.”

Though her works appear organic, found, or formed, masses of clay un-heroically yielding to the weight of their material, Rosen’s work is deliberate. Through the process of creating her ceramic works, Rosen often breaks them, a practice that she finds as interesting as the creation itself, as it reveals the possibility and potency of a shard. She fires and re-fires her work, interested in both the change in material as the work accumulates mass, as well as the way the physical material can be negotiated – its limits pushed, while simultaneously pushing the limits of what a sculpture can be.

Born in Brooklyn, New York, Rosen received her BFA from NYS State College of Ceramics at Alfred University and her MFA from Cranbrook Academy of Art. She was recently announced as a 2016 recipient of a United States Artists fellowship. She has been the Robert Arneson Endowed Chair at the University of California Davis since 1997. Rosen has taught at School of the Art Institute of Chicago, Rhode Island School of Design, Tyler School of Art and Bennington College. Rosen has received multiple grants and awards, a Pew Fellowship, two National Endowment for the Arts Fellowships, several UC Davis Research Grants, and a Joan Mitchell Award for Painting and Sculpture. Rosen’s work is in the collection of the LA County Museum of Art, The Oakland Museum of Art, The Denver Art Museum, and The Everson Museum, as well as public and private collections throughout the country. Annabeth Rosen: Fired, Broken, Gathered, Heaped, Rosen’s first major survey chronicling 20 years of her work in ceramics and drawing, will open at the Contemporary Arts Museum Houston in August of 2017. She is represented by Anglim Gilbert Gallery in San Francisco.