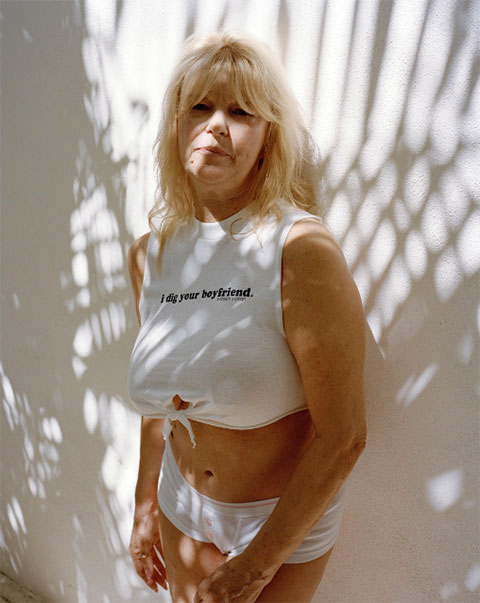 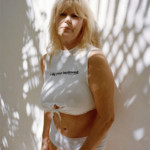 Jenna Gribbon uses first-person narration in order to reclaim the gaze upon which viewers interpret her work. The women Gribbon renders are sensual, yet consumed in their own activity and aloof to the viewer. Gribbon believes that for the audience to experience pleasure in viewing, so, too, should the subject be able to engage in that same pleasure. Her portrayals combine intimate personal experiences with historical references, balancing multiple styles of representation on the same plane to create a sense of ambiguity; though Gribbon’s work appears light and easeful, under the surface, there is much more at stake.

Also challenging the gaze upon the figure is Lindsay Burke. Burke depicts natural themes in artificial ways to lessen the gendered point of view with which one observes. She obscures references in her imagery, expanding the scope of figurative painting while inviting humor and absurdity into the conversation. Burke’s paintings challenge the ways in which bodies have been portrayed and objectified in art history.

Amanda Baldwin‘s work explores the possibilities of still life painting. Spanning across cultures and dating back to ancient civilizations, the still life has deep roots in art history. Baldwin’s interpretations take on a modern approach, depicting mundane objects as vessels to explore specific ideas. She invites texture, pattern, and layers of depth onto the canvas, skewing perceptions of the two-dimensional and three-dimensional and taking the centuries-old mode of representation to new and exciting place.

Eleanor Swordy‘s paintings exist in a wistful world of quotidian experiences that entice the viewer to join. Swordy’s figures are both primitive and modern, with curving shapes and simple attributes. They appear easeful and content, unconcerned with anything apart from the present moment. Swordy’s narratives arrive from personal experiences that she reimagines in her mind and translates with paint. She invites symbolism onto the canvas to serve as a driving force behind the moments depicted. The works carry a sense of mythology for the modern world.

Rose Nestler constructs whimsical yet familiar shapes in order to analyze the relationship between the body and its physical space. Her sculptural work incorporates ancient subject matter with contemporary materials, calling into question issues of gender and history, as well as monuments and their representations. Nestler distorts perceived notions of symbolism, incorporating natural elements and female forms into an otherwise lifeless shape. She often constructs objects of elevated meaning using cheap material, creating a conversation around historical systems and their relevance today.

Chloe Seibert, too, plays with our associated beliefs around certain objects. Her sculptures are surreal figures with both humorous and nightmarish undertones; the larger-than-life scale forces viewers to engage whether they wish to or not. Seibert’s psychological creations are composed of plaster, capturing the artist’s gesture in the materiality of the work.

Kaitlin Maxwell‘s photographs serve as studies into familial relationships, growing up, and claiming one’s own identity. In this particular series, Maxwell documents herself, her mother, and her grandmother as a means of self-discovery. The moments captured on film, both solitary and interactive, are imbued with a serene emptiness. Though generations separate the three women, you can feel a palpable sense of likeness in their dispositions and outlook on life.

Kaitlin Maxwell (b. 1994, Florida) lives and works in New Haven, CT. She received a BFA in Photography from the School of Visual Arts in New York City and is currently an MFA candidate at Yale School of Art. Her work has been featured in Aint-Bad, FotoRoom and Format.