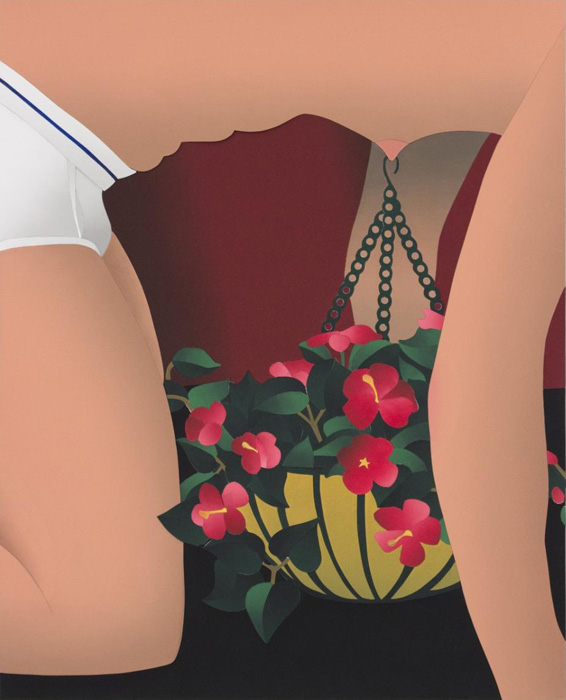 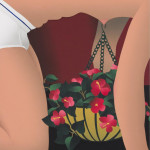 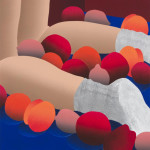 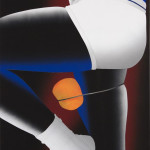 P.P.O.W is pleased to announce a one person show of works on paper and videos by Anthony Iacono. This is the artist’s first major solo exhibition in New York City. Iacono’s painted cutout collage technique updates the art historical languages of pop art and representation to further explore the body and its relationship to objects. Quotidian objects are always the foundation for Iacono’s works. Fruit, plants and curtains are reconfigured from their original functions to ones of adolescent curiosity and physical pleasure. Performative gestures interact with these objects and transform into furniture and mirror the architecture of a space. Caught in private moments of leisure and play, the subjects are posed in theatrical scenarios and frozen “still life” gestures that are heightened by a high-contrast palette and sharp graphic form. Stillness plays an important role in all of the works, the objects lock truncated body parts into place, arresting any motion from the submissive subjects.

Iacono’s new videos, like the works on paper, invite the viewer to witness the playful and absurd nature of fetishistic play. In his film “Grapefruit”, a man in his underwear squishes a grapefruit fixed against a pink tiled shower wall with his torso, hips, butt and chest. The sound of the grapefruit exhausting its juices is both perverse and comical as the persistent subject relentlessly commits to squeeze the grapefruit dry.

Anthony Iacono was born in 1987 in Nyack, NY and currently lives and works in Brooklyn. He graduated from the School of Visual Arts in New York (2010) and attended the Skowhegan School of Painting and Sculpture (2013) and the Massachusetts College of Art and Design, Boston, MA (2007). He received the Robert M. Washburn Award for the Arts; Arts Council of Rockland Scholarship Award (2010). He has been included in group shows and project rooms in various Brooklyn and NY venues since 2009. In addition to collage and video, Iacono also creates sculpture and produces artist books.