Arshile Gorky – Beyond The Limit 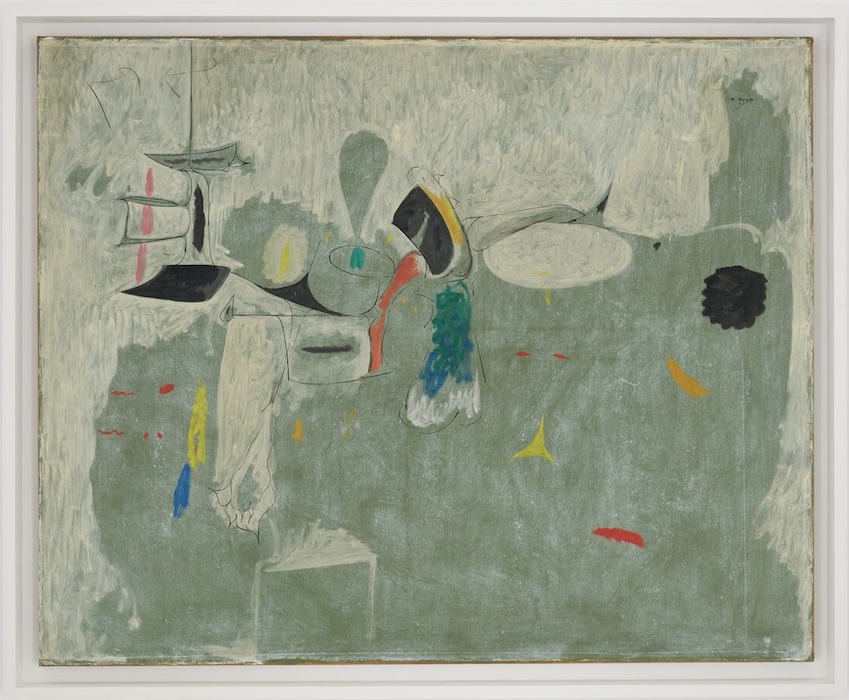 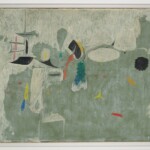 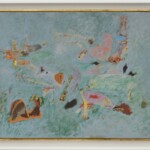 This February, Hauser & Wirth Zurich, Bahnhofstrasse 1 will present the newly discovered painting by Arshile Gorky, displayed for the first time in Europe in the artist’s first solo exhibition in Zürich. The newly discovered work, a painting on canvas designated as ‘Untitled (Virginia Summer)’ (1946-47), is a brand-new addition to the artist’s oeuvre. Wrapped atop by ‘The Limit’ (1947), a well-known painting on paper, ‘Untitled (Virginia Summer)’ (1946-47) was attached to the same, original stretcher Gorky used when the painting left his studio in 1947 and is as rich and vibrant as when it was first created. This exhibition will present both paintings side-by-side as well as a selection of works on paper directly related to the recently discovered composition. Prior to its presentation at Hauser & Wirth Zurich, Bahnhofstrasse 1, ‘Beyond The Limit‘ was shown at Hauser & Wirth New York, 22nd Street (16 Nov – 23 Dec 2021).

A major figure in the Abstract Expressionist movement that transformed twentieth-century American art, Gorky experienced a phase of particularly explosive creativity in the 1940s, when he began experimenting with new techniques. By mixing oil with turpentine, he was able to paint more fluid lines, achieving greater expressive freedom and ever more spirited compositions. His breakthroughs are evidenced in the milestone work ‘The Limit,’ where dense surfaces of pigment are dissolved into transparent veils of color, rendering color fields that converge and disappear into one another. The lively shapes in this painting, which, through conservation, were discovered to have been first articulately rendered as a drawing, do not have boundaries; they are instead limitless entities, tied together or floating in and out of an ambiguous spatial field. Balancing Surrealism and Abstraction, ‘The Limit’ vividly channels Gorky’s personal introspection and sensorial delights. used to describe them.

Long concealed by ‘The Limit,’ ‘Untitled (Virginia Summer)’ combines motion and fluidity with intimate memories of his vacations at Crooked Run Farm, the Virginia homestead owned by his wife’s parents in the 1940s. Infatuated with its bucolic surroundings, Gorky produced scores of drawings ‘en plein air,’ capturing his primal responses to the dynamics of the natural world he experienced there via automatic drawing and free association. With similar enigmatic charm, the newly discovered work suggests biomorphic forms and figures that float in and out of a vibrant landscape, filled with green foliage swathed and buried within a sea of cloudy blue.

The animalistic figures here, depicted with bulbous red and yellow eyes and multicolored body parts, are recurrent motifs in Gorky’s work. A prime and well-preserved example of Gorky’s powerful originality and inventiveness, ‘Untitled (Virginia Summer)’ takes its place among the most moving works of the artist’s career.

On view until 19 March, the exhibition will include drawings directly related to ‘Untitled (Virginia Summer).’ As a focused draughtsman, Gorky often used works on paper as studies, shifting configurations and colors before further interpreting a composition on canvas. These drawings were the only large group of works on paper that did not appear to correlate with a specific painting until the recent discovery. Visitors to the exhibition will be able to see how the compositional design of the newly uncovered work was determined directly from these drawings, and the forms replicated in orange, red, and brown hues. While Gorky’s process of intense contemplation and refinement was never casual, the resulting works brim with a sense of immediacy, chance, and spontaneity. These late gestural works combine Gorky’s characteristic mix of restraint and abandon, offering critical insight and scholarship to the artist’s practice. The exhibition is also accompanied by a film about the discovery of ‘Untitled (Virginia Summer),’ made by Gorky’s award-winning granddaughter Cosima Spender and Valerio Bonelli, and the newly published, first installment of the ‘Arshile Gorky Catalogue Raisonné.’

On occasion of the discovery of ‘Untitled (Virginia Summer)’, Hauser & Wirth Publishers released the book ‘Beyond The Limit’, featuring illuminating essays by Parker Field, Managing Director of the Arshile Gorky Foundation, and Pepe Karmel, Associate Professor of Art History at New York University. The exhibition, and accompanying publication, provide fresh insight into the development of Gorky’s practice during the last years of his life, when his abstract imagery and style reached a confident maturity.

About the Catalogue Raisonné
The first installment of a subscription-free digital catalogue raisonné of Arshile Gorky’s paintings, drawings, prints, sculptures, and textiles launched on 12 November 2021. The publication, which was initiated by the Arshile Gorky Foundation in December 2006, is informed by over five decades of research. The inaugural installment of the catalogue is not yet exhaustive, but it does provide the most up-to-date, comprehensive, and authoritative documentation on nearly two thousand known works created by Gorky dating from 1924, the year the artist moved to New York, and 1948, the year of his death. The ongoing project will continue to be produced, published, and maintained under the auspices of the Arshile Gorky Foundation. Future installments will be made available upon the completion of the continuing research. The Foundation’s intent in making the presently completed entries available now is to provide the scholarly community and the art world in general with new and reliable research, accompanied, in almost all cases, by high-resolution images. In providing this information on a platform that allows the Foundation to make it freely available to anyone and from any location, their hope is that the work of Arshile Gorky may reach a broader audience and inspire new scholarship. The publication, designed by panOpticon with assistance from exhibit-E, is available at www.gorkycatalogue.org.

Arshile Gorky was born an ethnic Armenian in Khorkom, Van, Ottoman Empire (present-day Turkey) in c.1904. Fleeing the genocide that claimed the life of his mother, he emigrated to the United States as a child refugee in 1920. After five years with relatives in Massachusetts, Gorky moved to New York City and changed his name alluding to the celebrated Russian poet. Refusing all categories, whether ethnic, political, or artistic, as necessarily reductive, Gorky forsook assimilation in favor of celebrating his individuality, becoming a central figure of the cultural milieu of a city on the brink of a new Modernism. After a decade of working in New York, where he achieved a prominent position as a leading artist, Gorky initiated a series of drawings and paintings observed from nature while on holiday in Connecticut first, and then over three summers at a farm in Virginia. Frequently returning to fragmentary and idealized observations from his early life, Gorky incorporated memories from his childhood as well as his adult fears and desires, among the reality of his surroundings.