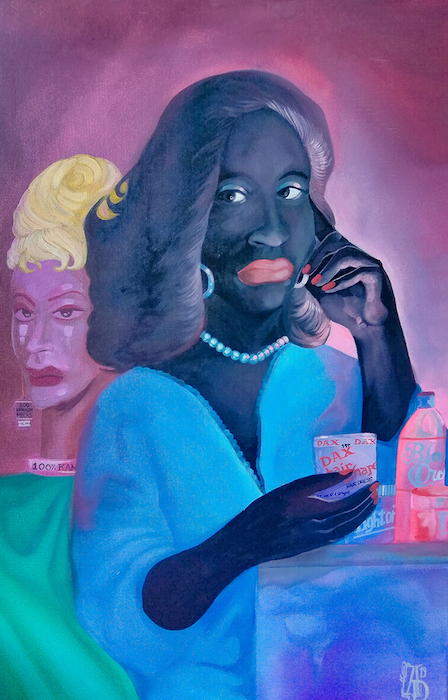 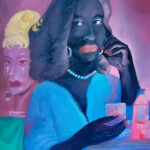 In the theory of cross assimilation, the works in “Inferiority Complex” serve as a means to begin a conversation on identity politics surrounding the Black woman’s hair. Cultural assimilation in lieu of white beauty doctrine has long been a part of the Black woman’s identity due to the implications of chattel slavery and post-racial America. The Black hair industry is sought out as a means to further non-Black beauty standards by marketing a false sense of femininity and identity in a means to control the psyche of the Black woman and remove her from any notion of finding her original heritage as well as detract her from finding self-acceptance in her physical appearance. The instillation of dishonesty, false narratives, and self-hate find their roots in a forced notion of being one’s self through the lens of the Black woman, who has historically been the victim of a long-standing inferiority complex due to racial rhetoric. (Ashley Doggett, 2019)