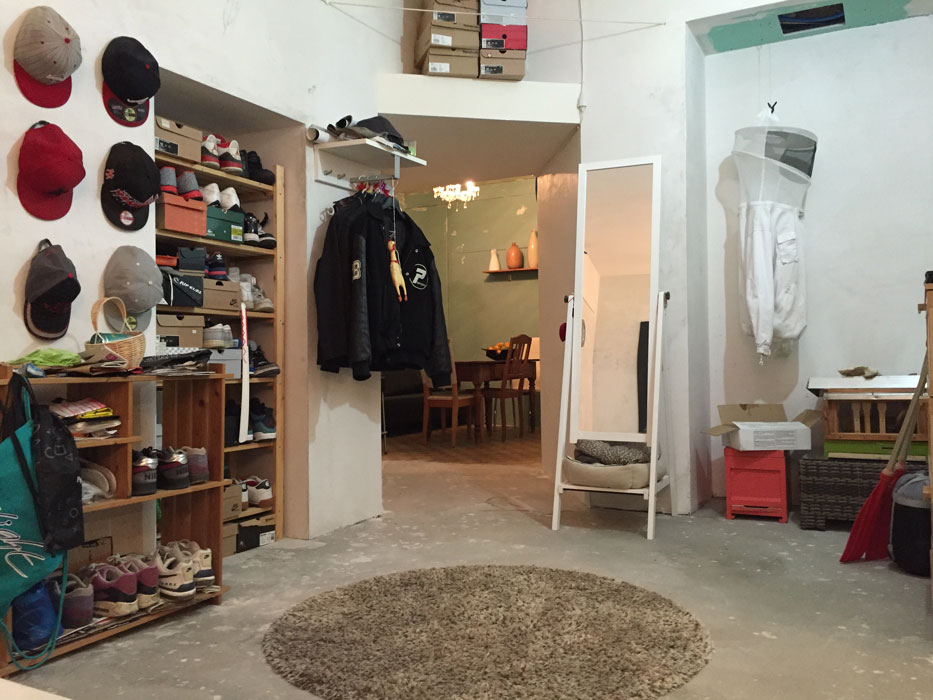 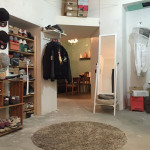 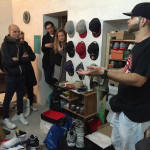 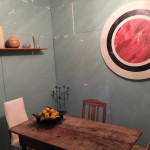 When visiting SALTS in the beginning of September 2015, Augustas, Samuel and I spent some wonderful late summer afternoons sitting in the garden accross the exhibition space. Together we discussed the various elements that make this neighbourhood so captivating: from the nearby river Birs to the cedar beehives and the watchful eye of Samuel Leuenberger’s feline companion, Sophie. Our observations extended beyond first impressions and included the social interactions that might take place behind the closed doors of the thirty-some-thing apartments that tower above SALTS. From adolescent rebellions in family homes to newfound romantic encounters between neighbours, it was easy to imagine that such singular everyday events were part of the idyllic character of this bubble.

For his show at SALTS, Augustas Serapinas distils this obscurely interconnect ed cluster of everyday life occurrences into SALTS storage back rooms. For its installation, Augustas borrowed various elements from the surrounding apartments and re-arranged these within this otherwise neglected architectural space.

Instantaneously upsetting the visitor’s expectations, the viewer must walk through the original exhibition room – now serving as temporary storage – and Samuel’s living room in order to encounter the artist’s intervention. This concealed space – which was filled with books for the past six years – is also accessible through a second entrance via the basement of the condominium. The latter establishes itself as the preferred entrance for the building’s residents, who, deprived of their decorative and utilitarian objects, are invited on the ocassion of Augustas’ installation, to make use of them in this newly created space.

While one room is representational of the chosen neighbours’ character, the second functions as a site of encounter – a neutral platform that facilitates a conversation and urges its inhabitants to surpass the social inhibition that had previously stifled dialogue between individual apartments. Augustas thus not only alters the appearance and our perception of the reality of the building, but also establishes the space of the exhibition as a locus for the temporary transformation of this suburban reality in itself. We therefore experience SALTS as the manifestation of a self-referential system in which the eventual effect of the space is premised on reimagining its origins and the experiences attached to these.

Augustas Serapinas (*1990, lives and works in Vilnius) graduated with a BA in sculpture at the Vilnius Academy of Arts in 2013 and subsequently completed the Rupert Educational Program in 2014. Augustas recently participated in the 6th Moscow Biennale, Moscow, as well as performing “Best Places to Hide in Nylo” at The Living Art Museum, Iceland (2015). Further on his work was shown at “The Future of Memory. An Exhibition on the Infinity of the Present Time”, Kunsthalle Wien, Vienna (2015) and “DON’T YOU KNOW WHO I AM? Art after Identity Politics”, MUHKA, Antwerp (2014).

Emalin is a series of nomadic exhibitions curated by Leopold Thun. Augustas and Leopold are friends since February 2015, were they met whilst in residence at Rupert, centre for Art and Education, Vilnius. Previous exhibitions of Emalin were held in Switzerland, England, Italy, Lithuania and Brazil.