Aurel Schmidt – I Rot Before I Ripen 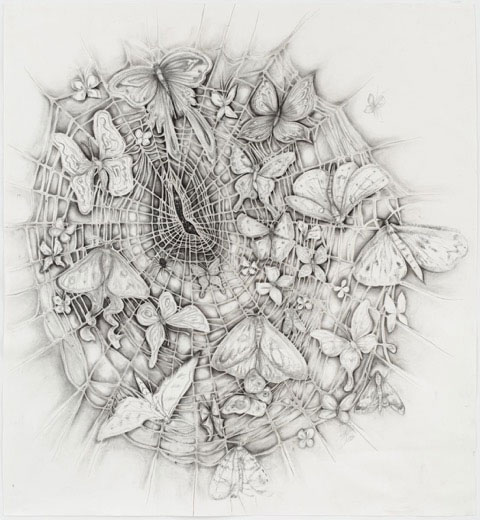 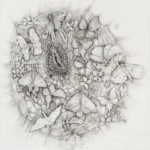 In addition to her large-scale drawings, the exhibition will include an installation with athletic tee shirts Schmidt has treated as canvases. Combining hand drawn sexual imagery, glitter, decals, and other collaged elements with the readymade contemporary iconography of the tee shirt, Schmidt turns these items from youthful masculine boy attire into female objects of desire. From iron-on photos of Justin Bieber to iconic magic mushrooms to the World Trade Center represented by two large penises, Schmidt provocatively challenges gender stereotypes and sexuality, through works that playfully weave grunge, punk, and skateboard culture with landscape, erotica, and glitter.