Ayaka Yamamoto – We are Made of Grass, Soil, Trees, and Flowers 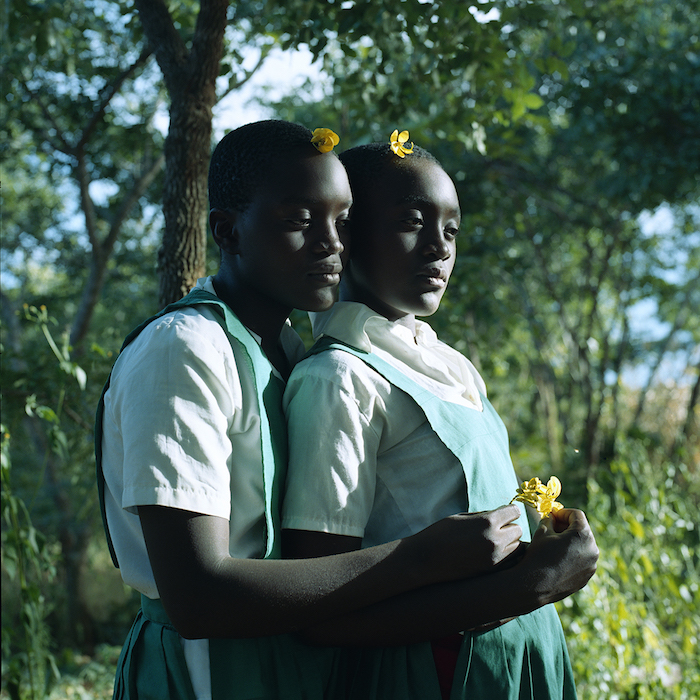 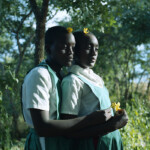 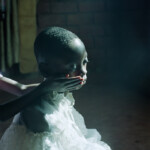 Taka Ishii Gallery Photography/Film is delighted to present “We are Made of Grass, Soil, Trees, and Flowers,” an exhibition of work by Ayaka Yamamoto, her third solo exhibition with the gallery, and will consist of photos taken by the artist on a visit to Malawi in 2019.

Yamamoto is known for her portraits of young woman framed in subdued settings pierced by natural sunlight. With these photos, her interest lies in the universally human figure as organ/vessel concealed beneath the mask each individual subject dons from day to day. Since her work in Estonia in 2009, Yamamoto’s practice has incorporated the unconventional process of visiting countries where verbal communication is a struggle for her, choosing subjects, clothing and locations on arrival and conducting her work by body language, without speaking. This act of photography, a multilayered blending difficult to imagine from the fixed tone of Yamamoto’s works, bears fruit via its accumulated performing, as a collection of fragments unconsciously displayed by the girls.

“I have long explored what it is that narrowly persists in the body even after a person is stripped of all their affiliations; what it is that makes that person, that person. While accepting the preciousness of the characteristics and individuality we each possess, I wonder if perhaps upon diving beneath the ground on which we stand, we might find a network of connected roots that transcends all boundaries, as if to trace the very origins of human memory”. (Ayaka Yamamoto, August 2021)

In 2019, in a new venture for the artist, Yamamoto unveiled the video work “organ.” The song, echo-like, of the girl ringing out across frame captured by fixed-point camera, circulates and connects to the audience, the sound taking up lodging in the body of each viewer as their own individual organ. This new experiment, which leaving unchanged the artistic realm constructed to date by Yamamoto, enfolds the element of voice, also overlapped with the sensation of “reflecting each other as if in a mirror” previously experienced by the artist when engaging with her subjects, the phenomena of possession and transformation expressed metaphorically by the work giving a firmer idea of the artist’s approach.

The title “We are made of Grass, Soil, Trees, and Flowers” add the word “flowers” to the title of Yamamoto’s 2018 exhibition at Taka Ishii Gallery, indicating the artist’s desire to retain the concept employed in her prior work. In this exhibition Yamamoto leaves her previous main shooting location of Eastern Europe to present photos taken on a visit to Malawi in Africa. The places she visits and the cumulative sense of belonging in the innate culture, customs, and beliefs of the people who live there, are comprehensively taken on board and applied to her practice. As an extension of Yamamoto’s previous work, including her video work, these photographs pointing to a new expansion into more intimate viewpoints skillfully convey the photographer’s quiet thrill at witnessing the moment when the gentle, generous light of Africa intersects with the unselfconscious figures of the subjects who present themselves.

Ayaka Yamamoto’s new book will be published in conjunction with the exhibition.

Ayaka Yamamoto was born in 1983 in Kobe, Japan. She graduated Kyoto Seika University in 2006. She began studying painting in college, but she gradually moved towards performance and video art, both of which she produced using her body. In 2004, while studying abroad in San Francisco, she started taking photographs. In the middle of a situation in which communication through words was difficult, photography took on a value beyond its essential nature, serving as a point of contact with many other people. Since then, Yamamoto has continued to take extremely fascinating portraits which generate an unusual atmosphere. Yamamoto describes the settings of these portraits in the following way: “I choose to photograph places that I cannot imagine, even from the images that have accumulated under my eyelids, and where the languages and things I already know have no value.” In 2009, she traveled to Finland and Estonia, and later went to Estonia (2010), Latvia (2011, 2012, 2014), France (2012, 2013), Russia (2014), Ukraine (2015), Bulgaria (2016), Romania (2017), Republic of Belarus (2018) and Malawi (2019) to realize her works. Yamamoto will participate in the group exhibition “Japanese Contemporary Photography vol. 18” at Tokyo Photographic Art Museum in November 2021. The artist won the 19th Sagamihara Prize for Newcomer Professionals for her photobook “We are Made of Grass, Soil, and Trees”. Her works are included in the collection of Kiyosato Museum of Photographic Arts (Yamanashi, Japan) and Villa Pérochon Centre d’Art Contemporain Photographique (Niort, France).