Camp Fires – The Body as a Queer Stage 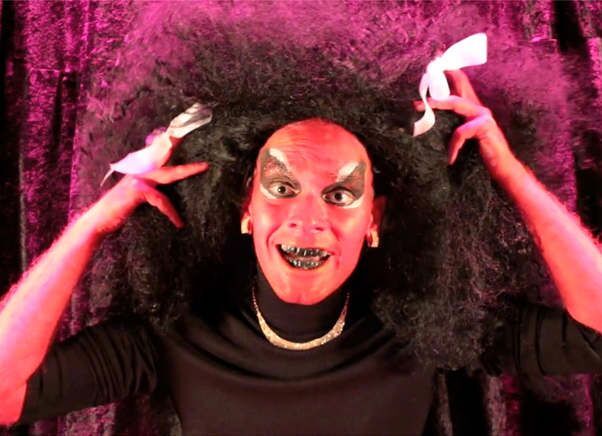 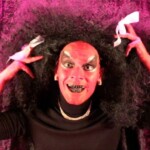 “Camp Fires” is a polymorphous project that centers around the exhibition of some twenty video works by international artists, dancers, singers, performers, and activists exploring the body as a performative interface to resist the normative gaze over dissident bodies – that which is queer in the broadest sense of the word. The project defends the idea that identity is not a definitive state but a continuous negotiation between the ontological self and the rest of the world, a form of constantly becoming rather than being. Disguise, drag, avatars; fiction and exaggeration; references to stereotypes, as well as pop, web, and underground cultures are some of the strategies used in the works to challenge essentialist ideas about the identity construct and claim the constitutive fluidity of the self. The project furthermore engages in a dialogue with the local cultural and activist scenes through a public program of performances, screenings, events, and talks in collaboration with multiple institutions and collectives in Zurich.

In “Camp Fires”, the body is presented as a complex system of interactions, the surface of which becomes a stage where identity is questioned, performed, disguised, and vindicated.

The title celebrates the concept of camp as a countercultural extravagance that has historically been a refuge for oppressed communities. This aesthetic and rhetoric sensibility which subverts dominant cultural codes into a theatrical, parodic, and ostentatious form of expression functions as a framework to understand the artworks. However, “Camp Fires” also intends to question the apparent universalism of the concept by presenting an ambiguous, partial, and revivified interpretation of camp, in which this passionate and rebellious flamboyance becomes culturally situated and contingent. Simultaneously, the title refers in a wordplay to the campfire as a place where to gather, exchange, and shelter, thus hinting at the exhibition’s aim to create a sense of community across the artworks and with the audience.

“Camp Fires” is a travelling project initiated by Violeta Mansilla, Simon W Marin and Kerry Doran that, in its format, seeks to question the way queerness is displayed – and often instrumentalized – in exhibitions. The first project took place in September 2019 at UV in Buenos Aires, an exhibition space located in a house that was home to a family of queer artists. Reflecting on the concept of house in queer communities, the artworks were exhibited throughout the entire house, from basement to rooftop and up to its most private spaces, thus cohabiting with the house’s residents for the duration of the project. In Zurich, the exhibition is distributed across three venues and acknowledges the historical significance of countercultural spaces and performance in the city’s queer landscape. Through this de-centralization and de-hierarchization as well as with the public program, the Zurich edition of “Camp Fires” aims to make visible the existence of a network of like-minded spaces and collectives across the city while reflecting on the ubiquitous yet elusive character of queerness in the public space.