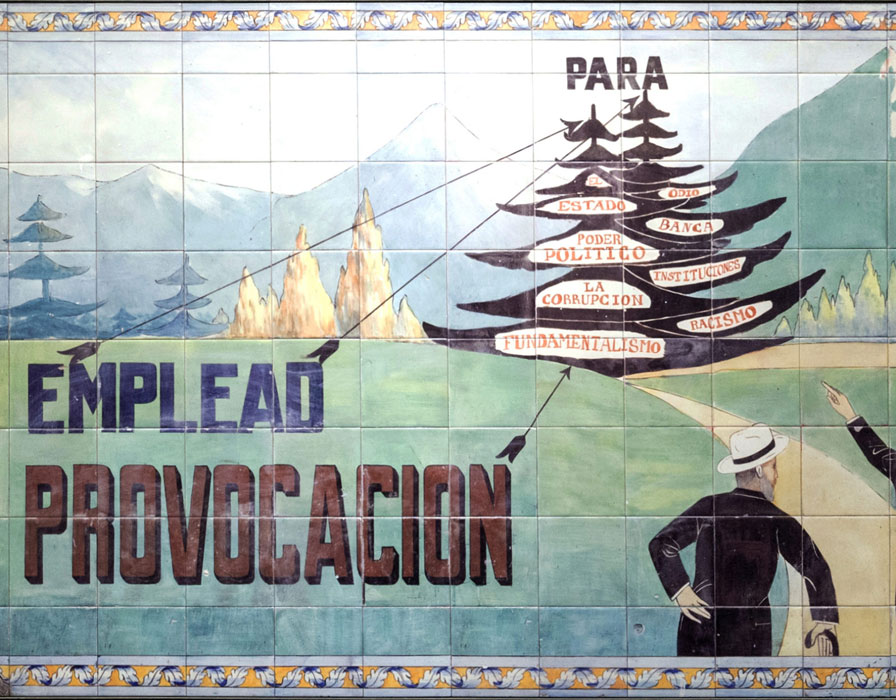 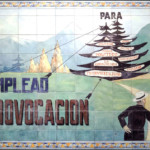 Parasol unit foundation for contemporary art, is pleased to present a solo exhibition of works by Cuban artist Carlos Garaicoa. Showing here in London for the first time in a public institution, Carlos Garaicoa reflects upon ‘the city’ – its limitations, potential and possibilities – as a physical infrastructure, social network and political space in this exhibition comprised of large-scale installations, sculptures, video and photography.

Often taking as his starting point the urban environment and therefore architecture – particularly those of Havana and Madrid, the two cities where the artist both lives and works – Garaicoa documents city landscapes, creating works steeped in provocative commentary which reflect a frustration with social, economic and political issues. Having initially trained as a technician in thermodynamics before attending the Instituto Superior de Arte in Havana from 1989 to 1994, Garaicoa came into the art world and art education with a markedly different point of view to that of many other artists. Raised in a Communist regime and culture, infused with the ideas and ideologies of the role of artist in the society, Garaicoa’s first reaction was to use a camera to capture, re-imagine and symbolically rebuild these crumbling modernist utopias.

In the dimly lit ground floor gallery of Parasol unit is the provocative “Fin de silencio (End of Silence)”, 2010, a body of work that combines both tapestry and video installation. Appropriating pavement signs of former department stores on the streets of Havana, Garaicoa turns digital photographic images into carpets that visitors can walk across.* Weaving a critical response to the reality of present-day Cuba through the poetic discourse across these jacquard-loom tapestries, the work reveals a dichotomy between these once magnificent terrazzo floors and ‘decadent’ stores (many of which are closed today) and their fall into neglect and ruin. Pitting utopian ideologies against dystopian ruins, repression against expression, the local against the global, Garaicoa’s investigation of the urban environment is built on dualities.

In a small side-room off the ground floor gallery, an installation of several black-and-white photographic diptychs showing dilapidated and demolished buildings in Havana, Cuba, correspond to architectural sculptures produced in crystal. Each pair of photographs emphasises the presence and subsequent absence of certain buildings in the city. The crystallised model becomes the physical yet ghostly rendering of a missing building, highlighting the deterioration and decay of the city due to government neglect, and thereby reveals the fragile line between utopia and reality.

Set into the ground of the gallery’s outdoor terrace is a series of bronze manhole covers, “Sin título (Alcantarillas) [Untitled (Manhole Covers)]”, 2014, which mirror the critical discourse displayed on placards during political protests. Garaicoa appropriates these transitory gestures of urban language, gives them a material solidity, and locates them to be seen and walked over daily by pedestrians.

In the first floor gallery space, eight large diptychs of “Cerámicas Porno-indignadas (Porn-Outraged Ceramics)”, 2012-2014, line the walls. In each diptych, one part presents a photograph of the original early twentieth-century painted tile advertisements on the exterior walls of a single pharmacy, the Farmacia Juanse in central Madrid. Ironically, playing with the inversion of the original and the copy, Garaicoa fabricates the copy as a physical object by printing on ceramic tiles saturated with references to specific moments and incidents throughout Spanish political history, such as corruption, abortion law, sexual liberties and the legalisation of marijuana. By dismantling the context of these images, Garaicoa presents a new understanding of the city, provoking and challenging the potential for social change.

Curated by Dr Ziba Ardalan, Founder/Director of Parasol unit, the exhibition is accompanied by a tailored programme of educational events aimed at engaging the public.

* Before walking across the carpet, visitors are kindly requested to remove their shoes and put on the plastic foot covers provided. They must please keep hold of their shoes and any other belongings.