Cathy Choi – As Above So Below 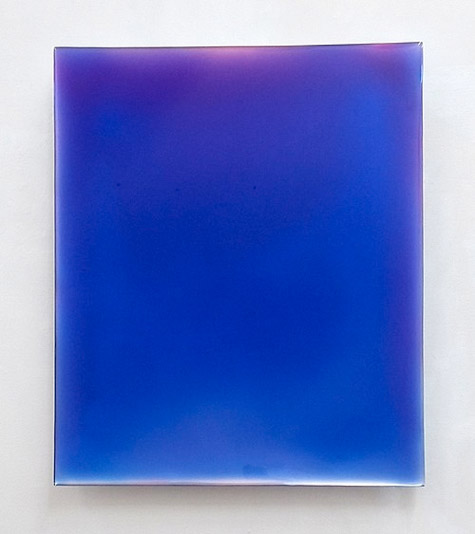 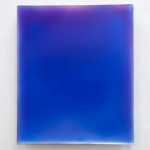 Margaret Thatcher Projects is pleased to present “As Above So Below”, the gallery’s second solo exhibition with Korean-American artist, Cathy Choi. Like a mirror, water seductively reflects the sky or heavens above. Similarly, Choi’s work reflects their environment and the presence of the viewer in front of them, elegantly commanding attention and observation.

Choi paints with pigmented resin, pouring thin layers of color. The luminosity and fluid, changeable shape of water is recalled in areas of cascading color floating atop one another. The artist does not intend for the work to be a literal representation of natural elements. Instead, Choi uses these references to point toward spiritual notions of purity and cleansing. Choi’s process of selecting colors and parameters for her work is balanced by the quick decisions necessary when working with resin. Since the material dries quickly, the artist has described the medium as one that stimulates an impulsive drive, facilitating an intuitive response that “flows from within and becomes an innate response with no predetermined end.”

Cathy Choi was born in Seoul, South Korea. The artist currently lives and works in Brooklyn. New York. Choi received her BFA from University of Washington, Seattle, WA and her MFA from American University in Washington, DC. Her works have been exhibited nationally and internationally at the UMASS Herter Gallery (Amherst, MA), D.U.M.B.O. Arts Center, (Brooklyn NY) and Galerie Karrer (Zurich, CH). Her work in graphic design has recognized with awards from AIGA (1993, 1994) Art Director’s Club of Philadelphia (1994) and I.D. Magazine (1993, 1994).