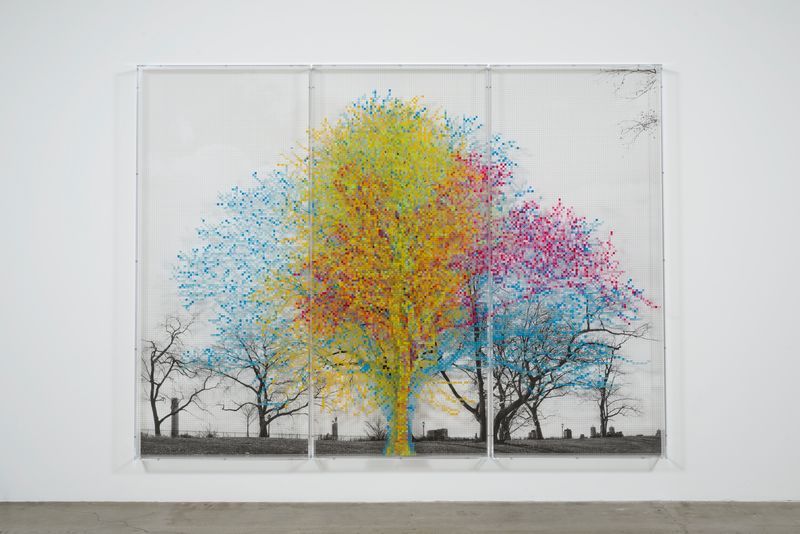 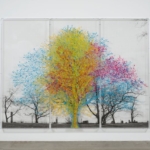 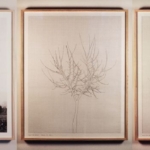 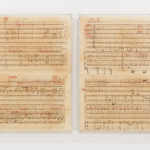 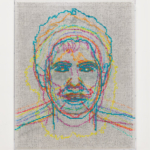 This January, Hauser & Wirth will present ‘Southern Trees’, the gallery’s first major solo exhibition in New York by distinguished American artist Charles Gaines. One of the most important conceptual artists working today, this exhibition is the artist’s first in the city since 2018 and spans two floors of the 22nd street location. The show emphasizes the extraordinary evolution of Gaines’s complex practice, demonstrating how he has continued to forge new and unexplored paths within the innovative conceptual framework of two of his most acclaimed and important series, ‘Numbers and Trees’ and ‘Walnut Tree Orchard.’

A pivotal figure in the field of Conceptual Art, Charles Gaines’ body of work engages formulas and systems that interrogate relationships between the objective and the subjective realms. Using a generative approach to create series of works in a variety of mediums, he has built a bridge between the early conceptual artists of the 1960s and 1970s and subsequent generations of artists pushing the limits of conceptualism today.

Born in 1944 in Charleston, South Carolina, Gaines began his career as a painter, earning his MFA from the School of Art and Design at the Rochester Institute of Technology in 1967. In the 1970s, Gaines’ art shifted dramatically in response to what he would later call ‘the awakening.’ Gaines’ epiphany materialized in a series called ‘Regression’ (1973 – 1974), in which he explored the use of mathematical and numeric systems to create soft, numbered marks in ink on a grid, with each drawing built upon the calculations of the last. This methodical approach would carry the artist into the subsequent decades of his artistic journey.

Working both within the system and against it, Gaines points to the tensions between the empirical objective and the viewers’ subjective response. The concept of identity politics has played a central role within Gaines’ oeuvre, and the radical approach he employs addresses issues of race in ways that transcend the limits of representation. His recent work continues to use this system with sociopolitical motivations at the forefront. ‘Faces 1: Identity Politics’ (2018) is a triptych of colorful portraits of historical icons and thinkers, from Aristotle to Maria W. Stewart and bell hooks. Gaines reduces the images to pixelated outlines, layered among the faces of the preceding portraits to create a palimpsest of faces, employing this system in a critique of representation and the attachment of meaning to images.

Gaines lives and works in Los Angeles. He recently retired from the CalArts School of Art, where he was on faculty for over 30 years and established a fellowship to provide critical scholarship support for Black students in the M.F.A. Art program. He has been the subject of numerous exhibitions in the United States and internationally, and his work is in prominent public collections including the Museum of Modern Art, New York NY, the Whitney Museum of American Art, New York NY, the Studio Museum in Harlem, New York NY and the Los Angeles County Museum of Art, Los Angeles CA. Gaines’ work was presented at the Venice Biennale in 2007 and 2015. In 2022, Gaines’ new public art project with Creative Time, ‘Moving Chains,’ will launch on Governors Island, New York, along with an operatic performance and series of sculptures in Times Square, before travelling to Ohio and Kentucky. An exhibition of his work is currently on long term view at Dia:Beacon in New York.

In addition to his artistic practice, Gaines has published several essays on contemporary art, including ‘Theater of Refusal: Black Art and Mainstream Criticism’ (University of California, Irvine, 1993) and ‘The New Cosmopolitanism’ (California State University, Fullerton, 2008). In 2019, Gaines received the 60th Edward MacDowell Medal. He was inducted into the National Academy of Design’s 2020 class of National Academicians and will be inducted into the American Academy of Arts and Letters in May 2022.