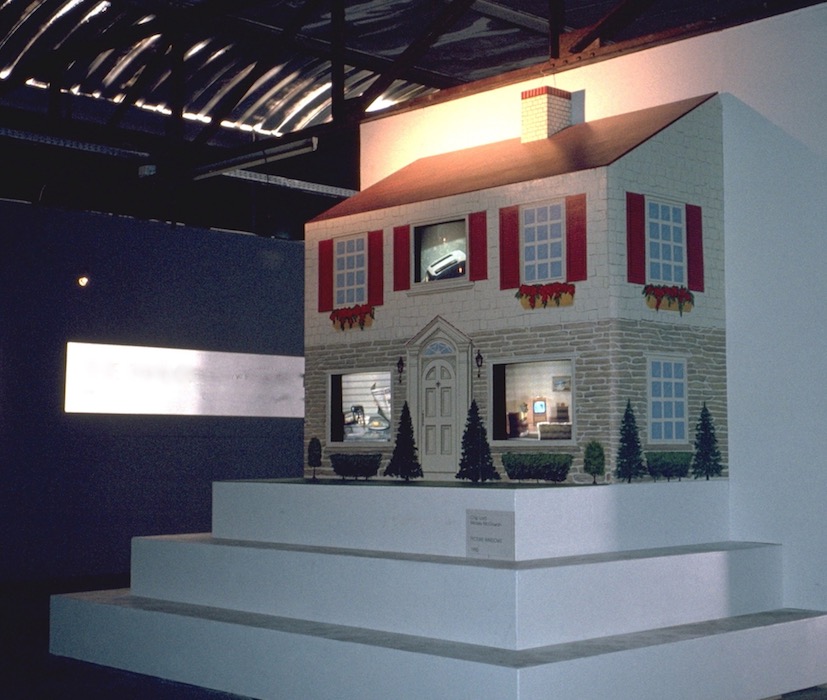 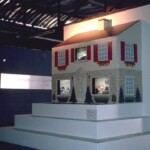 Rena Bransten Gallery is pleased to announce a new exhibition by Bay Area artist Chip Lord. Lord, whose first exhibition with the gallery was in 1992, continues to offer the viewer a matrix to frame visual representation, media, fact, fiction, and experience.

Exploiting media and message with a critical eye and gentle humor, Lord often deconstructs American myths and associated nostalgia. He is equally known for his work with the alternative architecture and media collective “Ant Farm”, which he co-founded with Doug Michels in 1968, as for his teaching and on-going media practice. Ant Farm’s iconic performance/video work “Media Burn” is the subject of a new monograph, “Ant Farm and the Making of an Image”, by Steve Seid.

“Boxed Set Sculptures” are simultaneously a Chip Lord mini film retrospective, a contemplation on the nature of obsolescence, a sculptural work, and a conversation of content vs. context. The sculptures contain obsolete U-Matic and VHS tapes, an assortment of Lord’sown films (ranging from 1981–1999) presented with carefully excerpted clips playing on framed monitors above them. One cannot help but wonder about the lifecycle of an artwork’s medium, and if these films exist elsewhere in their entirety. This question is mirrored in the films themselves as they explore the migrating nature of television, film, media technology, and American culture.

“Picture Windows”, now in its third iteration, was originally built in 1990 for an installation at SFMOMA by Lord in collaboration with Mickey McGowan. The work consists of a dollhouse with three-channels of video playing in the windows; the artificiality of the doll house and the combination of humans, hand puppets, and domestic details, seen in the videos leave us feeling uncertain as we look on. Is this the American Dream – a family glued to the television? Are the discordant sounds emanating from the house evocative of disturbance? Are we complicit as voyeurs surveilling a domestic drama?

“SHOT FROM TAXI” is a series of photographs shot on the move. These “first impressions and “quick grabs” were taken while arriving, crossing, or departinga city. They are a spotlight on the often unconsidered montage of urban environments. Seen by visitors but rarely absorbed, these unfamiliar neighborhoods and “wrong views” of well-known buildings or structures subvert our image of a city’s official brand. While many cities are represented in the full series – New York, Sao Paulo, Mexico City, Beijing, Buenos Aires, Tunis – the works in this exhibition all come from Mexico City, 2017, and showcase Lord’s critical inspection of American ideals to Mexican realities.

Chip Lord’s work has been exhibited and published widely and is included in the collections of the Museum of Modern Art, The Tate Modern, the San Francisco Museum of Modern Art, the FRAC Centre, the Pompidou Centre, and the Berkeley Art Museum and Pacific Film Archive. He is Professor Emeritus in the Department of Film & Digital Media, U.C. Santa Cruz, and has also taught in Architecture at CCA and Columbia University GSAPP. He lives in San Francisco.