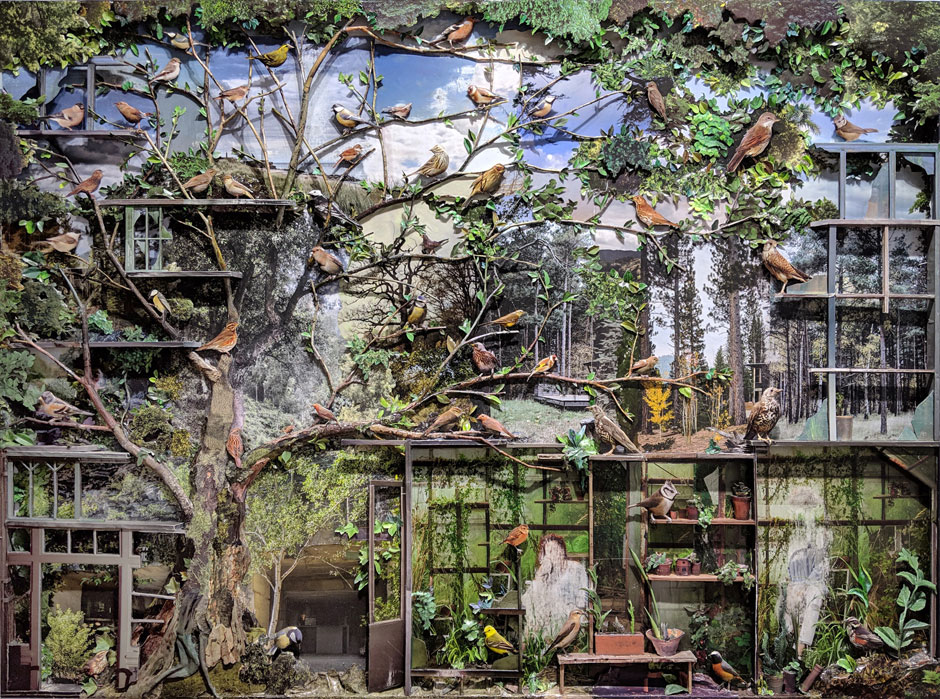 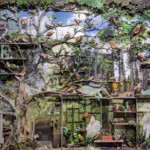 This new series of work looks at a variety of systems – systems of display, production, and organization, seemingly random in subject matter. Jones explores their fictional entropic breakdowns via the transformation into image.

Following the naturally chaotic order/disorder of the collage process, Jones allows incongruous elements to creep in, cutting through and merging with various depicted chronologies and scales. All space and time cross over and interact, imbuing the fixed photographic image with a fluidity more akin to memory or imagination.

Further to these wall based collages, a series of elements have been singled out and explored in a fuller three-dimensional form; though as with all the work, the depicted and the real spaces are indeterminate and interchangeable.

The sculptures depict fleeting and intangible things, such as fire and smoke, or perishable things like fruit or snow. Conversely there are also things synonymous with permeance: a mountain, monuments, manufactured objects, that have succumbed to similar erosions.