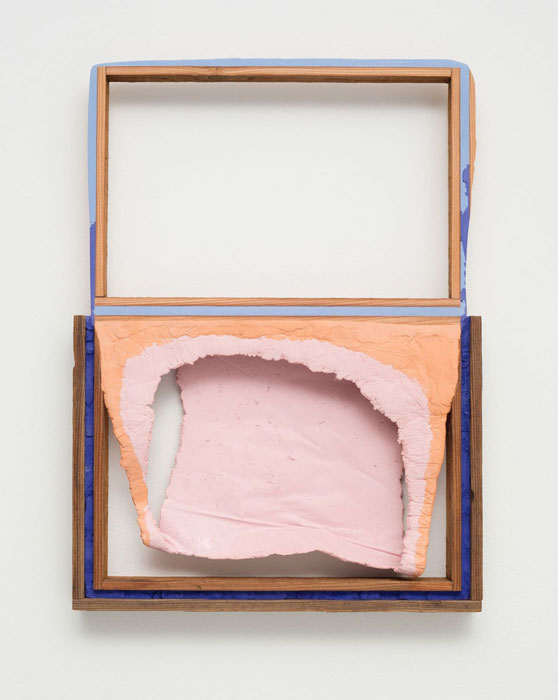 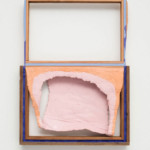 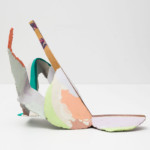 Christian Maychack characterizes his work as operating on two tracks: the physical space of sculpture and the pictorial space of painting. Materials function as structure or support or provide for illusionistic space. The combinations of these approaches and materials allow for shifts in perception, both physically and cognitively.

In “Compound Flat #56”, a thin wooden strip curves and shifts line-like, sitting atop sculpted white epoxy inflected with color. Simultaneously, the strip acts as a support and link by holding an adjacent sculpted form to the right. Form and function are held in equal balance.

Similarly, in “Compound Flat #50”, two rectangular shapes are stacked vertically. Wooden strips function as both supports and frames: the bottom holds a sculpted form turning in on itself, while the top, devoid of an interior, frames the wall behind it.

This is Christian Maychack’s fourth solo exhibition with the gallery. He has had other solo exhibitions at Gregory Lind Gallery, San Francisco and the Sirius Art Center, Cobh, Ireland. Maychack’s work was included in the 2006 California Biennial at the Orange County Museum of Art, Newport Beach and his sculptures were featured in Bay Area Now 4, a group exhibition at the Yerba Buena Center for the Arts, San Francisco. He received his MFA from San Francisco State University in 2002 and attended the Skowhegan School of Painting and Sculpture in 2008. He has been an artist-in-residence at the MacDowell Colony, Edward Albee Foundation and participated in the Marie Walsh Sharpe Studio Residency. He is a 2012 fellow in painting from the New York Foundation of the Arts. Maychack lives and works in Queens, New York.