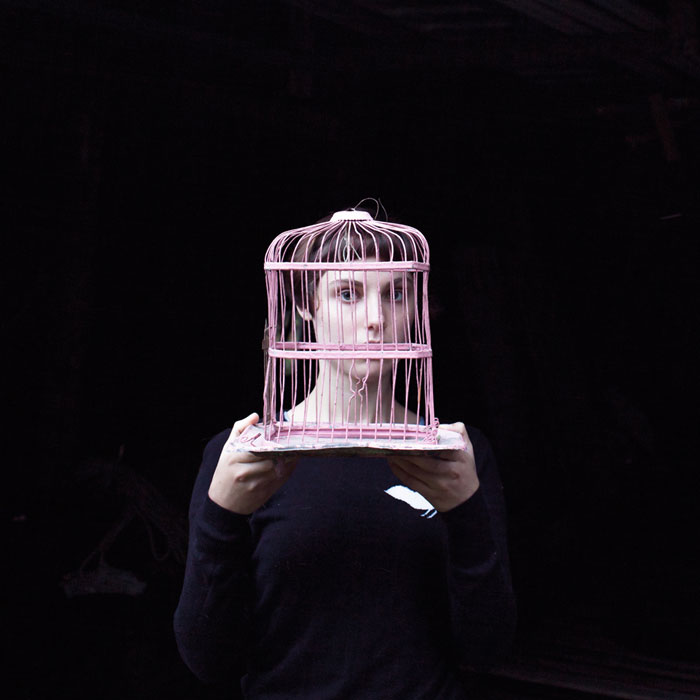 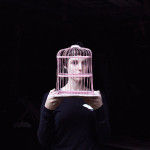 Twilight is a period of obscurity, that in-between time when the world pauses to welcome night’s cool embrace. Within the umbra that comes with twilight anything is possible, in those fleeting moments home becomes a palace where imagination reigns. Cig Harvey’s photographs emerge from this imagination and take you to a haven of possibility where the ordinary is transformed into the extraordinary. Robert Mann Gallery is pleased to announce “Gardening at Night”, a body of work from Cig Harvey in the artist’s first exhibition with the gallery. The show features metal prints and framed photographs, as well as several animated photographs and neon texts. A newly released monograph of the same name accompanies the exhibition.

Just as twilight enriches the landscape, making trees a deeper luscious green and the sky a richer blue, Harvey seeks to capture the effervescent hues that come alive in this strange light. Jewel tones saturate this series and are often the predominant feature of each photograph. “Little Red Riding Hood”, “Rockport”, “Maine” captures the imaginative playtime of a little girl, cast in ruby tones. Here vibrant crimsons are layered upon each other; the velvet of the chair and cape fuse creating a chameleonic hiding place for the child. In “Sadie & The Birdcage”, “Tenants Harbor”, “Maine” obscurity once again plays a role. As a portrait set in front of a dark background, the subject should be viewed easily, and yet we are confronted with having to look between the bars of the Magritte-like pink birdcage to see Sadie.

Though the subjects and setting are familiar to us, we cannot help but feel that Cig Harvey has led us through the looking glass to a world of wonder. In the way that twilight is not quite day and not quite night, the photographs of “Gardening at Night” are stories not yet fully developed, while still capturing the unexpected yet oddly harmonious moments that surround us daily.

Cig Harvey’s work is included in permanent collections of major institutions including the Museum of Fine Arts, Houston, Texas; the Farnsworth Art Museum, Rockland, Maine; and the International Museum of Photography and Film at the George Eastman House, Rochester, New York. Her first monograph, “You Look At Me Like An Emergency” (Schilt Publishing, 2012) sold out in all printings and was accompanied by a solo museum show at the Stenersen Museum in Oslo, Norway in Spring 2012. “Gardening at Night” was released by Schilt Publishing in Spring 2015. The artist lives and works in rural Maine.