Cig Harvey – You An Orchestra You A Bomb 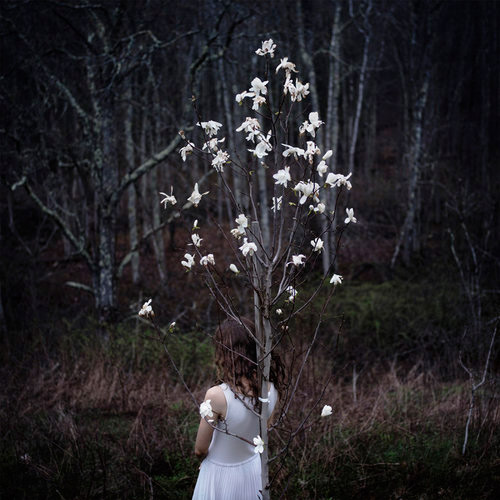 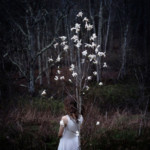 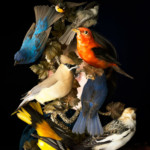 Cig Harvey’s photographs produce an overwhelming feeling of wonder, admiration, or even fear of the unknown by looking at life on the threshold between magic and disaster, for they are tiny fragments of everyday life captured in a moment of awe. Robert Mann Gallery is pleased to announce “You An Orchestra You A Bomb”, a new body of work by Cig Harvey. This is the artist’s second solo exhibition with the gallery and opens in conjunction with a newly released monograph of the same name.

“You an Orchestra You a Bomb” looks at the artist’s relationship with life itself. This new series continues on themes of family in Harvey’s whimsical and otherworldly style, while thinking deeper about what lays ahead in a formative sensory response to how fragile the present can be. Harvey has always experienced the world viscerally, but after a traumatic event, a raw heightened awareness of the temporary nature of life permeates this new work. Through breathless moments of beauty, her images propel us to fathom the sacred in the split seconds of daily life.

In today’s culture it seems that awe inspiring moments can be overlooked and often forgotten in the fast-paced realities of the modern world. Harvey shows us it is time to seek out moments that create goosebumps and find a sign that we’re in the presence of something extraordinary, even in the everyday. “Blizzard on Main Street” captures a beautifully serene and calm winter wonderland menaced by the impending disturbance of blinding car lights trampling through the blanketed landscape. The vibrant colors of taxidermic “Birds of New England” found in a thrift store come to life in a flurry of wings and tails, while guarding the gazing eye that hides behind them. A young girl contemplating the darkness in the forest beyond as the “Magnolia Tree” she rests against blooms snow white flowers that threaten to fly away with a single gust of wind. Harvey’s photographs are poetic moments that are part memoir, part poetry and part love letter to her family.

Cig Harvey’s work is included in permanent collections of major institutions including, the Museum of Fine Arts, Houston, Texas; the Farnsworth Art Museum, Rockland, Maine; and the International Museum of Photography and Film at the George Eastman House, Rochester, New York. Harvey has published three monographs, the first two sold out in all printings, “You Look At Me Like An Emergency” (Schilt Publishing, 2012), which was accompanied by a solo museum show at the Stenersen Museum in Oslo, Norway in Spring 2012 and “Gardening at Night” (Schilt Publishing, 2015.) Her third monograph, “You An Orchestra You A Bomb” will be released December 2017 by Schilt Publishing. The artist lives and works in rural Maine.