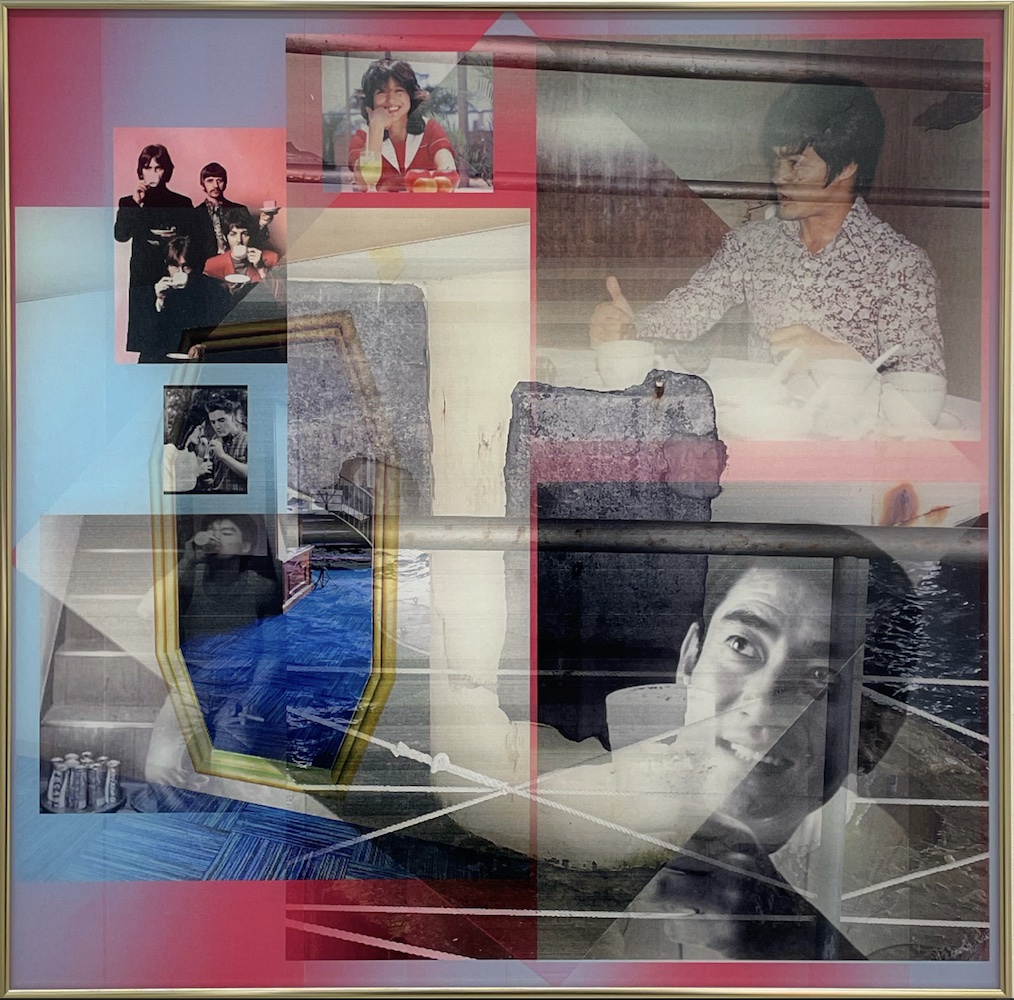 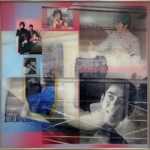 Jane Lombard Gallery is pleased to present “Double Trouble”, a two-person project by Kyoto-based artists Teppei Kaneuji and Chihiro Mori. Collaborating under the name “CMTK”, the duo’s new and recent lenticular works from the series “Star & Dust” will be featured. Kaneuji’s exploratory printing and collaging methods, coupled with Mori’s own photographs and collection of found images, result in a slivered amalgam of pop culture and personal snapshots, shifting with the viewer’s changing vantage point. Also on view will be several new three-dimensional collage works from Kaneuji’s surrealistic series “The Sea & Pus: An Illustrated Guide to Animals”.

The “Star & Dust” series encapsulates Kaneuji’s playful yet intense investigation of mechanized print and image-making methods. Experimenting with lenticulars over the past decade – bending, shaping, and painting upon the refractive surfaces – Kaneuji likens the material to a sculptural medium. Lenticulars offer a mirage-like illusion of depth, movement, and life; simultaneously, the medium makes an image’s falsehood further apparent. Utilizing Mori’s vast image collection of pop culture icons from the mid-to-late twentieth century, including the likes of John Lennon, Elvis Presley, and Michael Jackson, as well as her photographs taken on a daily basis over many years, Kaneuji attempts to collapse, compress, and ponder upon fleeting moments and iconic imagery, and the connections, or lack thereof, between the lived experience and the observed.

Visual typologies are procured, dissected, and manipulated throughout “Star & Dust”. One such example, (New York/Coffee) (2022), highlights commercial and vernacular imagery with the brew as subject. Other works in the series, like (New York/Non-Alcoholic) 2022, and (New York/Alcoholic) 2022, compile images from Mori’s collection that include non-alcoholic and alcoholic beverages and behaviors, respectively. Abstracted images of the city that never sleeps are spliced within the lenticular whole of all three works, adding a background of colorful shapes to the illusionistic assemblages. A multifaceted commentary on consumption, literal and cultural, plays out across the series.

Mori and Kaneuji state, “By confronting the most familiar and immediate others, the foreign, the mysterious, the things we share and cannot share with such beings, and by creating works of art, we attempt to examine the present and to imagine, remember, and invert images and events of distant times and places. We hope that through this exhibition, visitors will be able to experience the views and perspectives that emerge and become visible from the overlapping of things of different origins.”

In addition to “Star & Dust” by CMTK, the gallery will highlight a selection of new collage works created by Kaneuji as part of his ongoing solo series “The Sea & Pus: An Illustrated Guide to Animals” (2004 – Present). Utilizing Ricoh’s latest three-dimensional printing technology, StareReap, Kaneuji overlays cut-outs of found feline imagery with playful simulacra of cosmetic drips and smears. The process and resulting works exemplify the artist’s penchant for divergent themes and their collision.

Teppei Kaneuji (b. 1978) lives and works in Kyoto, Japan. Kaneuji earned a graduate degree in sculpture at Kyoto City University of the Arts in 2003. His work investigates the mass consumption of contemporary Japanese culture, sourcing materials from everyday life, found objects and manga characters to create sculpture that is at once playful and menacing. Kaneuji grafts together the detritus of overconsumption, creating candy-colored sculptures and prints with Manga-influenced lines that are the product of the overly stimulating, image-saturated culture in which he was raised. His signature series, “White Discharge”, (2002 onwards), consists of architectonic constructions assembling action figures, plastic food, and other small objects, covered with goopy white resin. Static yet dynamic in form, the unlikely allure of these bricolage entities lies in their embodiment of estranged elements; be they physical or psychological, attributes are layered, rationalized and given a new life through complex arrangements.

Chihiro Mori (b.1978) Mori earned a graduate degree in painting at Kyoto City University of the Arts in 2005, lives and works in Kyoto, Japan. She has been making countless drawings as if she disgorges images of various visual memories that accumulate in the urban body, such as logotypes of companies, products and sports teams, or scenes from movies, to turn them into paintings by recomposing them as a collage. Doodles from her childhood when she was seeing the world in high-resolution, and a feel for their playful associations, have also been an important signpost for her journey of creation. By using Japanese washi paper which absorbs paint easily, or by creating semi-transparent pictures with layered glue, she experiments with different materials and plays with images in tangible forms, and its process itself represents the motivation for her to create paintings. Besides, it should not be overlooked that the artist’s gaze contains objection, which stems from a sense of alienation, to the social norms prompted by images flooding the urban areas, and to the “mainstream” supported by the majority.