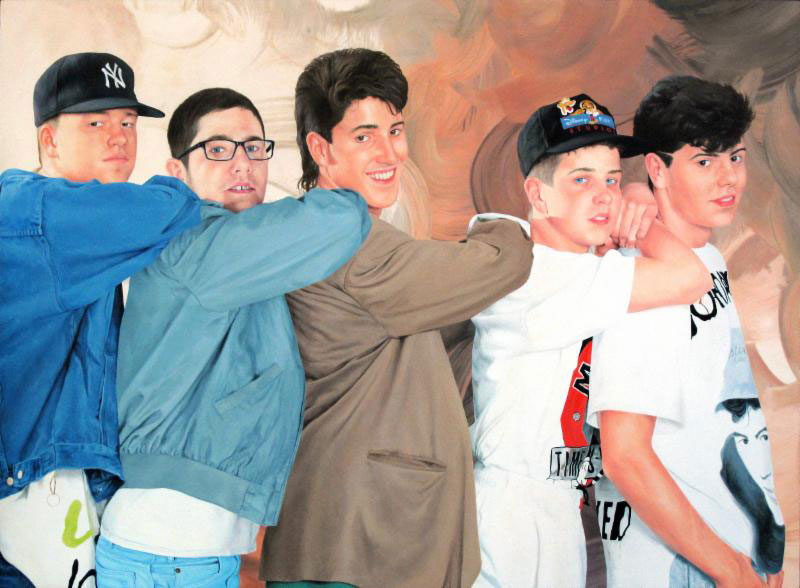 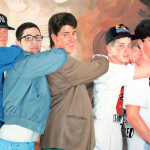 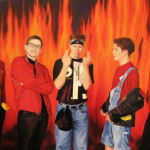 Through the re-creation and alteration of “New Kids on the Block” (NKOTB) posters, trading cards and magazine clippings Cobi Moules is readdressing his childhood obsession with NKOTB while seeking to reclaim his lost boyhood. As a late blooming transgender guy, this reclamation is especially important as it takes inventory of his youthful desires and reconstructs them with an empowered hindsight. During a time in which he was unable to follow his own instincts, Cobi quietly navigated queer relationships with those gorgeous and unattainable heartthrobs at the center of his daydreams.

Moving back and forth between lust and friendship, Cobi has created the childhood relationships that never could have been. Re-exploring his former loves and imagining his life with each member of the band; Jonathan, Jordan, Joey and Donnie all had an integral place within that world; while rejecting Danny altogether. Exploring queer desires through imitation and fantasy, Cobi wanted to both be with them and be one of them. Desiring to be a part of the ‘gang’ while slipping in and out of sometimes quiet and sometimes torrid love affairs, Cobi felt a world of ridiculousness swarming in his mind, “Who did I want to be? Who did I want to be with? And how could any of this ever be a possibility?”

Cobi states, “What seemed to be unrealizable for my young and confused childhood self has been made possible in adulthood. Perhaps I will never have that actual love affair with Jordan Knight, but living in the world as a queer boy has. Through this project I am realizing those wonderful and absurd childhood fantasies. Stripping Danny from the scenes and insert myself into them, I have become the ‘new kid’ that I desired to be.”