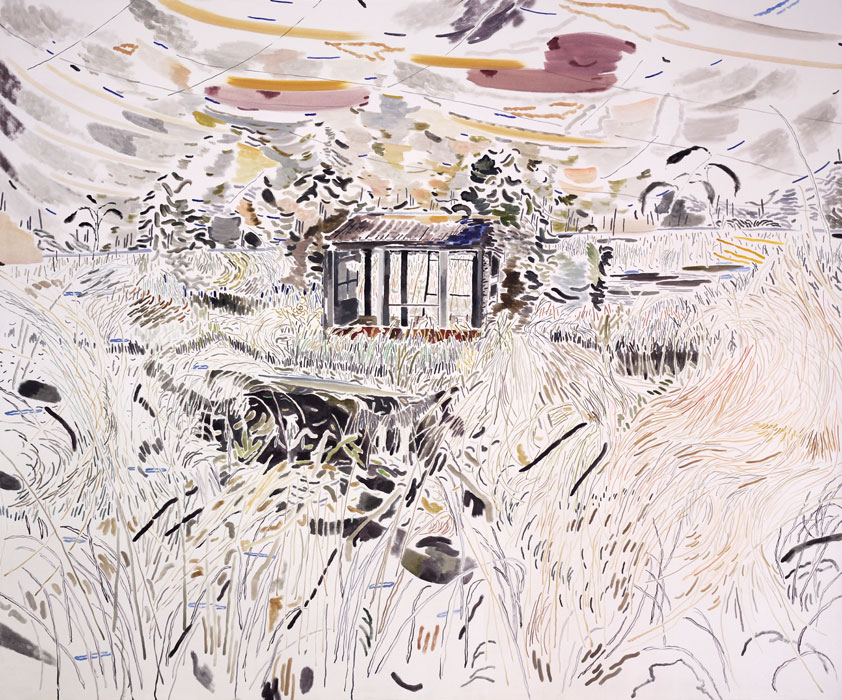 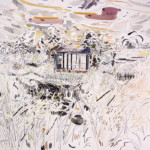 Simon Lee Gallery is proud to present “Connect 4”, an exhibition exploring the role that social connections and artistic interconnections play in the practice of a group of artists living and working in Hong Kong. Evoking the qualities of the networked city and the broader experiential possibilities of art, the close-knit artistic community of Hong Kong inevitably cultivates a rich sensibility of participation in and referencing between the practices of each artist. This exhibition presents an inter-generational group of artists whose practices explores vernacular materials, forms and contemporaneous emotional and social conditions.

The exhibition title and curatorial approach take their cue from the popular game “Connect 4”, with each artist invited to respond to the work of their contemporary. This collaborative call and response approach has resulted in manifold interconnections between the works whilst simultaneously mirroring how the artists themselves relate to each other in their everyday lives, providing an insider’s point of view of the intimacy of the Hong Kong art scene.

As two artists specializing in drawing, Chris Huen Sin Kan and Sarah Lai Cheuk Wah adopt different approaches to depicting a suspended moment – cultivating a deep, sensual perception through detailed and delicate strokes and distinct palettes, beautifully highlighting the everyday and overlooked. Widely acknowledged as one of Hong Kong’s most active conceptual artists, Luke Ching Chin Wai created “Luna and Moon” – a conceptual drawing produced over nine years. In 2006, Ching drew two spheres on the same spot on papers he placed on the wall of his studio in Vermont Arts Centre, USA, and produced a luna and a moon – one slightly brighter than the other. He brought this work to the Art museum of Nanjing Art Institute nine years later, adding a night screen and a nightfall as backdrop to turn them into a star chart and map. “Eclipse” is a new installation by Lui Chun Kwong as a response to Ching’s playful challenge to painting. The error signal message on the screen moves around the painted earth on screen, symbolising the everlasting principles that govern nature.

Developed over two decades, “Yi Liu Shan Shui” series have become part of the Lui Chun Kwong’s daily routine and a spiritual practice. Every single line and stroke is a record of the very particular moment in time and the body movement of the artist. They are all unique yet consistent. Kong Chun Hei‘s installation “The Tossing light” illustrates instability by highlighting the illusion behind the TV screen. For Kong, the screen is the only distance between the programmed and the real world. The painstaking engraving process onto the screen surface reduces the distance between two separated worlds yet adds uncertainty by blurring the imagery. Kwan Sheung Chi‘s work explores the nexus between object and its social context, using it as an ironic criticism and metaphor for life. “Correction pen corrected with its own content” questions the notion of reality by using the daily object as the material and context. Here, Kwan is trying to reveal its hidden nature. Luke Ching Chin Wai’s new work “A moment we changed”, humorously answers Chi’s question by revealing the ‘true colour’ of the pencil – in itself another piece of self-defying work. Ching has an incredible sensibility towards the most ordinary daily objects, which he manages to twist and manipulate imaginatively to create a new narrative.

We know how an incident will end when it has not even started, it ends where it starts. In the video work Kwan Sheung Chi and Sarah Lai Cheuk Wah employ the looping feature setting to extend or perhaps freeze moments in time, creating a storyline that appears logical but is in fact self-contradictory. Response to the artists’ playful take on looping, Kong Chun Hei mocks it by subtitling his ongoing brick drawing project, “Brick X (I will build a wall with a brick)”. While all the works in this group strive to maximise possibility from minimal means, Kwan Sheung Chi’s work “1000” is trying to reduce the value of an HK$ 1000 banknote by erasing the surface of it. With the surface value diminished, how does it impact the actual monetary value and how do we ascribe value in a world rich with images?