Dan Asher – An Anthropologist on Mars 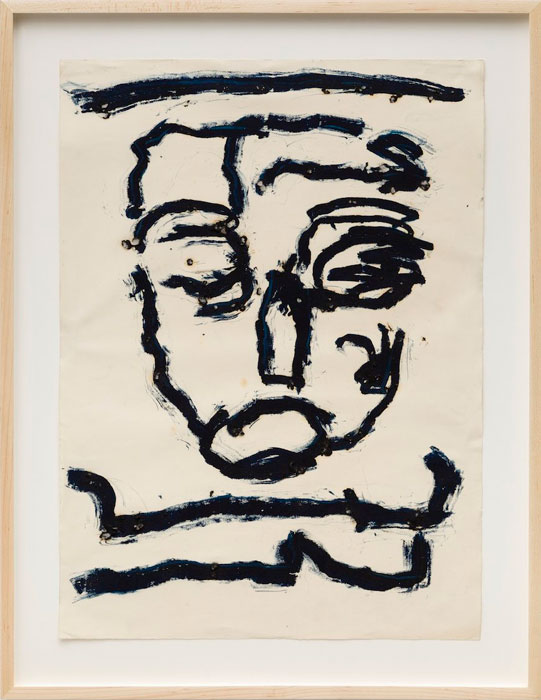 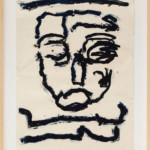 Martos Gallery is pleased to present “An Anthropologist on Mars”, the gallery’s first solo exhibition with The Estate of Dan Asher. The presentation includes paintings, sculpture, and works on paper – some works are being exhibited for the first time.

After reading “An Anthropologist on Mars” (1995) by Oliver Sacks, Asher remarked to a friend “that’s me!” The story he was referring to is one of seven in this collection of paradoxical tales of neurological disorders and creativity. The titled tale is about Temple Grandin. Diagnosed with autism, Grandin went on to earn her Ph.D. in animal science, teach at Colorado State University and write an autobiography. Grandin said she could understand “simple, strong, universal” emotions but couldn’t comprehend complex relationships or the emotional games people play with one another. She spoke of heightened sensations to an almost excruciating level and had difficulty following usual codes of human interactions. “Much of the time,” she said, “I feel like an anthropologist on mars.”

Asher recognized something similar in himself; a constant struggle between being aware of his own difficulties blending in, but also happy not to be the norm. He was like an optimistic voyeur – seeing people and faces resonated more than befriending them. He filmed people on subways, glaciers, city streets. His paintings and drawings were almost always abstract, with some discernable faces and bodies, birthed with emotive lines and colors. His sculptures, primarily made of clay, are amorphous, though somewhat anthropomorphic, and rarely include color. Both his works on paper and his videos feel impulsive and even slightly confessional.

Asher’s genuine infatuation with all aspects of life reveals itself in the faces of his work and his film footage, through the unique perspective of an artist struggling with, and yet somehow thriving with (either in spite of or perhaps because of) Asperger’s. Asher’s borderline hoarding is reflected in the obsessive-compulsive production of thousands of works across multiple mediums. As a self-identified and formally diagnosed “Aspie” – there are questions surrounding what aspects of his work and life are a direct result of his condition versus his bohemian, artistic lifestyle.

Before passing away in 2010, Dan Asher exhibited internationally for almost four decades. He was a capricious character who worked like an anthropologist; observing and documenting human behavior, and admired the fine balance between both the inspiration and malaise of city life. Known for his photography, video, drawing, painting, and sculpture, Asher always tried to push beyond what we know and are comfortable with, and what we fear. As a result, his works reflect his infatuation with the human element and our poetic relationships with one another.

On the occasion of “An Anthropologist on Mars”, there will be a short film program of Dan Asher’s films on April 3rd at Anthology Film Archives.