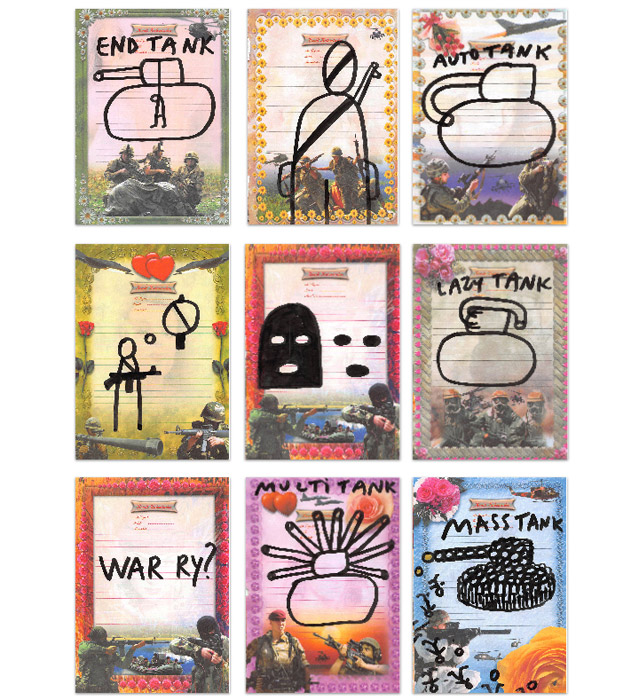 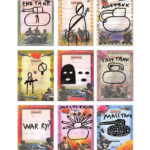 “I was born in 1961, the same year the Berlin Wall was erected. I am still standing.” (Dan Perjovschi)

Jane Lombard Gallery is proud to present “Time of Monsters”, Dan Perjovschi’s seventh exhibition with the gallery. Perjovschi continues to use his well-known caricatures, wordplay and site-specific installations to portray current events while conducting a humorous and sharp critique of international media and government players. His satirical works are sketchbook interventions with images and text in news, transforming the gallery into a space of relatable frustrations with sociopolitical conditions. Maintaining an ephemeral foundation, Perjovschi does not ignore the inherent contradictions of the socioeconomic privileged arena where his work can be found. To violence, opulence and extremism, he responds with puns, laughter and ridicule as the protection of freedom.

The execution of the works is in a constant state of development due to their contingency to the mutable issues they critique. On a constant search for materials, Perjovschi takes on the performative task to urgently collect, arrange and express compound ideas through his spontaneous illustrations. Site and time specificity are crucial to his exhibitions, focusing “Time of Monsters” on the spectacle of Trump and the words ‘fear,’ ‘future,’ ‘fake,’ ‘war’ and ‘resist.’ Perjovchi’s exhibition style is a unique artistic approach on the reflection of society; it is not a direct effort to shape the world, but rather an expression of feeling and engagement without becoming didactic.

Accompanying Perjovschi’s work is his partner, Lia Perjovschi’s Timeline. Lia produces timelines and mind maps that record and group information, categorizing and displaying vast subjects in a scale initially managed by the reader. Starting with the conventional line the text tangles and becomes increasingly disorienting to follow, revealing the ambiguity and expanding complexity of historical topics and contemporary affairs. The Perjovschi’s vital relationship to the dissemination of text and news is rooted in their experience as Romanian citizens during the austerity program of the Ceaușescu dictatorship. The twenty-five year long regime was marked by a limit on free speech, a strict secret police (the ‘Securitate’), extreme rationing, the ostentatious Palace of Parliament building project and a mandated blackout of information from outside the Eastern Bloc.

Accessibility, urgency, and liberty are emblematic to Perjovschi; the collages and newspaper collections embody a direct materialization of thought. Wanting to participate in the mass dialogue of the articles and images rather than aestheticizing them, the works are responses to dealings that affect and resonate with the artist as a constituent of post-communist Romania and in a global level. Perjovschi has played an active role in the reconstruction of political and cultural identity in Romania. His insightful drawings and commentary have appeared in journals such as “Revista 22”, to which he is its former art director. 22 takes the name from December 22, 1989, the day Nicolae Ceaușescu was overthrown. The journal is issued by the Group of Social Dialogue, a government resistant organization of writers, artists and philosophers supporting human rights, democracy and civil liberties.