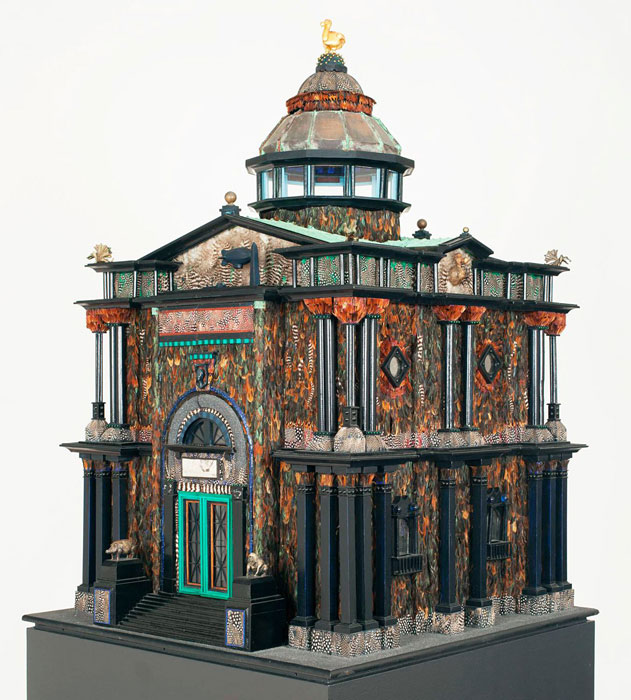 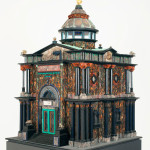 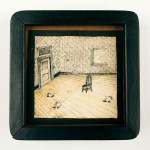 Allan Stone Projects is pleased to present “David Beck: Alligator Maintenance and Other Esoterica”. Selected from the Allan Stone Collection, this solo exhibition surveys sculptures, objets d’arts, and works on paper spanning over thirty years by the multidisciplinary artist. The exhibition highlights two monumental works including the “Dodo Museum”, 1980, which was recently exhibited at the Smithsonian American Art Museum in 2014-2015, and a mechanized self-portrait sculpture of the artist.

The “Dodo Museum” is a sophisticated example of Beck’s refined carving techniques. Referencing Greek revival and Victorian architectural motifs, the museum opens up to a replicated skeleton of the extinct bird and a gallery of miniature paintings recounting its poignant history. Unlike most sculptors, Beck invites the viewer to explore a sculpture’s insides, to witness its moving parts. The museum is a testament to Beck’s artistic skills inspired by simple mechanics, crank toys, and 18th century automata. Although these works appear to be whimsical, they in fact explore deeper ideas on loss, pathos, and the arbitrariness of civilization.

At the core of Beck’s endeavors is the dual experience of the art object: one that is experienced from the exterior and the other from the interior. Beck creates whole worlds that at once evoke elements of surprise and curiosity, but also explore complex issues in unexpected ways. Other works on view such as box dioramas, multi-media works on paper, and carved objects in large and miniature scale illustrate the range of Beck’s interests, from popular culture to classical art and architecture. Above all, they are rich worlds waiting to be discovered.

David Beck was born in Muncie, Indiana in 1953. After a year at Indiana University Bloomington, he studied painting and sculpture at Carnegie-Mellon, and received his BFA in 1976. That year he moved to New York and was included in a group exhibition at Allan Stone Gallery, where he exhibited regularly from then on. In 2006, the Smithsonian American Art Museum commissioned “MVSEVM”, which is on permanent display. Beck has been reviewed in The New York Times, the Smithsonian Magazine, Art & Antiques Magazine, and Art in America. Beck has had exhibitions at the Smithsonian American Art Museum, the Metropolitan Museum of Art, the Solomon R. Guggenheim Museum of Art, MoMA PS1, and others. He lives and works in San Francisco.