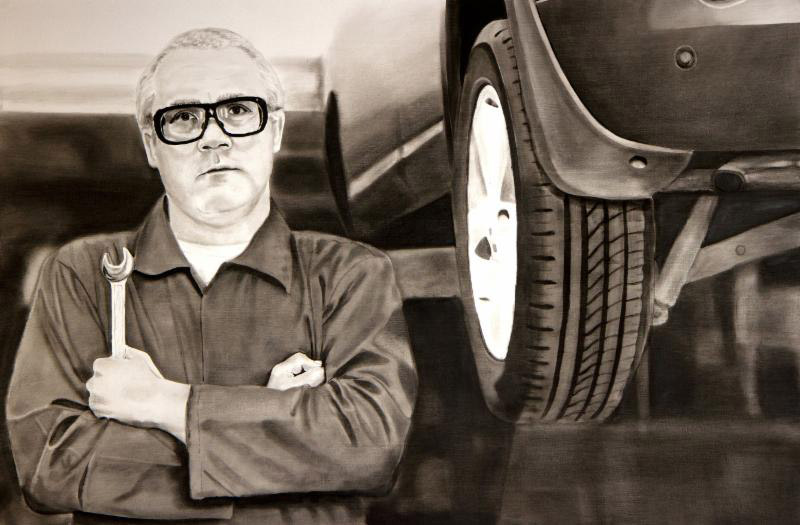 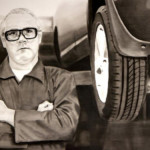 Lyons Wier Gallery is pleased to present “Don’t Quit Your Day Job,” a new body of work by artist David Lyle. Continuing on from his last series, “Everybody’s A Critic,” a wonderfully caustic commentary on the art world, Lyle resumes his humorous yet bitter critique by reimagining what well known artists might be doing today if they had not risen though through the art world ranks.

Featuring internationally recognized artists such as Pablo Picasso, Frida Kahlo, Andy Warhol, Ai Wei Wei, Jean-Michel Basquiat, Lyle’s paintings unfold as such; recognizable subject, recognizable composition, laugh, debate narrative, repeat… The narrative, of course, as seen through the lens of a full-time painter and part-time “jack of all trades” who must take whatever job he can get in order to connect the dots and survive.

As with many artists, David Lyle needs to find supplemental work to sustain his art-making. Lyle and I have often joked about the perceived romantic life that artists live, knowing all too well the Sisyphean task at hand. In his previous series, Lyle presented us with his view of the art world by lambasting the art critic, gallerist, auctioneer, collector, viewer, et al. With “Don’t Quit Your Day Job,” albeit immediately comical, Lyle digs a little bit deeper and focuses its communal context on the trials and tribulations of sustaining one’s dream.

Lyle also continues his painstakingly reductive painting process which is a very crucial element to the evolution of his final image. Each painting is crafted using only black paint and turpentine. Lyle begins his process by priming a panel with white gesso. He then paints a thin, rich, oily black veneer over the primed panel, slowly and systematically developing his images by removing some of the black paint with a cloth. In doing so, Lyle renders various values of black paint resulting in his signature-style of luminescent monochromatic works.

David Lyle attended the University of California at Santa Barbara’s College of Creative Studies. His work has been exhibited in New York, Miami, Austin, San Francisco, Los Angeles, Laguna Beach, CA and in France and Japan and has been featured in publications such as New York Magazine, Modern Painter, New American Paintings, American Artist, Hi-Fructose, Proximity Magazine and Coast Magazine. This is David Lyle’s fourth solo exhibition with Lyons Wier Gallery. The artist lives and works in Brooklyn, NY.