Home Events David Rios Ferreira – Gesture for want and tears for all that is dark
likeyou, October 1, 2020September 26, 2020, Exhibitions, 0 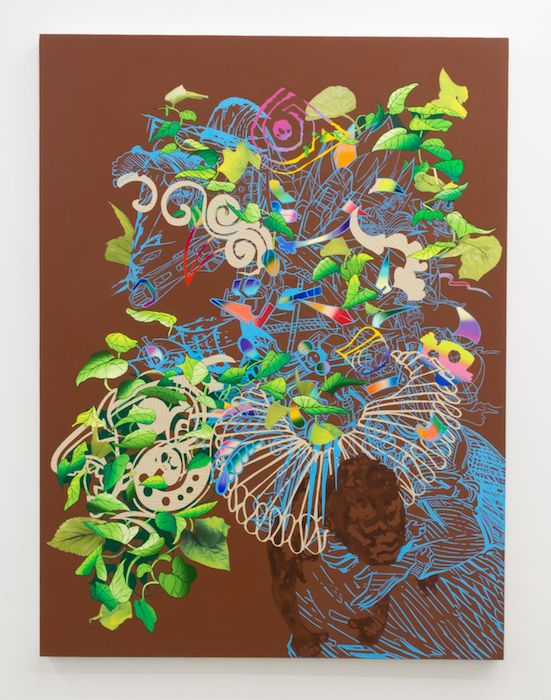 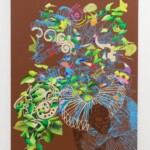 As a first-generation mainland Puerto Rican, Ferreira is influenced by the detestable deculturalization practices conducted by the United States government on children in Puerto Rico up until the 1950’s, strategies such as state-sponsored propaganda through nursery rhymes and school pledges. The artist’s practice is also informed by his young nephews on the Autism Spectrum who borrow lines from cartoons in order to communicate, with their interest in animation going beyond childish obsession and becoming a source for language. In Ferreira’s work, familiar Pop-culture characters such as Astro Boy, Pinocchio, and Peter Pan are reconstituted to become repositories for the artist’s personal history and broader political commentary. Ferreira draws from similarly constructed beings found in Caribbean and West African carnival culture, whereby new identities are formed from recycled fragments and everyday objects become ingredients for new structures that emit power and spirituality, while addressing social and political issues.

Taken all at once or piece by piece, Ferreira’s work coalesces into a study on identity formation, an investigation of gender, sexuality, race, and nation. In this unique moment in time in which old sociopolitical wounds resurface and new ones opened, Ferreira asks us to consider questions of ourselves and the systems of power that we inhabit.

David Rios Ferreira has exhibited in galleries and museums in the US and abroad including CoCA (Seattle, WA), Nemeth Art Center (Park Rapids, MN) and Kunstraum Richard Sorge Gallery (Berlin, Germany). He has held residencies at the Lower East Side Printshop (New York, NY), Elizabeth Foundation for the Arts (New York, NY), The Center for Book Arts (New York, NY) and has participated in professional development programs such as “Emerge 11” at Aljira (Newark, NJ) and the Bronx Museum’s Artist in the Marketplace (AIM) program (Bronx, NY). Awards include the National Association of Latino Arts & Culture Fund for the Arts grant, the New Jersey State Council on the Arts Fellowship, and the ArtSlant Grand Prize. Group exhibitions include “Bronx Calling: The Fourth AIM Biennial”, The Bronx Museum of the Arts (Bronx, NY), “Uproot” at Smack Mellon (Brooklyn, NY), and “Figuring The Floral” at Wave Hill (Bronx, NY). Solo exhibitions include “And by each crime and every kindness”, Sunroom Project Space at Wave Hill, “Ni de aquí, Ni de allá” at Rush Arts, Corridor Gallery (Brooklyn, NY), “And I Hear Your Words That I Made Up”, Brattleboro Museum & Art Center (Vermont) and most recently “Don’t you see I got everythin you need”, at BRIC (Brooklyn, NY). David Rios Ferreira holds a BFA from The Cooper Union.

Gallery hours Thur-Sat 11 am – 6 pm, and by appointment