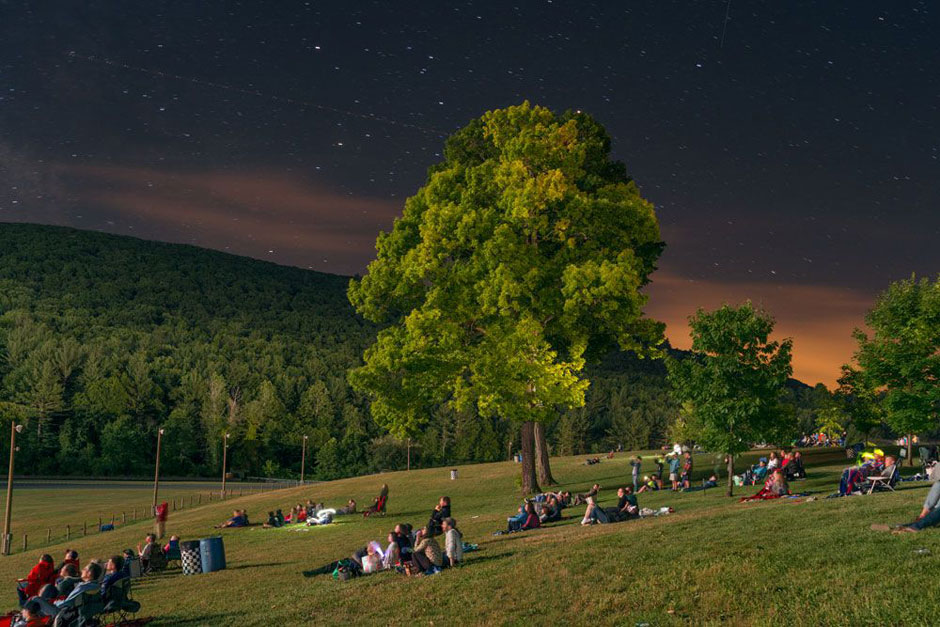 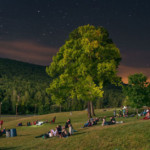 In 2006, Allee’s “Cross Lands” show focused on the nocturnal landscape with strange architectural and land-use juxtapositions. Nearly ten years later, Chasing Firefly marks the artist’s returns to photographing the landscape at night. This time, however, Allee embraces a more emotive perspective as he looks to places from his past in both New York City and the foothills of the Berkshire Mountains.

The exhibition title is a reference to the wistful feeling and innocence of childhood. It hints at the experience of facing the fear of darkness and fear in general through discovery, adventure, and a sense of the magical. In searching for and playing with the intense artificial light found at night in familiar places, (often from the artist’s childhood, such as the hill where he watched fireworks or the lake where he learned to swim), this work embodies a desire to reconcile adult fears in the context of youthful experience, amassed visual memory, and nostalgia.

“Chasing Firefly” also takes inspiration from the inherent contradiction in Allee’s life as a father – how does a parent reassure a young child that the world is safe while managing one’s own fears and pessimism, particularly in an extremist and divisive world? Allee uses darkness and found light to create landscapes that are purposefully ambiguous, disorienting, of suspended time, familiar yet seemingly unreal. The images present darkness that has the power to soothe but also to frighten, to be beautiful as well as ominous. These charged personal landscapes invite viewers to revisit and experience their own fears, dreams, and disharmonies.

There is a crack, a crack in everything
That’s how the light gets in*

“Chasing Firefly” considers the idea of a photographers’ documentation of landscape as “a visible manifestation of the invisible emotions of its inhabitants.”** Much like the photographers Paul Graham and Stephen Shore, Allee asks his audience to work hard at seeing the landscape, to look beyond the obvious and adopt a renewed appreciation for the everyday and the ordinary. These pictures ask that we do not take for granted the physical world and its reflection and impact on how we live and feel.

David S. Allee’s work has been exhibited extensively in major institutions and galleries. His photographs are in the permanent collection of prestigious institutions and appear widely in publications and journals. Allee lives and works in New York City.