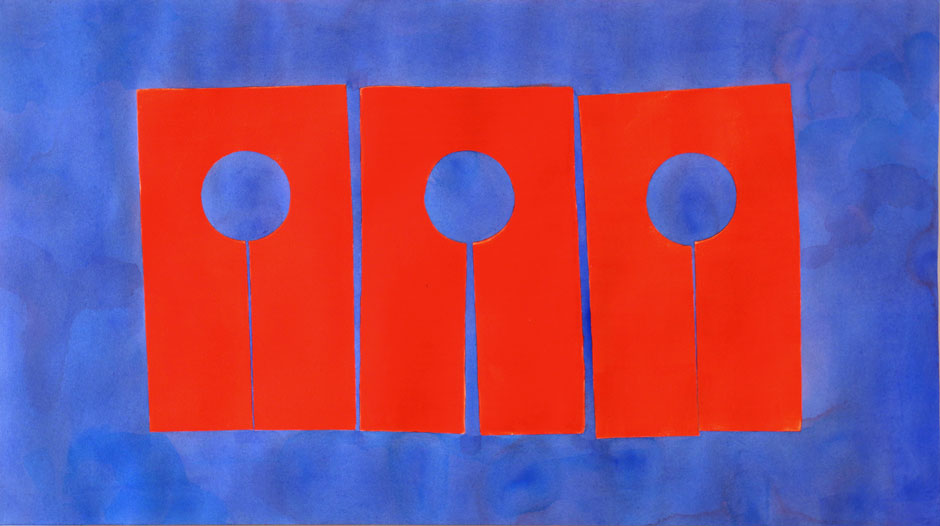 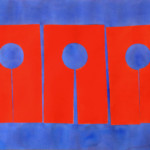 David Scanavino presents his fourth solo show with the gallery, and inaugurates the newly expanded exhibition space at 54 Ludlow Street. Scanavino will exhibit four new large-scale relief sculptures and a series of new works on paper, along with a drawing from 2008 – the year of his first exhibition at Klaus in Brooklyn.

Scanavino continues to appeal for a physical and psychic connection between his sculptural works and the viewer. Four new sculptures are carved from blocks of Valchromat©, a relatively new industrial material that infuses high density fiberboard with saturated color, and is used primarily in public or institutional environments. This material lends itself to the four images Scanavino has chosen to execute in sculptural form. An orange life vest hangs like a large icon on the wall, simplified in form, but readable as a symbol of safety and rescue. A highly-polished and enlarged blue school desktop is similarly mounted to the wall, familiar but abstracted in its vertical orientation and blown-up scale. A door-like form draws upon the spectrum of the rainbow – both idyllic and elementary. Finally, a precisely rendered home pregnancy test becomes a shamanic totem in deep purple, or perhaps a cartoon. It is a modern tool made into an icon, nonfunctioning but loaded with emotional significance.

Scanavino’s new works build on the use of reductive imagery and commercial materials by artists like Robert Moskowitz and Richard Artschwager. The specific visual references employed in the works – a life vest, a rainbow, a school desk, and a pregnancy test – provide a snapshot of a sociopolitical time in which they were made.

Accompanying the four sculptures from the main exhibition space, Scanavino will premiere a new collection of works on paper made from stamped ink and watercolor. The image of the life vest returns in these works, adrift alone or in groupings on a wash of blue watercolor. A graphite drawing from 2008 will also be shown for the first time at the gallery. The desk form in the piece connects Scanavino’s earliest mature work with the newest sculptures and drawings.