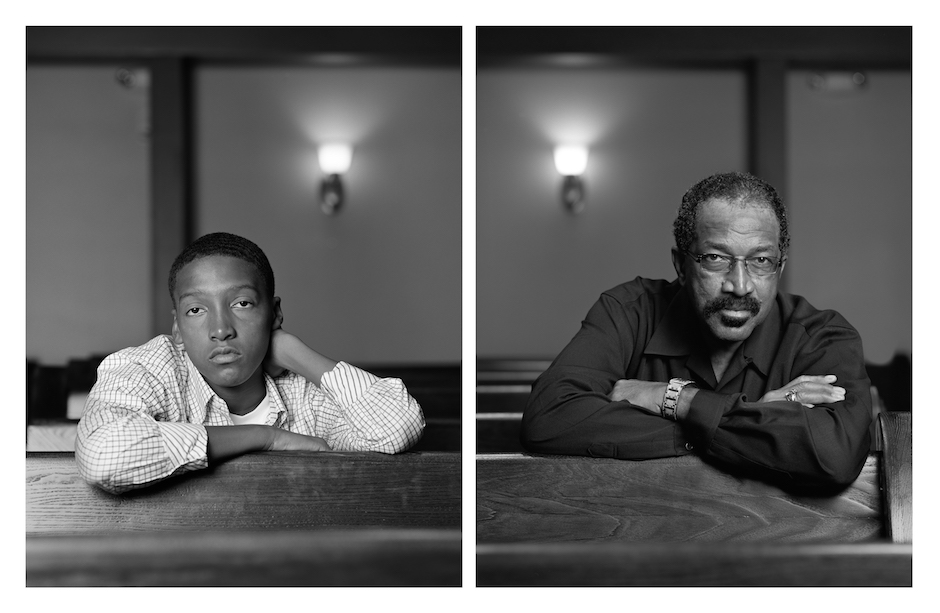 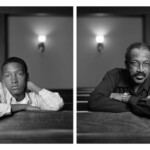 Rena Bransten Gallery is pleased to present a solo exhibition of photographer Dawoud Bey, coinciding with the opening of his retrospective “Dawoud Bey: An American Project” at San Francisco Museum of Modern Art on February 15, 2020 and traveling to the High Museum and the Whitney Museum. The gallery exhibition brings together four distinct bodies of work: “Harlem, U.S.A”, “Black-and-White Type 55 Polaroid Street Portraits”, “The Birmingham Project” and “Night Coming Tenderly, Black”.

“Harlem, U.S.A”, Bey’s first significant project, debuted at the Studio Museum in Harlem in 1979. Initially a response to his own family’s history in that community and the controversial exhibition “Harlem on My Mind”, the show “Harlem, U.S.A” developed the language and interests that have informed his practice to date. As Bey puts it, “It seemed like a rather simple idea: a person in front of a camera can result in something deeply moving.”

“Black-and-White Type 55 Polaroid Street Portraits”, 1987 – 1990, continues Bey’s explorations; place and person, portrait and subject, subject and photographer. Each photograph in this series is a profoundly sensitive psychological portrait, as well as a photograph of uncompromisingly exquisite materiality.

“The Birmingham Project”, may well have been a series that Bey had prepared for fifty years. Based on the 1963 16th Street Baptist Church bombing in Birmingham, Alabama, then ten-year-old Bey had been intensely affected by images of the bomb victims. Considering a project that related to the fifty-year anniversary, Bey had been travelling to Birmingham for ten years before deciding on the format: pairing an image of a child the age of the murder victim with an image of an adult fifty years their senior.

“Night Coming Tenderly, Black” was created for the Front Triennial 2018 Cleveland Ohio. These almost black, large, gelatin silver photographs hover on the edge of visibility and as Bey states, “is a visual reimagining of the movement of fugitive slaves through the Cleveland and Hudson, Ohio landscape as they approached Lake Erie and the final passage to freedom in Canada.”

Dawoud Bey’s museum exhibitions include the Art Institute of Chicago, the Brooklyn Museum, the Walker Art Center, the Museum of Contemporary Art Chicago, and the Studio Museum in Harlem among others. His works are included in the permanent collections of over fifty museums throughout the United States and Europe. Bey’s grants and honors include the 2017 John D. and Catherine T. MacArthur Foundation Fellowship, the United States Artists Fellowship, the John Simon Guggenheim Memorial Foundation Fellowship, and the National Endowment for the Arts Fellowship. Dawoud Bey holds a Master of Fine Arts degree from Yale University School of Art and is currently Professor of Art and a former Distinguished College Artist at Columbia College Chicago, where he has taught since 1998.