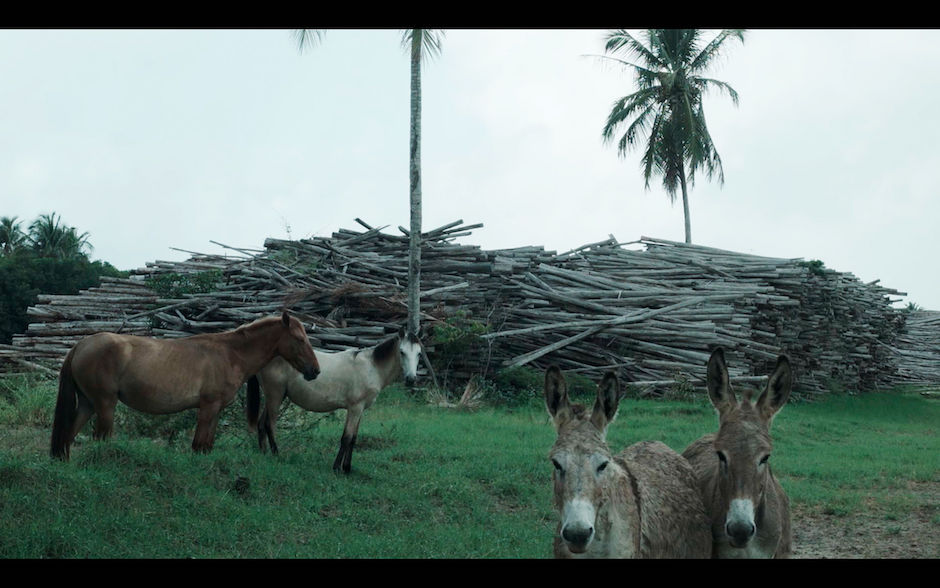 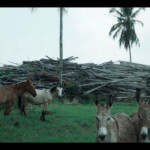 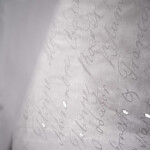 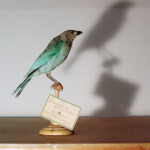 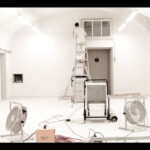 In January 2020, Manor Art Award-recipient Denise Bertschi (b. 1983 in Aarau) presents her work in a solo exhibition at the Aargauer Kunsthaus. For this show, Denise Bertschi continues to develop her project “HELVÉCIA, Brazil” (2017–18), a body of work examining the trade relations of Swiss merchants to Brazil during the colonial period. These connections lead us to Aarau, where her research reveals some surprising aspects.

The Aarau-born artist Denise Bertschi takes up historical events in her work to question Switzerland’s relationship to the world. She addresses Switzerland’s colonial involvement or reflects on the concept of neutrality, which profoundly imprints the internal and external perception of Switzerland and at the same time raises questions. For her research, Bertschi frequently visits the regions examined in her works. She went into the de-militarised zone between North and South Korea where neutral Swiss military observers have been stationed for years; she spent time in Brazil where, in the north- eastern state of Bahia, one of the largest nineteenth-century coffee plantations was run by Swiss; and she was in South Africa to look into Switzerland’s relations to the apartheid state.

The artist also spends time in various places in Switzerland: in archives or buildings in which history or narratives that interest her become manifest. She talks to the locals, to people who witnessed the period, to decision makers or their descendants, and records the places she visits, the nature and architecture, in photographs and video footage. In doing so, she is interested in visual details – the beautiful, the striking and the bizarre – as well as in the potential of places as silent witnesses of the past. The found image Bertschi subsequently collages is of particular importance in this practise: we encounter it in the form of projections, as wall-sized wallpaper, printed on textiles or in book form. Bertschi usually creates a number of works focusing on a particular subject, corresponding to the variety of perspectives the artist wishes for a re-reading of history based on social or ethnic viewpoints.

For her January 2020 exhibition at the Aargauer Kunsthaus marking the Manor Art Award, Denise Bertschi continues to develop her project “HELVÉCIA, Brazil” (2017–18), a body of work examining the trade relations of Swiss merchants to Brazil during the colonial period. The local perspectives gathered during her travels to the state of Bahia are contrasted with her most recent research on the Aargau protagonists. The latter take her to various depots and selected buildings in the city of Aarau, including the State Archives and Naturama Aargau museum. Stored at Naturama, as witnesses from afar, are the collections – mostly of exotic birds – donated by those who travelled to Brazil. At the State Archives, the artist came across a merchant’s collection of photographs, which cement the prevailing views of the faraway country in the Swiss population.

The photographs provide another connection to Aarau, as the factory in the Telli Industrial Park – where Chocolat Frey would later set up shop – was initially home to a production facility for photochemical and photo-technical supplies. The Aargau merchants presumably were familiar with the latest technology. It is on these and other, similar interconnections that Bertschi turns her focus. They provide, along with impressions of meetings, documentations and facts gathered during her research, the basis for her video installations, photographs and objects.

The results of her latest research in Aarau are faced with the multi-channel video work “HELVÉCIA, Brazil” (2017). In this work she documents the present-day situation in the town of the same name. Where once the “Leopoldina” colony, one of the world’s largest coffee plantations founded in 1818 by Swiss and Germans, was located, eucalyptus plantations nowadays attest to an exploitative timber industry. The artist traces this “overgrown” colonial history. Following a similar approach, the material from the local archives and the pictures of buildings in Aarau are incorporated into the new filmic and photographic works. The individual works offer insights and connections that are indebted not so much to the diligence of a historical approach as to the experiences of those involved and the questioning of one’s own, Western European-trained way of thinking and seeing.

Publication
A first monography on Denise Bertschi is published in conjunction with her exhibition at the Aargauer Kunsthaus. The medium of the book plays an important role in Bertschi’s artistic practise. To date, she has made a name for herself mainly with artist’s publications featuring selected photo series and collaged archival materials. The monograph for the first time assembles different bodies of work, including “STATE FICTION” (2015), “NEUTRALITY AS AN AGENT” (2017/18) and “HELVÉCIA, Brazil” (2017/2018). The image section of the book, which was developed in collaboration with the Martin Stoecklin Design Office, associatively guides us through different works of the artist based on photographs, video stills and interview fragments and carves out the specific characteristics of her visual practise. Included are research and documentary material as well as the hitherto mostly unpublished photographic search for traces on site. The index in the appendix offers an informative reading aid.

Three essays contextualise Bertschi’s way of working. Anselm Franke, Head of the Department of Visual Arts and Film at the Haus der Kulturen der Welt in Berlin, describes in his essay on Bertschi’s work how history can serve as a means to question the present. In a text structured as a dialogue, the Zürich-based historian Bernhard C. Schär and André Nicacio Lima from São Paulo discuss the role of Switzerland in Brazil during the colonial and imperial periods. Yasmin Afschar, Curator at the Aargauer Kunsthaus, describes how Bertschi’s particular artistic practise crystallises out of the visual and textual interweaving of geographies, architectures, testimonies and artefacts.

A Commitment to the Young Swiss Art Scene
One of the most important advancement awards for contemporary art in our country, the Manor Art Award was established in 1982 by Philippe Nordmann to offer a platform for young Swiss artists. Every year, a jury of experts awards it in six Swiss cities, with Aarau, Basel, Biel, Chur, Geneva, Lausanne, Lugano, Lucerne, Schaffhausen, Sion, St. Gallen and Winterthur alternating every two years. As a look at the list of awardees reveals, the Manor Art Award has contributed to the international breakthrough of a whole slew of artists, including Luciano Castelli (1984 Art Award Lucerne), Marie José Burki (1993 Art Award Geneva), Pipilotti Rist (1994 Art Award St. Gallen) and Lena Maria Thüring (2013 Art Award Basel).

Born in Aarau in 1983, Denise Bertschi studied visual communication at the Zurich University of the Arts (ZHdK) (BA) and visual arts at the Haute école d’art et de design (HEAD) in Geneva (MA). She is currently completing her doctorate at the EPFL in Lausanne (partnering with HEAD). She lives and works in Lausanne.