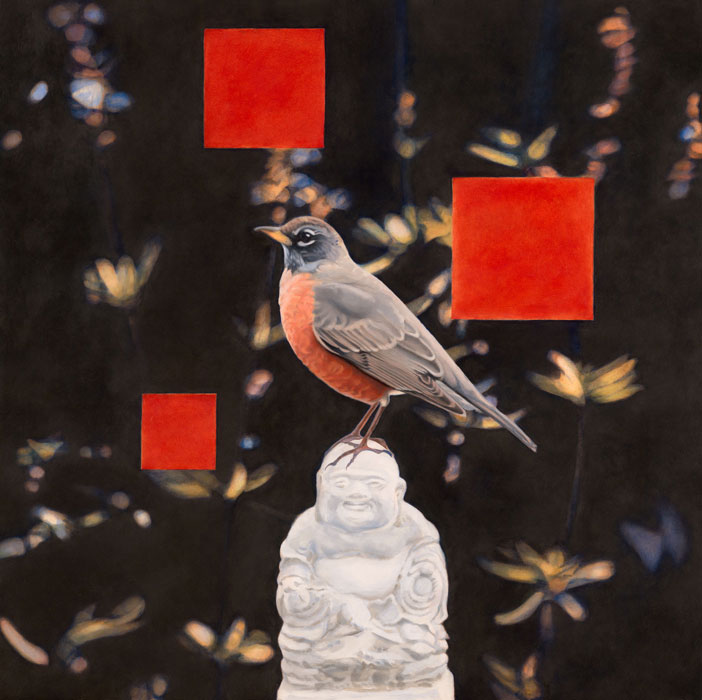 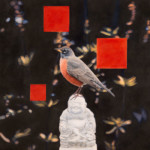 Rena Bransten Gallery is pleased to present “Diane Andrews Hall: in time”. This solo exhibition, Andrews Hall’s first with the gallery, is a collection of exquisitely detailed and masterfully crafted paintings of the natural environment. Andrews Hall is an acute observer of her surroundings and has the intuitive connection to capture the fleeting moment a Goldfinch lands in the birdbath in her back yard, or the meditative Pacific Ocean waves as they arrive on the shore. Andrews Hall’s paintings arrest time, allowing us to exist and relish in the moment portrayed for as long as we wish.This relationship with time is informed too by Andrews Hall’s passion for music (she has been playing the piano since childhood), and musical symbols frequently show up in the work.

These works stand as proof that we needn’t travel far from home to find captivating subject matter, and in fact those things closest to home may hold the most powerful intrigue.

Diane Andrews Hall received her MFA in 1969 from the Hoffberger School of Painting at the Maryland Institute in Baltimore where she studied with Grace Hartigan. She was a founding member, along with husband Doug Hall and Jody Procter, of the San Francisco based multi‐media art collective T.R. Uthco, active during the 1970s. In the late 1970s a desire to reconnect with the materiality of art making urged her back to painting and drawing, which she has continued ever since. Her work has been shown in numerous solo and group exhibitions both nationally and internationally over the last several decades at institutions including the Berkeley Art Museum, CA; de Young Museum, San Francisco, CA; Capp Street Project, San Francisco, CA; Russian Museum, Leningrad, U.S.S.R; MOCA, Los Angeles, CA; J Paul Getty Museum, Los Angeles, CA; and San Francisco Museum of Modern Art, CA. Her work is held in numerous private and public collections. She currently lives and works in San Francisco.