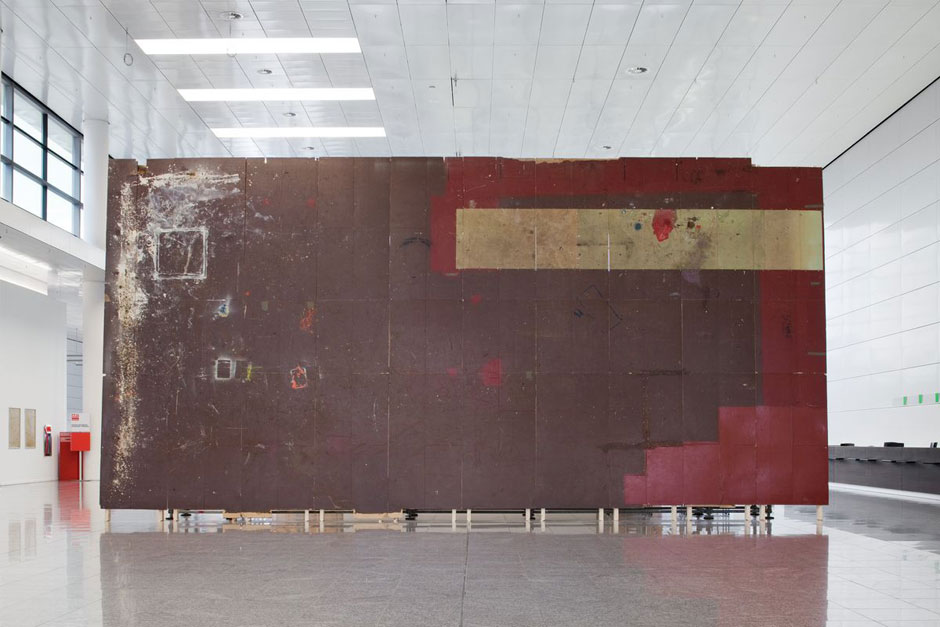 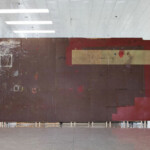 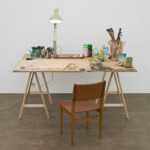 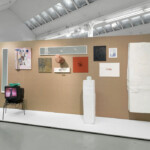 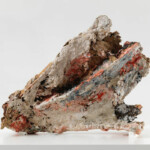 Hauser & Wirth is pleased to present a joint exhibition of two modern masters of the late 20th century, Dieter Roth and Franz West. The presentation displays a focused selection of works by these two remarkable artists, including sculpture, installation, and works on paper, and investigates the legacy they left in the realm of contemporary sculpture. ‘Dieter Roth and Franz West’, organised by Björn Roth, marks the first time these creative pioneers have been exhibited together in this context, exploring their similarities whilst also juxtaposing their artistic processes and presenting their practice in a new, unprecedented light.

Considered to be two of the most influential artists of recent decades, German-born Swiss artist Dieter Roth and Austrian artist Franz West were only a generation apart. The two artists often crossed paths in Vienna – West’s hometown – during the late 1980s and early 90s whilst Roth had a studio there. Despite never collaborating, both artists knew each other and had a deep respect for one another’s work.

During two careers that were at once prolific and groundbreaking, Roth and West pushed the boundaries and limitations of sculpture, challenging traditional notions of beauty, authorship and materiality. Both artists often explored the abject but were still playful in their creations through the use of everyday objects and materials. Each in their own radical way, Roth and West experimented with the viewer’s role in activating the artwork, blurring the lines between process and the ‘finished’ art object.

Dieter Roth (born in Hannover in 1930) was a true polymath, whose extensive career spanned book making, prints, painting, collage, sculpture and works that combine all of these media in large scale assemblages. He employed ephemeral materials, including food, that were subject to decomposition, and created large scale installations that evolved over time. Particularly through his assemblages, Roth explored the unpredictable processes of art making and integrated into his work elements of change and decay.

Franz West (born in Vienna in 1947) is best known for his tactile sculptures and interactive installations with furniture. West employed everyday materials and a vernacular visual language, and like Roth, used his sculptures as a means to rupture the boundaries between the contained artwork and the outside world. The elevation of audience participation in his artmaking often invited elements of chance, accidents and multiple interpretations, leading West to explore notions of time, context and authorship. West was inspired by both the direct, physical relationship between artwork and viewer and an intellectual understanding of this dialogue. His work was informed by readings of the psychoanalysis of Jacques Lacan and the philosophy of Ludwig Wittgenstein, which initiated a lighthearted yet philosophical exchange with the audience.

Highlights of the exhibition include a number of monumental installations by both artists. Dieter Roth’s ‘The Floor II’ (1977–1998) is a section of floor taken up from the artist’s studio in Mosfellsbær near Reykjavik in Iceland where he worked from 1973 onwards. Accumulating drips, debris and markings from the studio, this expanse of wood paneled floor not only challenges ideas surrounding the legitimacy of artist’s hand, but of the artwork itself. Mirroring the size of this work will be Franz West’s collaborative installation ‘Synchronie (Abriss)’ (1997). This double-sided piece consists of 12 artworks (split between male and female artists), and features an array of found objects, furniture, sculpture and paintings made by West’s collaborators — overturning conventional ideas of authorship. These principles are shared in West’s earlier work ‘Kasseler Rippchen (Kassel-Style Spare Ribs)’ (1991/1996), where the artist similarly invited peers to collaborate and create a room filling installation of different artworks. This work includes paintings by Mary Heilmann, Martin Kippenberger and Albert Oehlen, objects by artists including Jason Rhoades, and a table and set of three chairs by West. These large-scale works, despite being in dialogue with one another in the gallery, also demonstrate fundamental differences in the artists’ processes.

Other important works in the exhibition include Roth’s ‘Table Hegenheimerstrasse’ (1980 – 2000) and accompanying ‘Tischmatte’ (table mat). This work desk from Roth’s Hegenheimerstrasse studio comprises utensils, objects and documentations of the artist’s creative process, advocating a seamless melding of art and life, an artistic approach Roth favoured. Also on view are a number of Roth’s Mols Paintings, formed of assemblages that hang on the wall, named after a small town in Switzerland where Roth temporarily had a work space. In addition, a selection of the artist’s Turmgebilde sculptures, or ‘tower structures’, are presented, amalgamations of found objects, haphazardly held together by glue and exhibited on plinths: a tongue in cheek art historical reference.

The exhibition also includes a number of papier-mâché sculptures by Franz West, such as a selection of his renowned ‘Passstücke’, or ‘Adaptives’. These small amorphous objects are meant to be touched, held and manipulated, examining the interactions between viewer and the artwork. The humble materials of these ‘Passstücke’, typically papier-mâché or plaster with rough-finished surfaces, demonstrate West’s hands-on approach in which art is part of the everyday. Other sculptural works by West on view include the artist’s ‘Allzweckkasten (Multi-purpose box)’ (1988), a multi-purpose trolley with a filler pipe and a hatch door on the back, which West suggested you could use for dirty laundry. The exhibition also presents further key installation works by West: ‘Habitus’ (1996), as well as ‘Guest bed (with Rudolf Polansky)’ (1999), both of which use furniture originally employed to encourage an interactive art setting. The exhibition culminates with collages and other works on paper by both artists, bringing together these two incredible oeuvres.