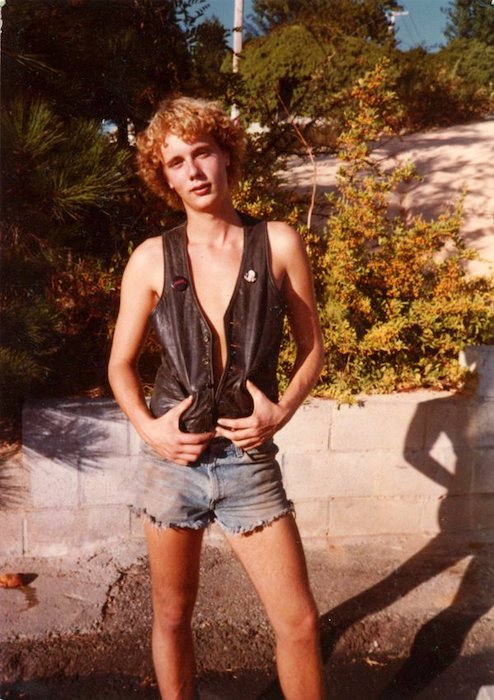 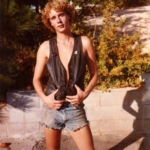 Robert Mann Gallery, in conjunction with George Adams Gallery, is pleased to announce two exhibitions of photographs by Doug Biggert. The exhibition encompasses portraits of hitchhikers Biggert has picked up on his travels, predominately along I-80 and Route 49 in Northern California beginning in the early 1970s. The George Adams Gallery exhibition will also include a second series, featuring patrons who frequented Socrates Sandal shop, where Biggert worked, on West Balboa Boulevard in Newport Harbor, CA, from 1968-1972. Over forty snapshots from the Hitchhikers series – which runs to approximately 450 images over almost three decades – will be on view across both galleries. In addition, a small cross-section of the Sandal Shop images will be presented at George Adams Gallery, along with a documentary short produced about the artist, “Beautiful America”, from 2008.

Starting around 1973, Biggert began hosting a twice-weekly late-night jazz program at KVMR, a radio station out of Nevada City, CA. Driving his green VW Bug on his commute to and from San Francisco and later Sacramento, he began picking up hitchhikers for company and taking informal portraits of his passengers. Biggert continued this practice for decades, keeping the photos in a binder in the VW to show his would-be subjects by way of explaining his motives. Over the years the project expanded well beyond his regular commute through the Gold Country with the result that these snapshot portraits capture not only an itinerant population of young teens, college kids, tourists and down and outers, but also the look of an evolving America from the ’70s onward. For decades Biggert has been drawn to the margins of society; his photographic impulses have led him to document countless examples of the kind of visual placeholders that have long signified subcultures such as graffiti, bumper stickers and hand-painted street signs. In life, as in his art, his boundless curiosity is as much the connoisseur’s as the cataloguer, where images are just one facet of the collections he has amassed. Yet while Biggert rarely sought to create a record of a time or a place, by simply being present, he offers an insight into a kind of alternative lifestyle that so defined a generation and a region.

Doug Biggert was born in Evanston, Illinois in 1941 and raised in St Louis, MO, where he attended Principia College and later graduated from Washington University. His first exposure to photography was as a child, when given a camera by his aunt though he didn’t begin photographing in earnest until he was living in California, with the Sandal Shop series. By nature a wanderer, Biggert himself first hitchhiked through the southwest as a teenager and around Europe during a summer abroad while in college. He eventually found his way to California, living first in Balboa, in Orange County, later moving to San Francisco and then Sacramento. The urge to explore never left him however. By his own admission, Biggert has visited all fifty states, in part through his own wanderlust but also through his role as the manager of global distribution of magazines for Tower Records, a position he held from 1978 until 1999. In this capacity, Biggert was hugely influential in improving distribution and exposure for a nascent Zine scene, sometimes supporting publishers directly to see an issue produced.