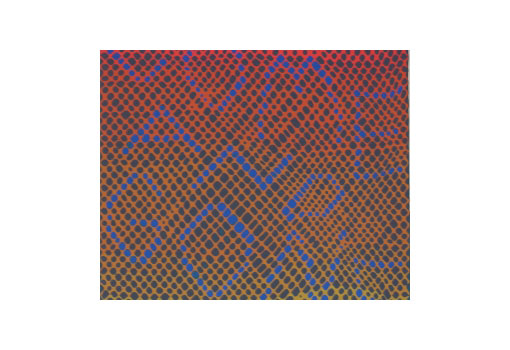 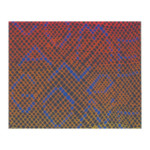 Jeff Bailey Gallery is pleased to present a solo exhibition of paintings and works on paper by E.E. Ikeler.

Ikeler’s work highlights the space between visual perception and legibility. Her text-based works aren’t easily read, creating a situation in which the physical experience of reading is slowed down.

The text usually alludes to common phrases or idioms, and often there’s a kind of negation or longing implied, as in “COME AND GONE”. The work functions as both signs (Ikeler uses sign paints) and paintings: the meaning isn’t in the text as much as it is within the object as a whole.

Surface and texture are integral to the work. Often reflective, they will change as the viewer moves in front of it, altering initial perception. As such, Ikeler gently forces the viewer to use their body to not only read the text but also experience the painting as a whole. She says, “I’m trying to complicate the idea that language is not physical or not embodied.”

“I think of language as a filter that we use to make sense of a kind of vibrant meaningless static. Language makes culture possible but it also causes oppression, emphasizes differences and creates hierarchies. Even so, language has a capaciousness that hints at the possibility of using it in other ways. The idea of things being hidden in plain site is something I’m always chasing.”

This is Ikeler’s (b. 1986) first solo exhibition with the gallery. She received a BFA from The Cooper Union in 2008 and an MFA from Yale University in 2016. A recent solo exhibition, “L.H.R.”, was held at In Limbo, Brooklyn. She will have a solo exhibition at Kent Pace Gallery, Summit, NJ in 2017. Her work has been exhibited at Mulherin, New York and Abrons Art Center, New York. She received a 2016 Leroy Neiman Foundation Summer Fellowship, Ox-bow School of Art, Saugatuck, MI; a Yale Flags Award, a Helen Watson Winternitz Award and a Beinecke Rare Book & Manuscript Library Research Fellowship (all Yale University, 2015). She lives and works in Bloomington, Indiana.