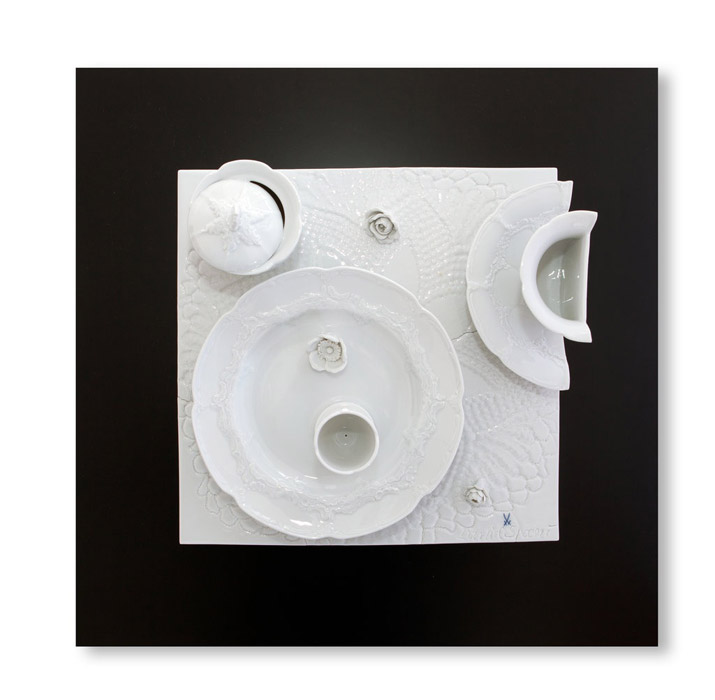 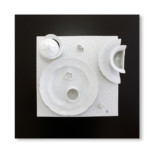 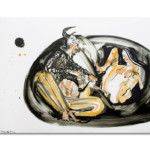 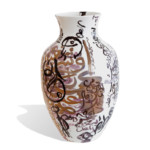 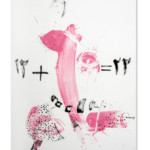 “Cooperating with external artists is of great importance to Meissen and an invigorating process. When fine white porcelain meets contemporary art, new masterpieces transpire. It is a great honour for us that renowned contemporary artists get so excited about our Meissen porcelain and really want to work with it. Together, we can enrich the art world and inspire with surprising creations”, says Georg Nussdorfer, Managing Director of the Manufactory Meissen.

“East meets West” will present a total of 18 porcelain pieces in a juxtaposition of works by Iranian brothers Ramin and Rokni Haerizadeh, Syrian artists Ahmad Moualla and Khaled Al-Saai, with pieces by German artists Anselm Reyle and Otto Piene, and Rumanian/Swiss artist Daniel Spoerri. The seven artists chosen for the exhibition in Thalwil/Zurich form only small part of the entire collection of Meissen, which currently includes porcelain works by over 50 artists.

“As a gallery with a focus on contemporary art from the Middle East, we are committed to promoting cultural exchange. With the establishment of artCAMPUS in 2010 the German porcelain manufacturer Meissen has been actively supporting a contemporary examination of a traditional craft and a material, that still holds a unique position in the contemporary art market to date. With this partnership we are delighted to be able to present works by renowned international artists rarely seen outside the artCAMPUS to a wider audience,” say Heidi and Franz Leupi, AB43 Contemporary.

Ramin Haerizadeh (born in Teheran in 1975), lives and works in exile in Dubai. He and his brother Rokni were born in Iran in a period of great upheaval culminating in the revolution and the takeover of power by Ayatollah Khomeini. The drastic changes in their homeland and the consequences these have had for day-to-day life have left a lasting impression on Rokni and Ramin. During his studies Ramin focussed on photography. To date he uses his photos as a basis for collages, in which he elaborates and often extracts excerpts from current Iranian daily newspapers. They are angry pictures, satires, which fight against hypocrisy and injustice.

Rokni Haerizadeh (born in Teheran in 1978) lives and works in exile in Dubai. Rokni Haerizadeh, who already began painting as a child and was taught by the celebrated Iranian artist Ahmad Amin Nazar from an early age, draws on figures and elements from classical Persian poetry, fusing them with scenes from current events. His expressive works are imbued with many layers of meaning. They appear to be relating a happy tale but, in fact, subtly take a stand against infringements of freedom and the law, against hypocrisy and bigotry.

Ahmad Moualla (born in Syria in 1958) lives and works in France. He is recognized as one of the leading exponents in contemporary Syrian expressionism. Moualla studied Classical Calligraphy but initially turned to painting. While studying Graphics and Visual Communication in Damascus and Paris, he was interested in the relationship between painting and script. The painter figuratively encounters the calligrapher in the process of working the surface of his painted grounds. The painter in him applies the layers of colour, whilst the calligrapher sets letters and words. Moualla is internationally established as a graphic artist, designer and painter. Countless posters, book covers and murals bear his artistic stamp.

Khaled Al-Saai (born in Syria in 1970) lives and works in the United Arab Emirates. He studied calligraphy in Istanbul as well as painting in Damascus. In 1997, he was named one of the ten best calligraphers in the world at Tehran’s calligraphy festival. Ranging from decorative to innovative works, in which he combines individual inscriptions into picturesque compositions, Al-Saai’s works can be found in numerous museum and private collections worldwide. Khaled Al-Saai teaches calligraphy in Michigan and is offering worldwide calligraphy workshops.

Otto Piene (born in Laasphe, Germany in 1928; died 2014 in Berlin) was a co-founder of the influential European post-war movement Group ZERO. He was known for developing the Grid Picture, for his “Rauchbilder” (smoke pictures), in which the artist applied solvent to pigmented paper and set it on fire, before creating images from the soot, and for his sky art. For over 20 years Piene worked as the Director of the Center for Advanced Visual Studies at the Massachusetts Institute of Technology. Together with Heinz Mack, Günther Uecker and the Stiftung Museum Kunstpalast (Mattijs Visser) he founded the international ZERO Foundation in 2008 to house the archive of the famous Dusseldorf collective with numerous works, documents, photographs etc.

Anselm Reyle (born in Tübingen, Germany in 1970) lives and works in Berlin and holds a professorship at the College of Fine Art in Hamburg. He studied Painting at the Karlsruhe Art Academy. Characteristic of his work are various found objects that have been removed from their original function, altered visually and recontextualized. The artist uses a vast and diverse group of materials taken from both traditional art and commercial milieus including coloured foils from shop window displays, acrylic medium and pastes, automotive lacquer, and useless everyday garbage taken from urban areas. By removing these materials from their contexts and masking their original function, Reyle varies the degree to which each retains its respective visual reference.

Daniel Spoerri (born in Romania in 1930) lives and works in Vienna. He is a Swiss dancer, poet, director, and artist, the founding member of the “Nouveaux Réalistes”, and the founder of “Eat Art”. With his “Fallenbilder” the confrontation with the transformation of objects runs through his artistic œuvre. With a simple change, such as a shift from vertical to horizontal, Spoerri is able to change levels of perception and reality. The metamorphosis of his own character is an important medium for expression in his creative process. The artist has also set up two foundations – the “Il Giardino di Daniel Spoerri – Hic Terminus Haeret” sculpture park in Tuscany and a Kunststaulager (“art logjam store”) with attached exhibition house and eatery at Hadersdorf am Kamp in Northern Austria.