Ed Sievers – In My Corner 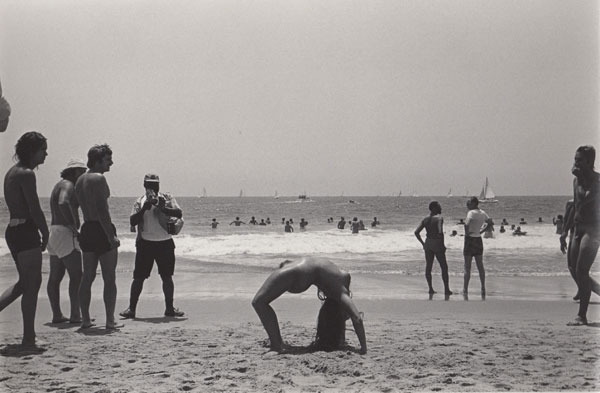 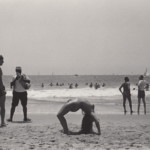 Robert Mann Gallery is pleased to announce the debut of newly discovered work by Ed Sievers (1932 – 2002). Interested in the visual layering of meaning within his work and energy of American youth culture in the 1960’s and 1970’s, Sievers’ photographs captured decisive moments of people interacting with the public space.

Ed Sievers was born in 1932 in St. Louis, MO and attended Grinnell College, graduating with a degree in Speech in 1954. In 1966, he was accepted into the MFA program at the Rhode Island School of Design to study photography with his mentor Harry Callahan and contemporaries such as Linda Connor, Jim Dow, Emmet Gowin, Bart Parker and Bill Burke. Sievers’ focus was very much in the tradition of street photography, using a 35mm Leica camera (or as he called it “taking Larry out for a walk”) to shoot in cities such as Providence, Boston and New York City. Sievers would hide behind blinding sunlight to capture people emerging out of the shadows, isolating and framing them in darkness. It was in these moments that Sievers discovered his ability to catch his subjects in uninhibited instants before they could realize what was happening.

Upon graduation in 1968, he joined the faculty of California State University, Northridge, as a specialist in fine art photography. Sievers was committed to teaching, became a mentor and friend to Mike Mandel, and brought in many great artists to lecture at the program, including Todd Walker, Jerry McMillan, and Edmund Teske.

Ed Sievers’ later body of work lies on the west coast, specifically at Venice Beach in Los Angeles where he lived during the heart of his photographic career. At this particular moment in Venice Beach history, the Ocean Front Walk, or Boardwalk was populated by an amalgam of roller skaters, body builders, sunbathers, sidewalk vendors, street performers, musicians, dope smokers, hippies, derelicts and a congregation of orthodox Jews consisting mostly of retirees at the Israel Levin Center. Attuned to counterculture, he was an anti-materialist, he took up residence in the Carlton Hotel with no furniture other than a bed, and beautiful indirect light streaming through his window to the spot where he created his series, “People in My Corner”. In 1974 Venice beach went nude. It was a spontaneous action by beach goers and before it was declared illegal by the Los Angeles City Council in July, Venice had become a destination not only for nudists, but for voyeuristic gawkers. Sievers was able to capture the expressive spirit of the time, but within a decade the Venice that Ed knew had been swallowed up by rampant commercialism and the inexorable influx of the nouveau riche, leaving nothing but a collection of photographs to tell the tale.

Ed Sievers and his colleagues, Robert von Sternberg and William Doherty were commissioned by the Newport Harbor Art Museum, Newport Beach, CA, to make a still photographic documentary of the area in 1969 which culminated in the exhibition, “Balboa and the Fun Zone”, 1970. The project appeared in the 1971 Sept/Oct No. 5 issue of Art in America. His self-published book, “People in My Corner,” was reviewed by A.D. Coleman in the New York Times in 1973. His photographs are found in public collections including the Museum of Modern Art, Art Institute of Chicago and RISD Museum. Upon Sievers death in 2002, the Edwin R. Sievers Memorial Award was established to share his vision with future students; “His approach to photography was straight forward: use the nuances of available light to enhance the subject, whatever that may be: ordinary, quirky, or sublime.”