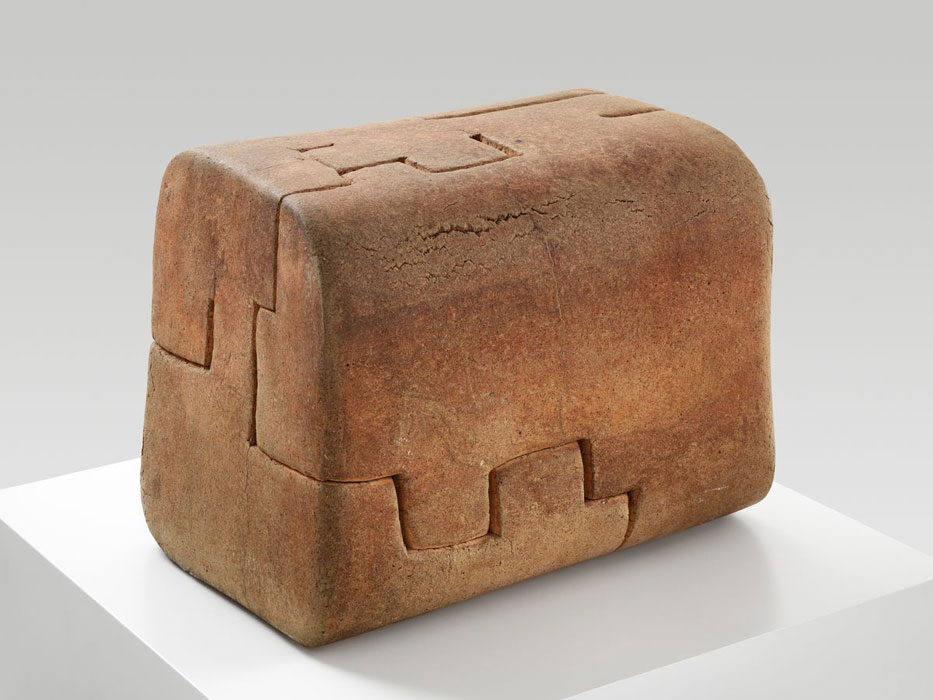 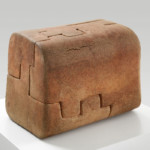 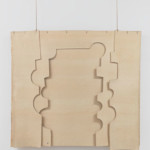 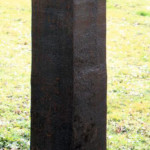 Hauser & Wirth is delighted to present an exhibition devoted to the artist Eduardo Chillida, Spain’s foremost sculptor of the 20th century. Chillida is highly revered as a relentless innovator who challenged the conventions of sculpture through a questioning of form, material and space. Conceived as a celebration of the artist’s mastery of materials, the presentation is the first of its kind in the Zurich gallery and showcases Chillida’s wide-ranging and pioneering practice through a presentation of rarely exhibited works. The selection of significant artworks, which spans over a timeline of 50 years, includes small- and large-scale sculptures in steel, wood, chamotte clay, granite and alabaster, as well as drawings, engravings and his “Gravitaciónes (Gravitations)”. With a number of Chillida’s sculptures included in the permanent collections of prominent Swiss institutions, the works in the exhibition contextualise the presence of the artist within the Swiss cultural landscape.

Born in San Sebastián in 1924, Chillida was continually inspired by the natural and industrial environment of the Basque Region, reflected in his diverse choice of materials including steel, iron and wood. Combined with a deep understanding and respect for these media, the artist’s interests in the possibilities of defining space and light through form were principles at the core of his practice. These lasting ideas originated from his time studying architecture in Madrid during the early 1940s, a field which had a long-standing impact on his career. Chillida often drew upon influences from European and Eastern philosophies, poetry, and history, and his experiments with abstract forms encompass both physical and metaphysical concerns.

Chillida first began to experiment with local materials after returning to the Basque Country from Paris in 1951, where he had moved to study drawing and later sculpture. During his time in Paris, the artist produced a number of figurative works in materials such as plaster, inspired by the Ancient Greek sculptures he encountered in the Louvre. As the centre of gravity of the art world shifted from Paris to New York, Chillida returned to San Sebastián, determined to delve into the artistic possibilities of the region.

One of the earliest sculptures in the presentation is ‘Ilarik II (Stele II)’ (1954), a reworking of an earlier steel piece of the same name from 1951 known to be his first abstract work. Both are significant in their documentation of the shift from figuration to abstraction in Chillida’s practice. Not only does this version in wood demonstrate the artist’s thorough exploration of new ideas through a variety of mediums, it is a humble acknowledgment of the landscapes and traditions of his homeland: The title, ‘Stele,’ is a reference to funerary markers specific to the region. Standing at just over a metre high, a wooden plinth supports a forked formation, creating a sense of interlocking mass and space. As the only wooden sculpture in the exhibition and with a limited number in the artist’s oeuvre, ‘Ilarik II’ is indicative of Chillida’s drive to discover and master other materials at his disposal.

During this period, the artist learnt techniques from a local blacksmith, understanding the unique properties of iron and steel – two metals that had a particular traditional importance for Basque industry. By coaxing layers into complex structures with his hands, Chillida was able to familiarise himself with the underlying essence of such resistant materials, directly experiencing their transformation. As philosopher Gaston Bachelard noted, the artist understood the ‘complicated soul’ of these metals. At once conceptual and architectural, Chillida’s steel and iron works became pivotal in his understanding of the intersections of geometric and organic forms.

A major steel work in the exhibition, ‘Enparantza (Square)’ (1990), takes its title from the Basque word for ‘square’, an open public space for people to gather. Stretching upwards, the work’s rectangular form is softened by slight indentations and irregularities along its sides. The topmost section of the totem features castellated geometric cut-outs that emphasise a relationship between the physicality of the material and the modulation of the space surrounding it. Not only is ‘Enparantza’ an example of Chillida’s expertise in thoughtfully moulding space and volume, it is also a manifestation of a sense of community that permeates much of his work.

Chillida’s approach to stone however was grounded in a belief that the geometric forms of the sculpture had to come from its intrinsic qualities, rather than through a complete transformation. His granite sculpture, ‘Harri II (Stone) II’ (1991), exhibited here in an interior space for the first time in almost twenty years, is exemplary of his consideration of the stone’s impenetrable nature. The granite’s smooth, rhythmic curves delicately transfigure the space in which it sits. The artist’s hand is traceable via indentations made within the stone, creating empty voids that penetrate its exterior.

While experimenting with these materials, Chillida began to make engravings, drawings and collages – a core practice that would continue throughout his career and would bring his work to a wider audience. Notable works on paper in the exhibition include Chillida’s line-drawings of hands. These two-dimensional works explore concepts key to Chillida’s practice, such as the limits of space and the relationship between the artwork and its surroundings – ideas that echoed and influenced his three-dimensional pieces. For his “Gravitación (Gravitation)” series, Chillida layered cut felt or paper to play with ideas of gravity, light and tension. He stitched these works together with thread and suspended them, illuminating a subtle contrast between negative and positive space.

Chillida’s sensitivity to light and space also extended to his pieces made from alabaster. The artist embraced this historic material, after travelling extensively through Greece, Umbria, Tuscany, Rome, and Provence in the early 1960s. The density of the alabaster is counteracted by its translucency – a paradoxical relationship that often characterises Chillida’s work. Fascinated by its weight and materiality, Chillida believed that the luminosity of this stone could dynamically reconfigure space. The exhibition presents a number of these remarkable alabaster sculptures, including Chillida’s late ‘Homenaje a Pili (Homage to Pili)’ (2000). Throughout his career, Chillida paid tribute to various cultural figures he respected and admired. These often fell into three broad groups: works dedicated to artists, including Constantin Brâncuși, Alexander Calder, Katsushika Hokusai and Joan Miró; musicians like Johann Sebastian Bach and Antonio Vivaldi; and philosophers or poets such as Gaston Bachelard, Martin Heidegger, Emil Cioran, and Pablo Neruda.

Made just two years before his death, ‘Homenaje a Pili (Homage to Pili)’ is an homage not to a creative figure, but to his beloved wife, Pilar ‘Pili’ Belzunce. This particular alabaster was chosen for its precise grey colour and imperfect form to mirror the grey light of the Basque Country and Cantabrian Sea. Carving this luminous stone with a preternatural sense for the material, Chillida immortalised his adoration for his wife and partner. A smooth carved interior within a rough stone exterior, the artist’s alabaster sculptures are a prime example of his ability to progressively adapt form in a continuous search for the truth of the material in question.