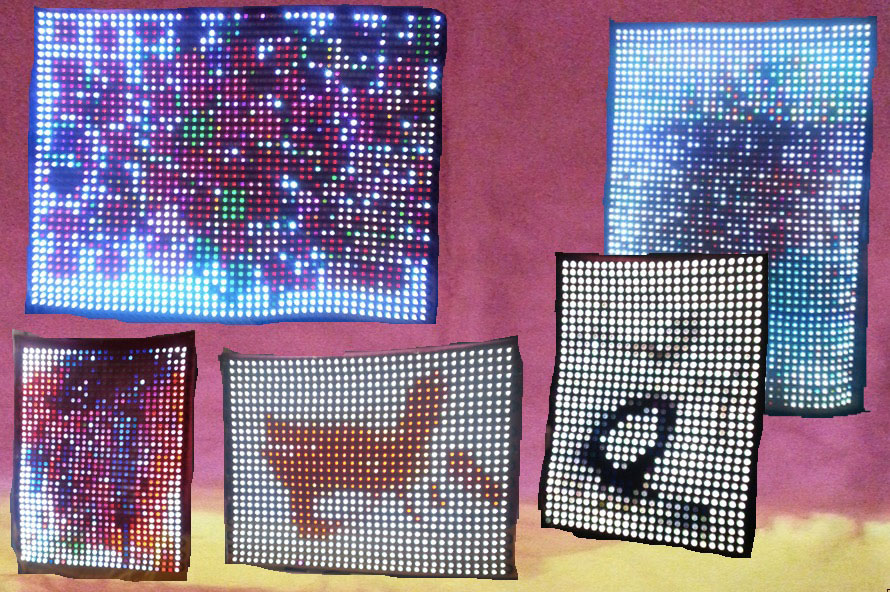 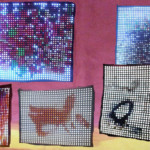 Taka Ishii Gallery Tokyo is pleased to present a solo exhibition of works by Ei Arakawa. The exhibition marks Arakawa’s third solo presentation at Taka Ishii Gallery since his previous gallery showing five years ago, and will feature a musical style installation performed by paintings by five Gutai artists that are each shown through a hand-made LED screen.

Various songs in the new work, “Tryst”, captures the relationship between painting and performance from a critical perspective, something that Arakawa has continued to pursue throughout his artistic practice. Paintings by members of the Gutai that Arakawa had used in his 2011 performance “See Weeds” is respectively shown on each screen, with songs and conversations between them serving to develop a story. All the paintings that are referenced were produced around 1959, and thus represent a selection from a significant turning point in Gutai’s history when artworks had been gradually exported to nations such as France as examples of Art Informel in Japan. Through his latest work Arakawa forms a connection between the Gutai’s strategy for global success and Art Basel that represents the current art market, which he investigates and recontextualizes within the framework of a musical. Furthermore, the digitalized and re-appropriated paintings question how our current digital condition and networked society influences the state of painting, and manifests as Arakawa’s contextualization of post-war Japanese art within larger Modern art history. This work invites Dan Poston as co-songwriter, David Zuckerman as composer, and Sergei Tcherepnin as arranger.

Arakawa has previously collaborated with Aki Takahashi (pianist) and Sergei Tcherepnin (artist) to create “Shiro no me / Blue Hood / Environmental Mechanical Orchestra – Imagining Kuniharu Akiyama” (2013), a work comprising of poetry, objects, and music pertaining to the poet and composer Kuniharu Akiyama who had been a member of Jikken Kobo (Experimental Workshop). Furthermore he has created the work “See Weeds” (2011), a performance in which actual paintings by Gutai artists installed on wheels dance along to background music of audio that is based on interview texts of Gutai members discussing the human relationships within their group. In this way, Arakawa has appropriated numerous avant-garde artists from Japanese art history as the subject of his works, centering on predecessors such as Jikken Kobo, Gutai, and Fluxus members who served as pioneers in collaborating with others and developing interactive relationships with the audience. In recent years he has created a number of performative works that center on issues facing contemporary society such as “How to DISappear in America” (2016). The work depicts our social conditions which have been reformed through the Internet, and references Seth Price’s work that in itself is based on an actual underground manual from the 1970s that outlined means for concealing one’s personal information.