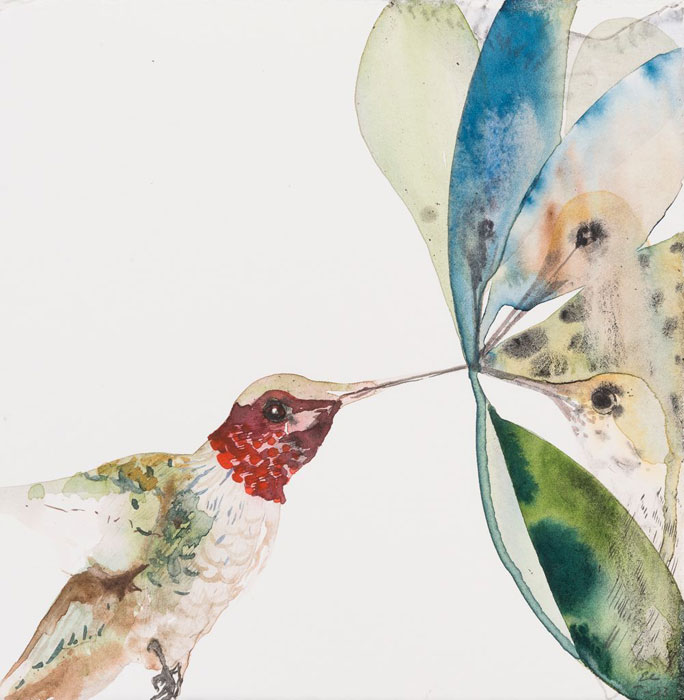 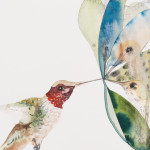 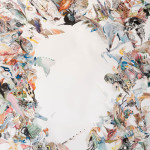 While her previous exhibition, “Sweet Corruptions”, examined food decay and waste in the context of ecology’s literal meaning, “earth’s household,” here Clark moves backwards in the food sequence and explores the physical context from which food emerges – soil, water and air. As part of her long-term dialogue with nineteenth-century female scientists, Clark learned to use a gun, hunt, and to prepare and taxidermy animals, thus confronting the physical properties of her environment. Work in this exhibition is greatly informed by her experiences hunting, which required separating her surroundings into the visual, the auditory, and the physical.

Also influential for this body of work was Jose Ortega y Gasset’s book “Meditations on Hunting”, in which he understands hunting as activating all senses while placing the hunter at the center of a vast network of sounds and movements. Clark’s sensory experience of hunting was similar. An excerpt from her journal that suggests how the perception specific to hunting led to her drawings and sculptures is included below: “I started every morning in pitch darkness. I canoed out to my research station and would watch the sun come up and wait for the birds to come in sight… The experience of sight before it is fully lit is spectacular-vision is very distorted… On several occasions I felt that my own self, my body, was a void – an absence within this larger network of sounds and movement patterns. This is in large part what the most recent drawings are exploring: a momentary capture, a focusing that does not reveal the entire object, a zooming in and then out, an intensity of detail becoming its own landscape. The hunting has provided this way of seeing and engaging.”

Emilie Clark received her BFA from Cornell University, and her MFA from Bard College. Clark has had solo shows at the Nevada Museum of Art (Reno, NV), the Lynden Sculpture Garden (Milwaukee, MN), and at the Katonah Museum of Art (Katonah, NY). Her work has been featured in exhibitions at the Children’s Museum of Art (New York, NY), the San Jose Museum of Art (San Jose, NM), and the Weatherspoon Museum Biennial (Greensboro, NC). In 2010 Clark was the first Artist in Residence at the Brooklyn Botanical Garden, which culminated in an exhibition in the Steinhardt Conservatory. Her work has been featured in many publications, including Bomb, Printed Project, and Cabinet Magazine, and has been reviewed in The New Yorker, The New York Times, Art in America, Art Week, The Village Voice, Time Out New York, Hyperallergic, and The Wall Street Journal. Clark is the recipient of numerous awards, including the Pollock Krasner and the Rockefeller Foundation’s Bellagio fellowship.