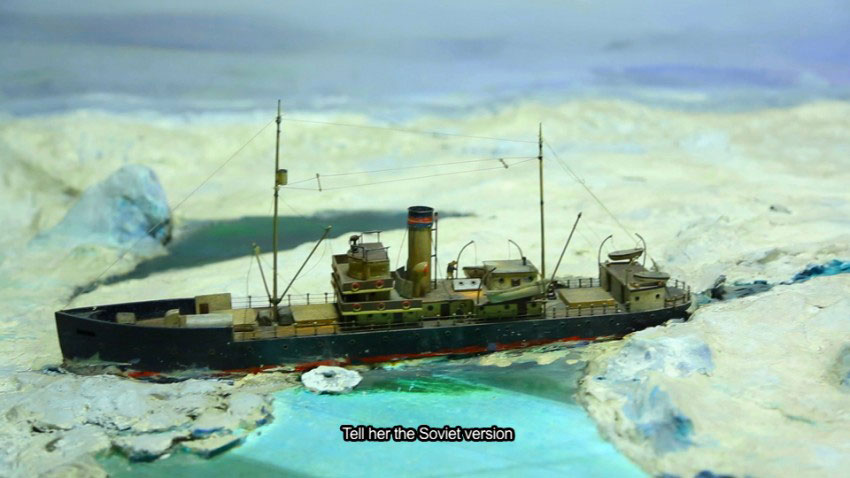 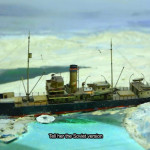 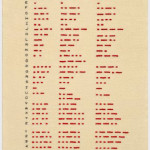 For the past 3 years, Emily Newman has been looking at the ways post-Soviet Russians talk about communism between generations. For Newman’s third show at Klaus von Nichtssagend gallery, she will extend this discussion to visitors by presenting versions of the Chelyuskin shipwreck, a tale that could be a stand-in for the Soviet experiment as a whole. Newman has discovered that the Chelyuskin story changes, based on who is telling it; custodians of the Museum of the Arctic and Antarctic in St. Petersburg refuse any deviation from the Soviet-sanctioned storyline, in which the survivors are victorious heroes who vex fate and the laws of nature. Modern-day St. Petersburg parents perform ideological acrobatics, with “anti-heroes” who forge a path towards self-realization. Russian-Americans, who arrive with Glasnost-era counter theories, soften in the presence of children and defer to the Soviet version of the story.

For this exhibition, Newman will stage a portion of the narrative in which the ship’s passengers are stranded on an ice floe in the Arctic. They begin to build shelter, cobble together survival gear from the materials salvaged before the ship sank, and attempt to signal for help beyond the ice floe. Amid props alluding to shelter and protection is Newman’s re-presenting of the Chelyuskin story, described and acted-out by others. A video of the tale, as retold in both St. Petersburg and Pittsburgh, will screen inside a tent hung across half the gallery. A book will be available in which Newman discusses the Chelyuskin story with Russian immigrants living in Pittsburgh and old Leningraders in modern St. Petersburg. A portfolio of coloring pages with a customizable narrative will be offered in the gallery to encourage further discussion between adults and children.

Newman has staged three workshops (two in St. Petersburg and one in Pittsburgh) where different generations of Russians have talked about the Chelyuskin story. For this iteration, Elaine Reichek will create a Morse code sewing circle on Sunday. Visitors will be invited to join her in making Morse code embroideries, combining two tasks the Chelyuskinites faced on the ice floe – sending signals and making clothes to keep warm.