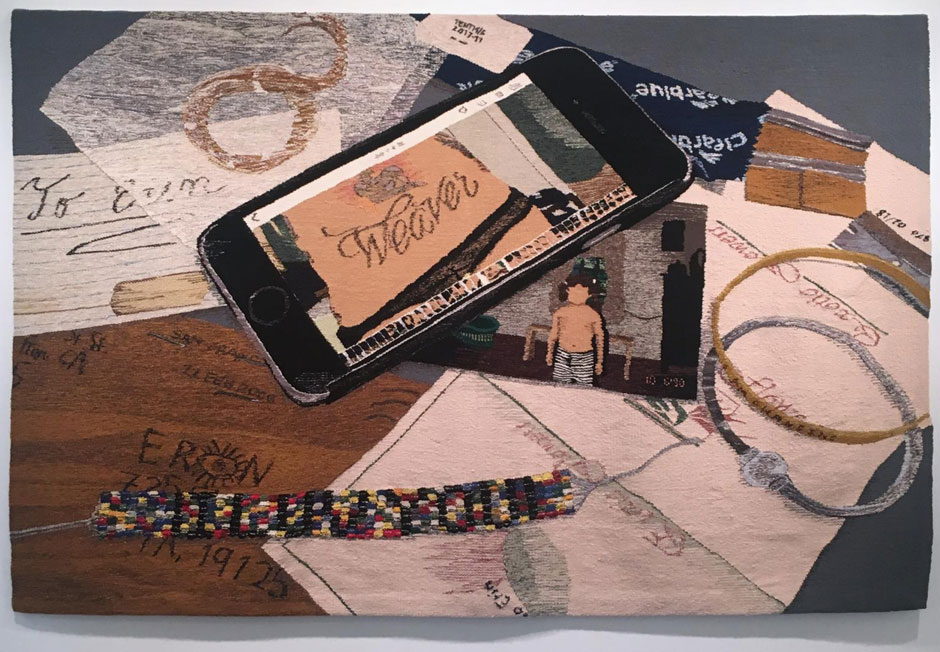 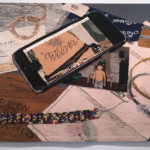 P·P·O·W is pleased to present “Used Tape”, Erin M. Riley’s first solo exhibition with the gallery. Riley is a fiber artist who makes large-scale tapestries using a centuries-old hand weaving process. For her work, Riley sources yarn from shuttered textile mills around the United States; she then washes, strips and hand-dyes the wool before weaving on a Macomber loom. The exhibition will feature her meticulously crafted tapestries depicting intimate scenes that reflect on relationships, memories, fantasies, sexual violence and trauma.

The imagery in Riley’s work is derived from personal photographs, found photographs sourced from the Internet and still lifes. She explores the innate difficulty of womanhood, objectification of the female body and traumas both large and small that weigh on the search for self-identity. Riley has a history of sexual assault and violence in her family, the fear of which had a deep impact on the formation of her sexual identity. Her work is often partially autobiographical, an aspect of her practice that she sees as essential to both processing these experiences and making others feel less alone.

For this exhibition, Riley bridges her interest in objects and figures, exploring the way certain objects signify past relationships, secrets and shame or sexual fantasies. The exhibition’s title, “Used Tape,” is a metaphor used in Abstinence-Only lesson plans to describe a young person who has had sex before marriage as unable to form lasting bonds. Shame around sexuality is explored through three thematic series which examine the trajectory of relationships and why they so often fail. The works delve deep into both personal and interpersonal complications, as well as the more disturbing and violent aspects of intimate partnerships.

In “Violation” (2017) Riley conjures a difficult relationship through memorabilia and ephemera that colored a specific time in her life – Faulkner’s “As I Lay Dying”, Kate Bush CDs, birth control pills and pictures of other women. Another series of work deals more overtly with violence and abuse, including a work depicting a portion of a letter in which a survivor describes fear of her abuser. Another such work consists simply of text that reads “Inaudible Screaming,” a snippet from the 911 call of an incident prior to the murder of Nicole Brown Simpson. Also on view will be an eleven-foot weaving of a rape kit whose imagery starkly reflects the emotional cost and trauma of reporting a rape, which often goes un-acknowledged.

Riley was born in Cape Cod, Massachusetts (1985) and lives and works in Brooklyn. She received her BFA from the Massachusetts College of Art and Design, Boston, MA (2007) and her MFA from the Tyler School of Art, Philadelphia, PA (2009). Her work has been featured in solo exhibitions throughout the U.S., the United Kingdom, and Australia, including New York, San Francisco, Seattle, Boston, Los Angeles, and Philadelphia, among many others. Riley has lectured extensively throughout the country and has had residencies at The MacDowell Colony, NH and the Museum of Art and Design, NY.