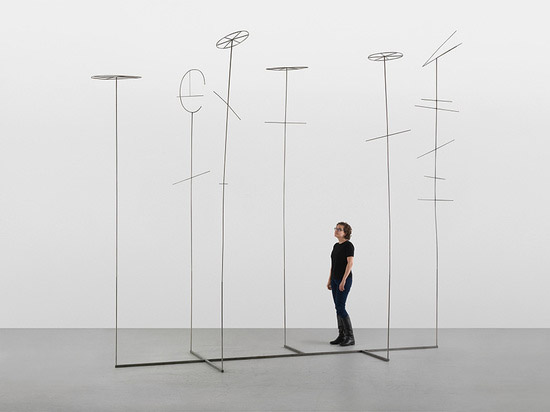 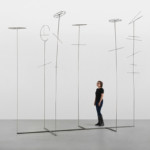 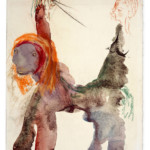 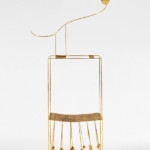 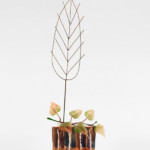 Hauser & Wirth Zürich is delighted to present ‘Eden’, a newly conceived curatorial investigation of Fausto Melotti, the Italian artist often linked with titans of the post-war era, such as Alexander Calder, Lucio Fontana and Alberto Giacometti. This examination of Melotti is the first of its kind, highlighting the relationship between human and animal figures – a dynamic at the core of his practice. The exhibition spans the diverse media employed by the artist, chiefly ceramics, sculpture and works on paper, with those embracing a more gestural and suggestive representation brought to the fore.

Melotti began his sculptural practice with a distinct interest in form, weight, balance and movement, informed by his educational background in physics, mathematics and engineering. The 1950s saw a radical shift in the artist’s creative approach as he started to incorporate wire in his work – this new direction had a profound impact on the course of Melotti’s career and would occupy him until his late years. ‘Eden’ focuses on the burgeoning of this shift and takes visitors through Melotti’s lyrical and polyhedral vocabulary into a mythological and visionary terrain, as if to be among the artist’s own Garden of Eden.

Melotti turned towards the animal form as he began to focus on the creation of mythological landscapes. The work on paper ‘I Viaggi’ (The Journeys) (1951) exemplifies the artist’s interest in mystical beasts and beings: the wet, dripping tempera paint becomes a tool that blurs the dividing lines between the animal and human bodies depicted, conveying them as indivisible. ‘I Viaggi’, like many of his abstract sculptures, shows a continued interest in symmetry, maintaining compositional balance among the figures. In addition, Melotti can be seen as breaking with a definitive commitment to line and structure, leaning towards a more gestural investigation of form. The earthy hues of his colour palette – burnt ochre, teal, charcoal – evoke an abundant land, emphasising the celestial character of the figures. The artist would continue with this approach to line and colour in his late oeuvre.

The selected metal- and wire-based sculptures on view maintain a consistency with the grounding principles of Melotti’s practice, but reconsider the human figure through an investigation of proportion. ‘I giganti’ (The giants) (1969/1970) comprises an assembly of metal stems poised on a central foundation; fused together at the base, they support one another through equilibrium. Geometric appendages – circles, crescents, right angles – mimic human forms, suggesting a nodding head or a raised arm. Melotti’s sensitive manipulation of the metal wire renders the composition animated and joyful, and we see the artist considering the role of proportion and the physical limitations of bodily expression. ‘I giganti’ is testament to Melotti’s fascination with refining the theatrical role of the human figure through the lens of strict sculptural principles.

Behind the seemingly blithe and intuitive character of Melotti’s sculptures, resides a deep conception of art as a rigorous exercise in order and harmony, based on firm principles of geometry and musical structure. In ‘Eden’ we see how this approach led him to pursue the representation of animals and people, exploring how mathematical principles could align with the figurative and symbolic.

In conjunction with the exhibition, Fondazione Fausto Melotti will publish online the first chapter of the artist’s catalogue raisonné, going live on 30 March 2017 at www.fondazionefaustomelotti.org. This marks the beginning of the Foundation’s project to provide online access to the complete catalogue raisonné in English. Each chapter will include new material, building on the original printed content.