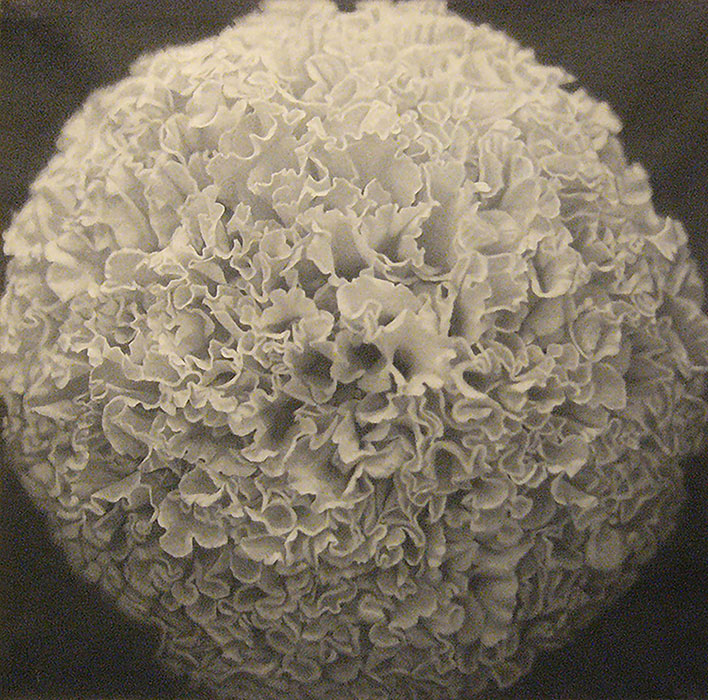 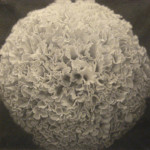 Taka Ishii Gallery New York is pleased to present its summer group exhibition celebrating the rich diversity of artistic expression in its most reduced and elemental form – hand drawn lines or marks in graphite on paper and canvas. The works on view illuminate our understanding of the infinite range of human creativity and imagination. Postwar Japanese art, whether created in Japan or abroad, is distinguished by its elegant articulation and spare gesture. Curated by Alison Bradley, the exhibition showcases graphite works by seven artists that range from depictions of the natural to the conceptual; a circle composed of broken lines by Lee Ufan to a drawing of a relationship between wood and stone by Tatsuo Kawaguchi. Also included are three recent works on paper by the Paris based artist Takesada Matsutani; minimal and meditative graphite works by Tomoharu Murakami; an intricate drawing of a network of circles and connections by Atsuko Tanaka from 1983 and a groundbreaking work, “Yellow Mum” (1969) by New York based artist Kunié Sugiura, combining her signature medium of that era, photo emulsion on canvas with graphite, to create a lyrical fusion of drawing, painting and photography. The oldest work in the show, “Work” (1955), by the revered Japanese artist Kumi Sugai and made when he was in Paris, suggests an homage to Japanese folktales and birds – signature themes found in his early oeuvre. The works on view attest to the profound individualism and unique vision of each of the artists.

Tatsuo Kawaguchi (b. 1940, Kobe, Japan) graduated from Tama Art University in Tokyo and has been at the forefront of the contemporary art scene in Japan since the 1960s. He was one of the core members of Group “I”, an avant-garde artist collective begun in 1965 and based in Kobe City. His work is notable for its continual investigation of language, object and material and its use of diverse materials; iron, metal, fabric and wood and mediums; painting, drawing, photography and sculpture. Kawaguchi has been the subject of numerous international exhibitions and monographs, and exhibited widely in Japan. His seminal work, “Land and Sea” (1970); a series photographs depicting the relationship between the shore, the sea and four planks of wood over a three-day time span, was part of the seminal Tokyo Biennale in 1970, established the artist within a global context.

Lee Ufan (b. 1936, Kyongsang-nambo, South Korea) is a Korean-born, Japan-based artist who moved to Japan in 1956 and has since become the leading figure, critic and philosopher associated with a group of artists including Nobuo Sekine (1942- ) and Kishio Suga; students of Yoshishige Saito at the Tama Art University, who later became known as the radical and highly influential art-movement “Mono-ha (School of Things)”. Ufan entered the intellectual world of critical thought in Japan and rejected its prevailing technology-centric ideals that viewed the human body as a separation from the natural world. In his work and writings, Ufan reconsidered the body and its experiences as a part of nature. From 1969 his texts addressed this key subject of relationship and provided a highly influential foundation for the contemporary art world in Japan at that time. Employing phenomenological ideas to define and understand the human “encounter” with the world, these concepts served both his own art practice and critical texts.

From the early 1960s to the early 1970s, Takesada Matsutani (b. 1937, Osaka, Japan, lives in Paris) was a key member of the ‘second generation’ of the Gutai Art Association (1954-1972), Japan’s innovative and influential art collective of the post-war era based in the Kansai region of Japan and centered in Osaka. When the Gutai Art Association disbanded in 1972, Matsutani moved to Paris where he has lived ever since. Transitioning into a radical yet consistent new body of work, Matsutani’s later paintings bring together the artist’s signature media, vinyl glue with graphite orchestrated in a controlled yet explosive expression of form and texture. His works on paper are highly representative of his concepts, embodying the same experimentation and forms found in his canvas works.

Currently residing in Tokyo, Tomoharu Murakami (b. 1938, Fukushima), is a graduate of Tokyo University of Fine Arts, where he studied the Japanese Painting Course and later began his graduate studies there but left before their completion to work as a Nihonga (Japanese painting) artist. Murakami participated in the Guggenheim International Award Exhibition in 1964, which became a turning point in his career. After this encounter with the Abstract Expressionists of the 1960’s, he began a profoundly divergent course, employing a meticulous, meditative and labored practice for his life and art. Layered onto a canvas or paper for extended periods of time, a dark monochrome mix of oils, charcoal and acrylics have become the signature of Murakami’s painting style. At one with his lifestyle, indeed he lived for two decades in a monastery although not as a monk, his works resonate his daily practice of giving prayers and his reflections on religious life and scripture.

Kumi Sugai (1919-1996, Kobe, Japan) was one of the first generation of Japanese postwar artists to join the international avant-garde art scene. Studying at the Osaka School of Fine Arts in 1933, Sugai later left the school before graduating and worked as a commercial graphic designer. As well, his mentorship by the Gutai Art Association founder and artist, Jiro Yoshihara (1905-1972), was influential to his experimentalism. He moved to Paris in 1952 to pursue further study and a life devoted to art. Well versed with Western painting techniques, he was likewise drawn to calligraphy and typography, both of which became prominent in his mature and later works. Known for integrating Eastern symbolism and Western style painting in the earlier part of his career, Sugai later became focused on the pure forms of typography and graphics in the 1960s and 1970s.

Kunié Sugiura (b. 1942, Nagoya, Japan, lives in New York City) attended the School of the Art Institute of Chicago in the late 1960s, initially in the department of Design and later moving to study Photography under the legendary conceptual photographer Kenneth Josephson (1932- ). In the spirit of the Chicago New Bauhaus, Sugiura made art fusing photography, print making and painting as well as honing in her technique in her photo-based practice. In 1967, Sugiura moved to New York, where she began a career of making highly experimental works, initially with her hybrid painting and photo-emulsion on canvas and later in her work utilizing photogram – notably of flowers, animals, artists and scientists.

Atsuko Tanaka (1932-2005, Osaka, Japan) was an early member of the avant-garde group, Gutai, founded in 1954. Well known for her performative piece, “Electric Dress”, comprised of colorful lightbulbs worn by the artist on stage in 1956, this signature work revealed her interest in circuits, technology, experimental and ephemeral gesture. Profoundly influential, both this work and “Work (Bell)”, (1955), where Tanaka made an artwork formed from loud sounds emitted from a network of 20 electric bells, became integrated into her subsequent paintings and drawings. Her work was featured in the landmark exhibition, “The New Japanese Painting and Sculpture” at the Museum of Modern Art in New York in 1966 and has subsequently been widely exhibited and collected internationally.