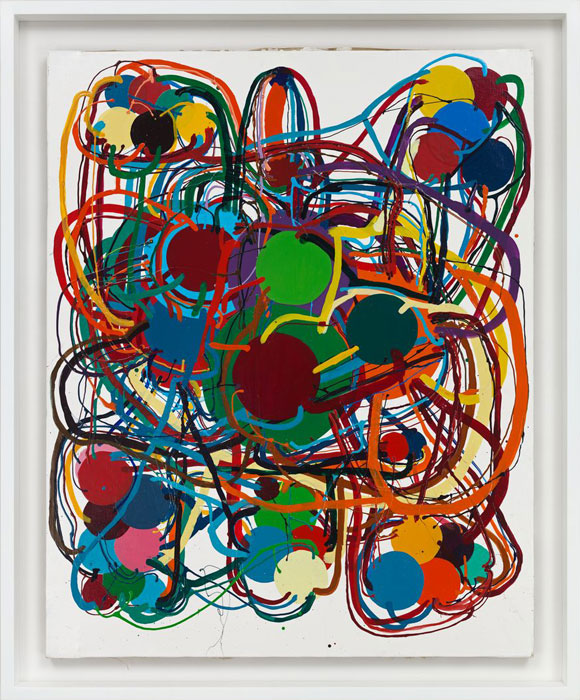 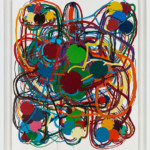 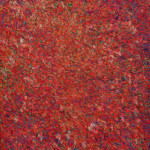 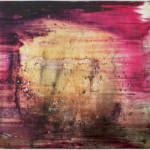 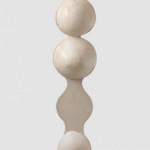 Hauser & Wirth is pleased to present ‘Gutai,’ an exhibition exploring the legacy of one of Japan’s most innovative and influential avant-garde collectives of the twentieth century. Demonstrating a freewheeling relationship between art, body, space, and time, the exhibition features presentations of masterworks by Gutai artists including Tsuyoshi Maekawa, Takesada Matsutani, Sadamasa Motonaga, Shozo Shimamoto, Kazuo Shiraga, Atsuko Tanaka, Chiyu Uemae, and Tsuruko Yamazaki. Shown together, these artists’ iconic works illuminate many of the core tenets of a movement defined by experimentation, individuality, physical action, and psychological freedom.

The Gutai Art Association was formed by Jiro Yoshihara in July 1954, in the Ashiya region of Japan. Exhorting younger artists with slogans such as, ‘Don’t imitate others!’ and ‘Engage in the newness!’, Yoshihara challenged Gutai’s members to discard traditional artistic practices and to seek not only fresh means of expression but also the origins of artistic creation itself. The Gutai artists responded with performance, installation, flower arrangement, and music, often in public places. As Gutai artists moved in a more radical direction – creating works that occupied a liminal realm between painting and sculpture – classical painting techniques were reevaluated and largely abandoned. This exhibition brings together a selection of key works, many of which have never been shown in the United States, and asserts the vital role painting played in the Gutai movement.

‘Gutai’ opens with two large-scale paintings by Sadamasa Motonaga, ‘Work 145’ (1964) and ‘Sen Green’ (1971). In ‘Work 145,’ the artist employed his own form of ‘tarashikomi,’ a Japanese technique in which a second layer of paint is applied on top of a still-wet first layer, to create a brightly colored composition filled with rippling organic forms. A later work, ‘Sen Green’ (1971) is indicative of Motonaga’s two-year stay in New York, where he developed a bolder, more defined approach to abstraction.

Equally concerned with the conceptual reinterpretation of painting, Atsuko Tanaka‘s works on canvas directly relate to her time-based performances, most notably to her 1956 ‘Electric Dress,’ which has become one of the most well-known works of the Gutai movement. From her performances, Tanaka established a visual vocabulary that inspired the geometric shapes, winding lines, and bright colors of the paintings on view including ‘Untitled’ (1959) and ‘2001-F’ (2001).

A founding member of the Gutai group, Shozo Shimamoto explored the relationship between destruction and creation, often implementing unconventional methods of paint application and advocating for a process-oriented style of working. In his 1957 essay ‘The Theory of the Curse of the Brush,’ Shimamoto wrote: ‘Paint does not start to live until it is liberated from the brush. As an alternative to the brush, I think all possible devices should be used…They could even include a brush…But one thing is certain – it would no longer be used to kill the very nature of paint, but to revive the paint and let it live.’

Kazuo Shiraga once stated, ‘I want to paint as though rushing around a battlefield, exerting myself to collapse from exhaustion.’ The artist’s vigorous compositions were born out of performative acts and energetic movements, reflecting the influence of Jackson Pollock and the Abstract Expressionists. Shiraga’s canvases, thick with paint that the artist manipulated with his feet, while suspended by ropes from the ceiling, reveal the explosive and performative nature of the practice for which he is renowned.

Tsuyoshi Maekawa‘s preferred material, burlap, allowed him to create works that approach the sculptural. In ‘Untitled’ (1963), ‘Untitled (A41)’ (1965), and ‘Work’ (1964), Maekawa built up the canvases with fabric and paint, creating relief-like surfaces that are structured and formally rigorous without being rigid. While Maekawa’s practice is considered more methodical than that of his counterparts, his manipulation of burlap and use of color led to works that are assertive, both visually and spatially.

Accumulation of material on a surface, whether that material be paint or common detritus, characterizes Chiyu Uemae‘s work. As part of the Gutai group, Uemae eschewed the expressive and action-based techniques employed by many of his peers and instead exercised meticulous control through repetitive mark making. His methodical process is demonstrated in ‘Untitled’ (1966) and ‘Untitled’ (1967), where groups of marks proliferate over the surface of the canvases and create a dense impasto field. ‘Untitled’ (1963) exemplifies Uemae’s embracing of everyday materials, with humble paint tube caps incorporated in clusters throughout the composition.

Inspired by tokens of the city, including cars, street lights, manufacturing, and neon signs, Tsuruko Yamazaki used industrial materials, fabrics, dyes, and paints to create works that explore the various aspects of light, including its color and its transmission. Well-known for her installation piece ‘Work (Red)’ (1956), Yamazaki translated her interest in light’s behavior onto a two-dimensional surface by layering translucent dye washes onto tin. The three pieces presented in this exhibition illustrate the bold yet ethereal quality that Yamazaki achieved with her unique juxtapositions of material and color.

From the early 1960s until the 1970s, Takesada Matsutani became a key member of the Gutai Art Association, developing a unique visual language of form and materials. Matsutani experimented extensively with vinyl glue, using fans and his own breath to manipulate the substance, creating bulbous and sensuous forms reminiscent of human curves and features. The five works featured in this exhibition – including the sculptures ‘Object B-68’ (1968) and ‘Plexiglass Box’ (1966) and the painting ‘Work-E. Two Circles’ (1966) – illuminate how Matsutani negotiated his ideas in three and two dimensions.