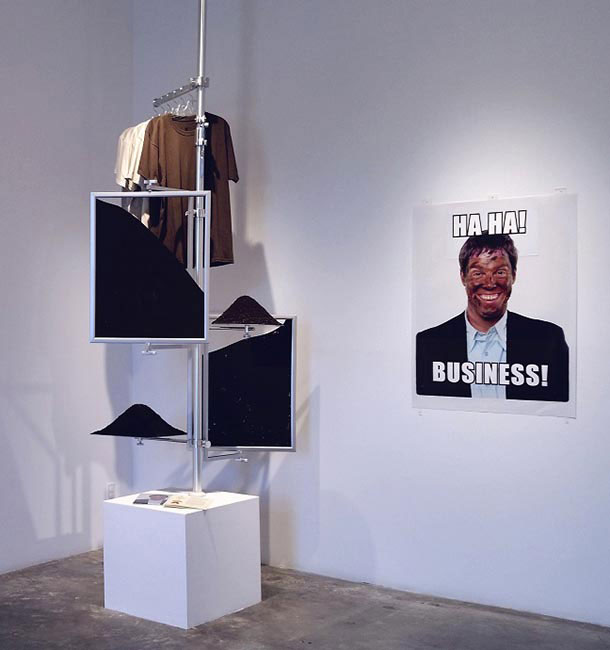 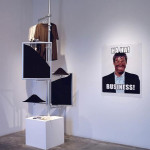 In jest, there is truth. – William Shakespeare

Twenty-five years ago I organized an exhibition titled “$PENT: Currency, Security, and Art on Deposit” for The New Museum in New York. I was one of a number of young applicants invited to apply for new NEA-funded “multicultural” curatorial internships, a nationwide initiative to bring more women and minorities into the field. “$PENT” was the culmination (or “thesis exhibition”) of my yearlong internship in the museum’s curatorial department and it was supported by a cast of very talented emerging artists, including Glenn Ligon, Moyra Davey, Gary Simmons, Paul Ramirez Jonas, Carrie Mae Weems, Donald Moffett, and Julia Scher, among others – for many of them, their first museum project.

My residency at The New Museum was bracketed by a series of newsworthy events, among them the continuing devastation of the AIDS pandemic and the tumultuous upending of the ecomomy wrought by the Wall Street crash (both which dealt proportionate blows to the art world), the dismantling of the Berlin Wall and the occupation of Tiananmen Square by pro-democracy demonstrators, the Iraqi invasion of Kuwait and subsequent Persian Gulf War, the election of George W. H. Bush as the 41st President of the US – and the first airing of The Simpsons on television.

Installed at a bank next door to The New Museum (concurrent with “The Decade Show”), “$PENT” was a serious exhibition designed to inject a big dose of subversive humor and provocative criticality upon a well-meaning host. It still amazes me that I managed to circumvent a cadre of, frankly, very suspicious bank officials who were left to scratch their heads and fend with the effusive congratulatory and community-building cheerleading of the museum’s larger-than-life, never-say-never director, Marcia Tucker.

Fast forward: late last year, while doing research for our summer group show, I came across an image on the internet that stopped me in my tracks and caused me to break out in laughter. The HA HA! BUSINESS! meme gave me a good slap on the face and brought back great memories of “$PENT”. There he was again – the boogeyman with the briefcase full of cash, laughing uncontrollably while the world around him burns (my reading, anyway). The more things change… And herein may lie the biggest difference between the two shows (call it a generational/attitude shift). If “$PENT” encapsulated the uneasiness of the time, “HA HA! BUSINESS!” relishes the discomfort with a huge grin on its face.

The art world is now a global business, of course, as is just about everything else. Facebook, Instagram, Twitter and Skype have become our new living room, our church, our megaphone – and, some would argue, our toilet, too. And, it seems everyone wants to sit on the throne and be heard. Life is now “all news, all the time” and humor is the unifying force that allows us to look in the mirror, if for no other reason than to get a quick reality check and, hopefully, a little truth. “HA HA! BUSINESS!” continues my quixotic interest in making sense of it all.

Yes, this is definitely a funny business! Ha ha.