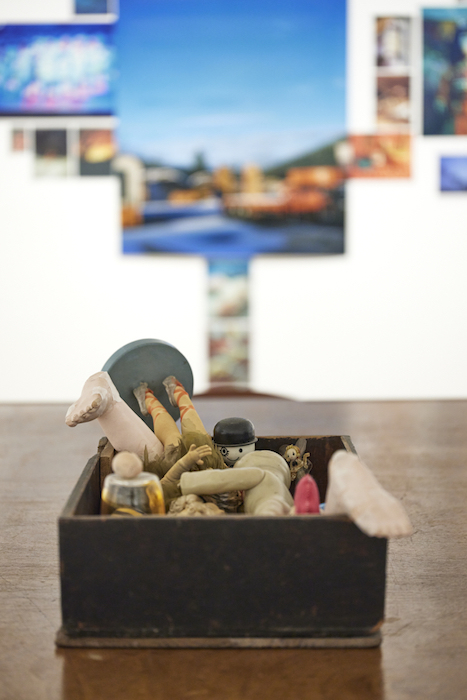 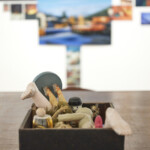 Taka Ishii Gallery Photography/Film is pleased to present “hanayo IV – Keep an Eye Shut I,” a solo exhibition by Hanayo.

Since the late 1980s Hanayo has pursued a multifaceted career encompassing the roles of geisha, model, actor, singer, performer, photographer and artist, developing an unconventional approach to expression based on a highly original worldview described by curator Jérôme Sans as “Hana-world.” Now, to mark the publication of the book “Keep an Eye Shut” covering thirty years of Hanayo’s photographic output, exhibitions will be held concurrently at three locations in Tokyo: POST, agnès b. galerie boutique, and Taka Ishii Gallery Photography/Film. The exhibition at Taka Ishii Gallery Photography/Film will focus primarily on Hanayo’s early works, from 1989 to 1996, including photos presented at her first solo show at the gallery, in 1996.

After joining the photography club at junior high school, Hanayo was given an Olympus half-frame camera by her father as a memento of her grandfather, and from around 1989 began photographing happenings around her, and people she encountered. At high school, as well as joining with friends to publish a zine they dubbed “High School Girls News,” she modeled for the novel “Tokyo Tongari Kids” serialized in culture magazine “Takarajima”. At nineteen she began training as a geisha, and was catapulted to icon status with appearances on Japanese TV and stage, and even further afield when she adorned the cover of British magazine “The Face” in geisha mode. Throughout these varied explorations she continued taking photographs, and in 1996, the year she moved to London, made her official debut as a photographer with the book “Hanayome”, noted for its vivid, vibrant images. After moving to Berlin in 1999 she met filmmaking genius Christoph Schlingensief and went on to appear in several of his theater and performance pieces. On returning to Japan in 2010, Hanayo embarked on her first venture into black and white photography, and remains based in Tokyo, where she continues to present new work.

This exhibition at Taka Ishii Gallery Photography/Film consists of works dating from the initial phase of Hanayo’s career, that is from around 1989, to her 1996 debut as a photographer. 1996 is also the year Hanayo gave birth to her beloved daughter Tenko, who would become a vital, indispensable motif in the realm of her works, but the photos here, predating the little girl’s birth, are dominated by images captured in a room of her childhood home in Tokyo, and during her studies in Paris. In contrast to works produced after her move to the UK, in which Tenko and other people around Hanayo appear frequently, these photos take as their subjects the art objects, dolls, and other toys she collected at the time, and offer up a surrealistic realm of snapshots from the fictional scenes she creates. Photographing whatever takes her fancy in her surroundings, whether that is a portrait, everyday landscape, or abstract image, and incorporating accidental products of photography like under- and over-exposure and uneven development alongside the seductive colors and delicate analog nuances of the half-frame camera, Hanayo has brought to fruition an imaginary world somehow different to that of reality. These features are already evident here and there in the early photos presented in this exhibition, demonstrating the consistency of her works across the whole of her oeuvre.

What exactly is expression? I don’t care how many hundreds of times I am embarrassed on stage, or whether I continue taking pictures until I die, or if I keep holding exhibitions for half a century. What I can say is that expression can only exist under freedom. (from Hanayo’s “Underworld: Half a Century”)

Impossible to pigeonhole, constantly unfolding new aspects of creative practice amid some unique expansions and associations across multiple artistic disciplines, by refusing to give most of her photographic works titles, or turn them into series, Hanayo rejects the idea of linking her works with any specific proper noun or category. Images thus dispatched into the world connect loosely through their unconventional tone, and through their liberation from additional information in the form of connotations of time, space, and place, form the photographic realm of Hanayo, with its admixture of this world’s beauty and ephemerality.

Hanayo was born in Tokyo in 1970. She studied in Paris while majoring in sculpture at Tamagawa University College of Arts.